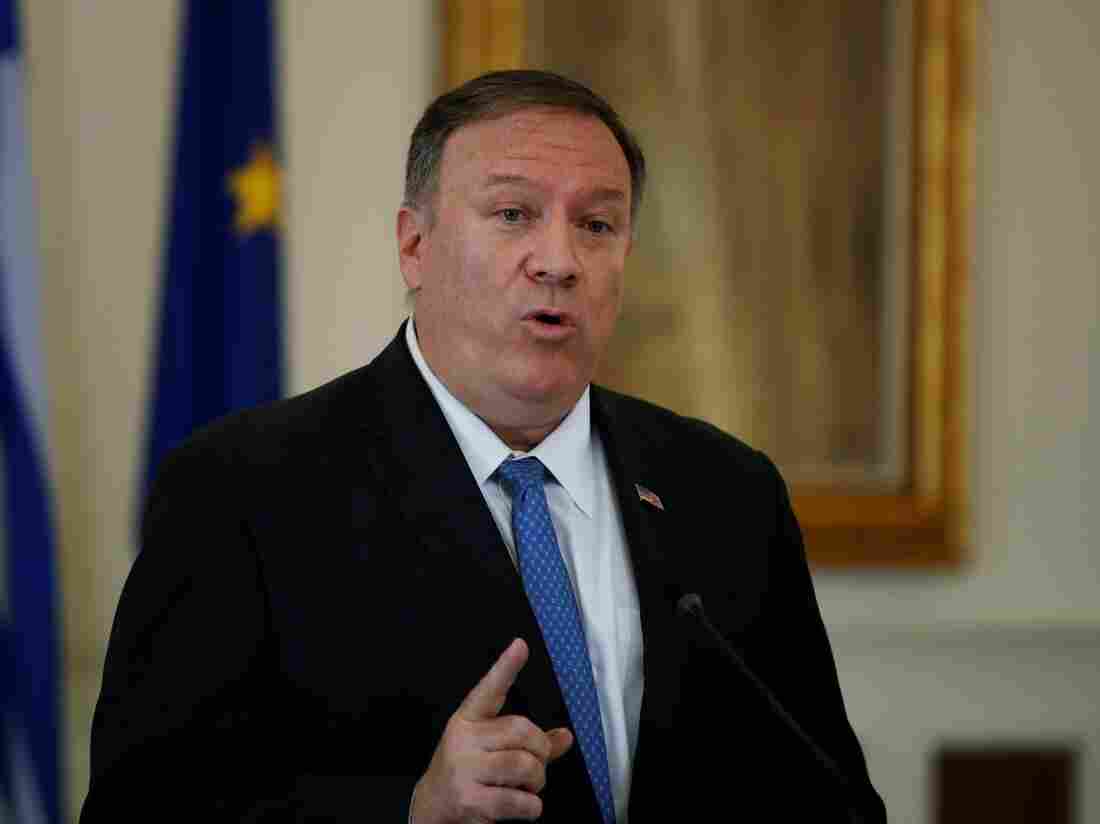 Secretary of State Mike Pompeo took a trip to Europe this week but was followed by allegations that he and other American diplomats helped to try to strong-arm Ukraine into aiding President Trump’s reelection campaign.

At a public meeting in Athens on Saturday, a Greek journalist asked Pompeo about the Ukraine-related investigation back home. Pompeo seemed exasperated by the question. “This is what’s wrong, when the world doesn’t focus on the things that matter … and instead, you get caught up in a silly gotcha game,” he said.

Earlier in the week, Democratic leaders of the impeachment inquiry in Congress accused Pompeo of “stonewalling” their investigation by refusing to turn over documents. Congressional investigators issued a subpoena for these documents on Sept. 27 and set a deadline of Friday, Oct. 4, for turning them over. At a press conference in Athens Saturday, Pompeo said he had responded with a letter on Friday evening, which he called “our initial response to the document request.”

“We’ll obviously do all the things that we’re required to do by law,” Pompeo said. “We’re going to be more responsive than the Obama administration was in the years that preceded this particular Congress.”

Pompeo is just one of the top Trump administration officials facing a demand for documents. Congressional investigators have delivered a subpoena to the White House and have sought documents from the office of Vice President Pence.

Neither of those offices appeared inclined to turn over documents. A spokesperson for Pence’s office told The New York Times that “it does not appear to be a serious request,” but rather, an attention-getting maneuver.

By all appearances, the President’s brazen and unprecedented appeal to China and to Ukraine to investigate Joe Biden is wrong and appalling.

Trump fired back on Saturday morning, also on Twitter. “Somebody please wake up Mitt Romney and tell him that my conversation with the Ukrainian President was a congenial and very appropriate one,” he wrote.

In a follow-up tweet, Trump called Romney a “pompous ‘ass’ who has been fighting me from the beginning.”

Somebody please wake up Mitt Romney and tell him that my conversation with the Ukrainian President was a congenial and very appropriate one, and my statement on China pertained to corruption, not politics. If Mitt worked this hard on Obama, he could have won. Sadly, he choked!