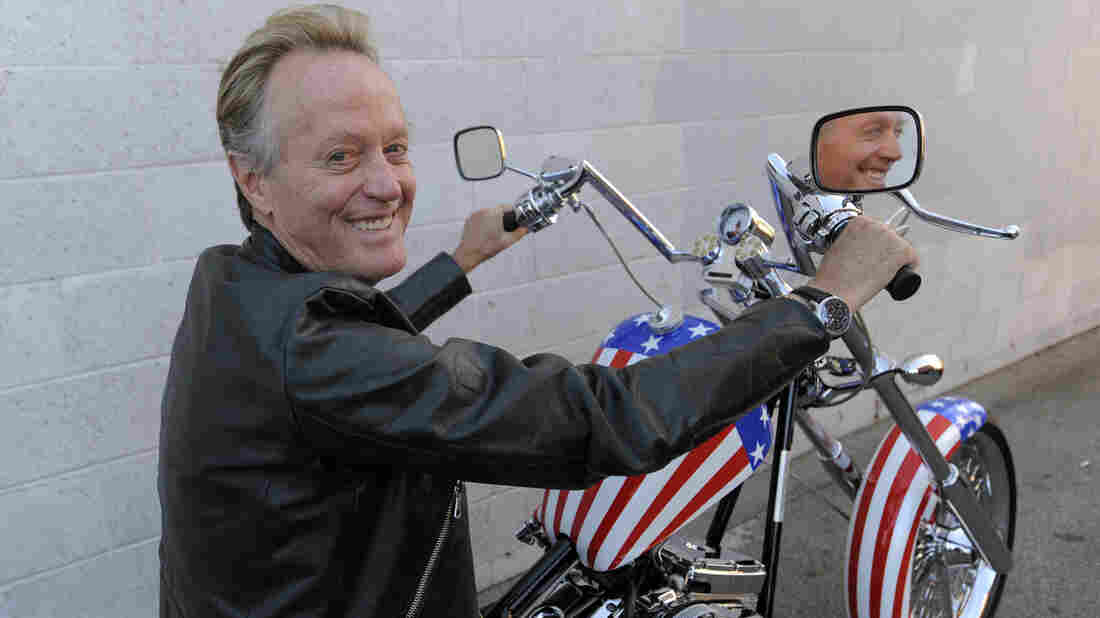 Peter Fonda poses in 2009 atop a Harley-Davidson motorcycle based on the one he rode in the 1969 film Easy Rider.

Actor Peter Fonda, best-known for his iconic role as a free-spirited motorcycle rider in the 1969 counterculture classic Easy Rider, died Friday at his home in Los Angeles at the age of 79. The cause of his death was respiratory failure due to lung cancer, according to a family statement released to People magazine.

“In one of the saddest moments of our lives, we are not able to find the appropriate words to express the pain in our hearts. As we grieve, we ask that you respect our privacy,” the Fonda family wrote.

“And, while we mourn the loss of this sweet and gracious man, we also wish for all to celebrate his indomitable spirit and love of life,” they added. “In honor of Peter, please raise a glass to freedom.”

Peter Fonda was the only son of Hollywood legend Henry Fonda and socialite Frances Seymour Brokaw. He was also the brother of actress Jane Fonda.

Peter Fonda had a brief film career in the mid-1960s before his breakout performance as Wyatt in Easy Rider, costarring Dennis Hopper and Jack Nicholson. Fonda produced and co-wrote the film, earning an Academy Award nomination for best original screenplay.

He was later nominated for an Oscar for best actor in the 1997 film Ulee’s Gold.