Pence Chief Of Staff Tests Positive For The Coronavirus 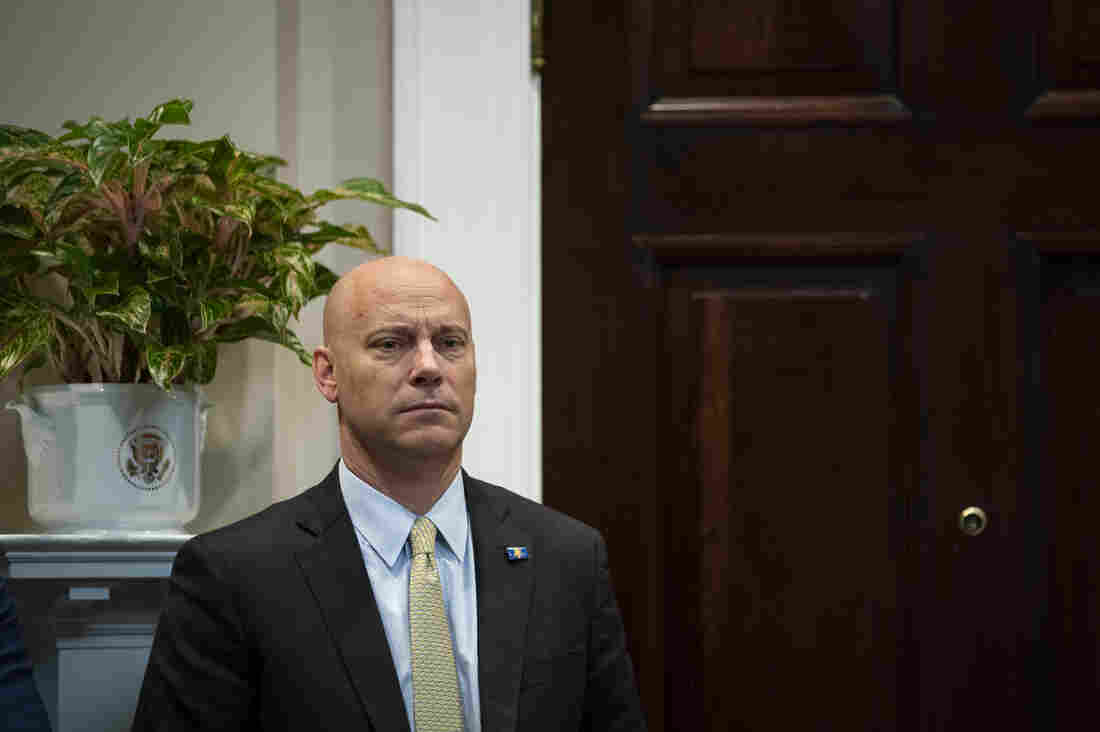 Marc Short, the chief of staff to Vice President Mike Pence, tested positive for the coronavirus on Saturday, making him the closest aide to Pence and the latest senior White House official to contract the virus.

The confirmation comes as Pence — who tested negative on Saturday — criss-crosses the country for rallies in swing states as he and President Trump fight to win reelection in the remaining days of the campaign.

Trump’s handling of the pandemic has been the central issue in his campaign. More than 224,000 people have died from the virus in the United States, and more than 8 million people have been infected. Cases have been surging recently, and daily case levels hit a record high on Friday. Millions of people have been thrown out of work because of shutdowns and other changes forced by the pandemic.

Trump, who had the virus and was hospitalized earlier this month, has insisted that the country has rounded the corner on the pandemic, and has bristled at coverage of the new surge.

The Fake News is talking about CASES, CASES, CASES. This includes many low risk people. Media is doing everything possible to create fear prior to November 3rd. The Cases are up because TESTING is way up, by far the most, and best, in the world. Mortality rate is DOWN 85% plus!

Trump told reporters traveling with him back from a two-day trip to rallies in Florida, North Carolina, Ohio and Wisconsin that he had “just now” heard about Short’s diagnosis. “I think he’s quarantining,” Trump said. “He’s going to be fine.”

Pence, who is the head of the White House coronavirus task force, will carry on with his campaign schedule, a spokesman said late Saturday evening.

“While Vice President Pence is considered a close contact with Mr. Short, in consultation with the White House Medical Unit, the Vice President will maintain his schedule in accordance with the CDC guidelines for essential personnel.”

Since Sunday, Pence has appeared at 10 rallies in seven states: Maine, Pennsylvania, New Hampshire, Ohio, Michigan, Indiana and Florida. On Monday, he is scheduled to appear at rallies in Kinston, N.C., and Hibbing, Minn.

Short did not travel with Pence on Saturday to rallies in Lakeland and Tallahassee, Fla., and aides deemed to have had close contact with Short were pulled from the trip before departure, White House reporters who traveled with Pence were later told.