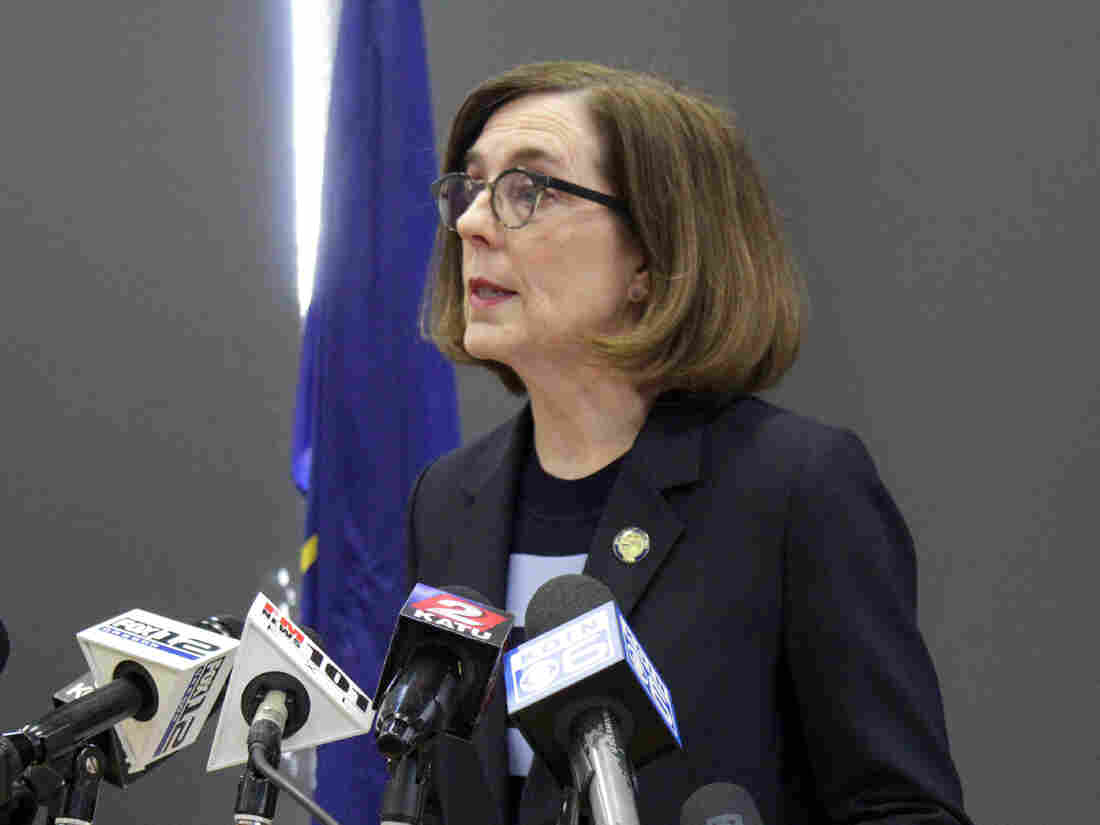 Oregon Gov. Kate Brown announced a statewide ban on indoor dining at bars and restaurants at a press conference in Portland on March 16. Nearly four months later, with COVID-19 cases on the rise after a phased-in economic reopening, she announced new restrictions including a 10-person limit on social gatherings.

As coronavirus cases continue to climb in the U.S., two governors on opposite sides of the country took a similar step on Monday: reducing the number of people allowed at social gatherings, among other restrictions.

Gatherings of up to 25 people were allowed in Phase One of the state’s reopening plan, and indoor limits increased to 50 for counties that reached Phase Two.

Oregon recorded 332 new cases on Sunday, bringing its cumulative total to 12,170. Brown said on Monday the state reported more cases in the past week than the entire month of May.

“Today we are sounding the alarm because we are at risk of letting the virus spiral out of control,” she said. “The question now is whether Oregon will be the next New York or the next Texas.”

Justice also ordered all bars closed for ten days in Monongalia County, which has seen a significant uptick in infections and had 340 active cases as of Monday.

“We want everyone to know this is not playtime stuff,” Justice told viewers at a daily briefing. “We now, in West Virginia, have 1,338 active cases. We have grown 206 active cases since I saw you the last time on Friday.”

Governors in both states stressed that the new limits apply only to social gatherings.

Justice said the new order does not cover any activity, business or entity designated as essential, such as religious services or group conferences. Attendees of such events must practice social distancing based on Centers for Disease Control and Prevention recommendations, he said.

And Brown said Oregon’s new rule would not change the operation of businesses or churches “at this time.” She added failure to comply will lead to more outbreaks, as well as more restrictive closures.

“We need to do absolutely everything we can to reduce transmission in ways that do not require us to close down businesses again,” Brown said. “The proof here will be in the numbers. Either people will adhere to this requirement and be a positive force for stopping COVID-19, or I will be forced to take more restrictive measures.”

Governors across the country are reimposing certain restrictions to combat the spread of the virus, though few have officially rolled back limits on social gatherings.

Many of the latest measures have been aimed at bars and other indoor establishments.