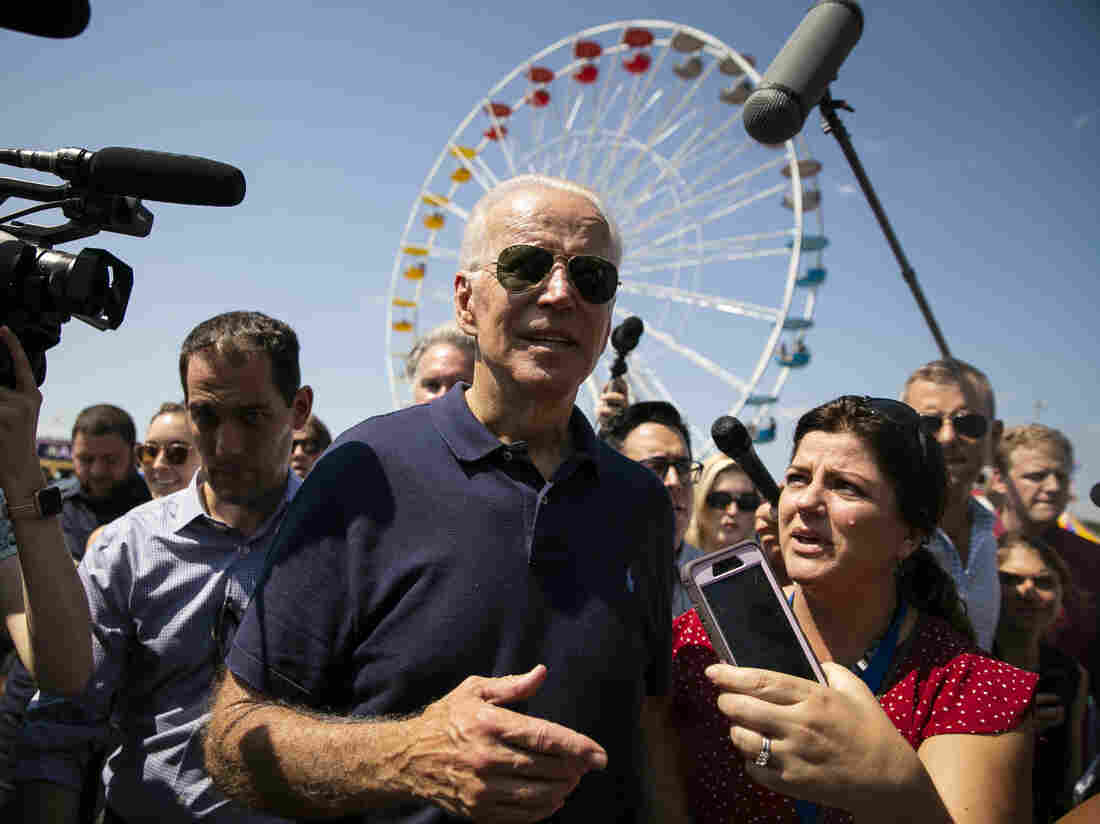 Joe Biden, the former Vice President and Democratic presidential candidate, is accusing President Trump of “an overwhelming abuse of power.”

Biden’s comments on Saturday come amid reports that President Trump urged the leader of Ukraine, Volodymyr Zelensky, to investigate Biden’s son during a phone conversation this summer.

According to multiple reports, what was allegedly said during that July 25 conversation between Trump and the Ukrainian president is now at the center of an intelligence community whistleblower complaint that has roiled the White House.

Speaking to reporters at the Iowa Steak Fry, Biden said that if the reports are true, Trump crossed a line.

“Trump’s doing this because he knows I’ll beat him like a drum,” Biden said. “And he’s using the abuse of power and every element of the presidency to try to do something to smear me.”

Trump and his allies allege that while vice president, Biden sought to have a Ukrainian prosecutor that was reportedly looking into his son Hunter’s business affairs fired. In 2014, Hunter Biden was a board member of a Ukrainian energy company called Burisma Holdings.

According to a report by Bloomberg in May, the prosecutor general in Ukraine said there was no evidence that either of the Bidens committed any wrongdoing.

The older Biden was asked by reporters Saturday if he ever had discussions with his son about Hunter’s business dealings. He denied ever doing so.

He then turned the discussion back to President Trump.

“I know Trump deserves to be investigated,” Biden said. “He’s violating every basic norm of a president.”

….story about me and a perfectly fine and routine conversation I had with the new President of the Ukraine. Nothing was said that was in any way wrong, but Biden’s demand, on the other hand, was a complete and total disaster. The Fake News knows this but doesn’t want to report!

Biden has called for the release of the phone transcript of the Trump conversation.

Earlier Saturday, Trump in a series of tweets doubled down on his stance that he did nothing wrong in his conversation with the Ukrainian president.

He called it “a perfectly fine and routine conversation” where “nothing was said that was in any way wrong.”

The Wall Street Journal reported on Friday that Trump “repeatedly pressured” the Ukrainian leader “about eight times” to work with his personal attorney, Rudy Giuliani, on a probe of Hunter Biden.

The Washington Post reported that the conversation also included an unspecified “promise” made by President Trump.

A little more than two weeks after that conversation, on Aug.12, the acting Inspector General of the Intelligence Community, Michael Atkinson, said his office received a disclosure involving an alleged “urgent concern.”

The Trump administration has so far ignored calls to release the contents of the whistleblower complaint, even though congressional Democrats say they are legally entitled to the information.

House Speaker Nancy Pelosi, D-Calif., said in a statement Friday, that Congress “must be sure” the administration is engaging in national security and foreign policy that’s “in the best interest of the American people.”

“The Administration’s blocking of Acting [Director of National Intelligence] Joseph Maguire from providing Congress with the whistleblower complaint violates the federal statute, which unequivocally states that the DNI ‘shall’ provide Congress this information,” Pelosi said.

Trump on Saturday accused the media and Democrats of trying to protect the Democratic front-runner.

He even gave the controversy a new moniker: the “Ukraine Witch Hunt.”