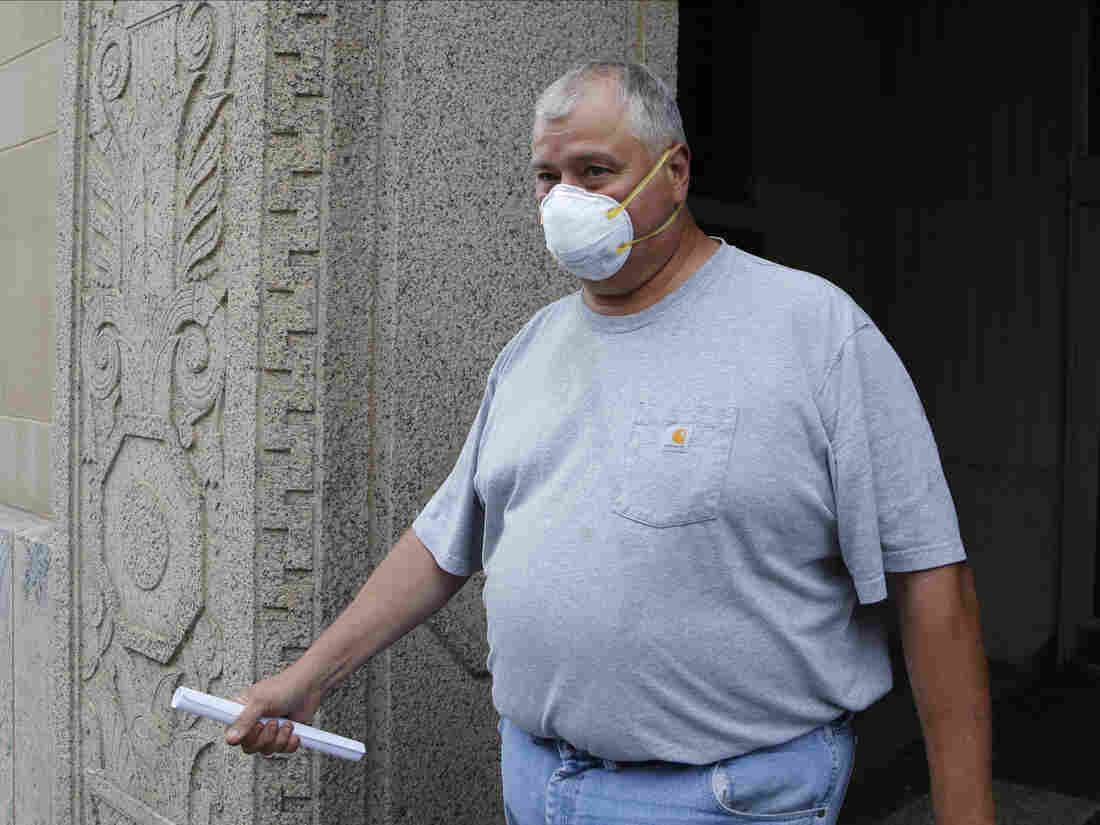 State Rep. Larry Householder, pictured leaving the federal courthouse after an initial hearing on July 21, was removed and replaced as Ohio House Speaker following his indictment on Thursday.

Hours after voting unanimously to remove Larry Householder as its speaker on Thursday, members of the Ohio House of Representatives elected state Rep. Bob Cupp to replace him.

Householder was arrested last week in connection with a $60 million racketeering conspiracy involving a 2019 nuclear power plant bailout bill that he helped pass, allegedly in exchange for payments. On Thursday, a federal grand jury indicted Householder with conspiracy to commit racketeering, a charge punishable by up to 20 years in prison.

Member station WOSU reports that shortly afterward the indictment was announced, the speaker pro tempore called the House into session for a removal vote. The motion passed 90-0.

“There is a responsibility that comes with holding such a title and leadership role, and I commend the House members for taking recent allegations seriously and moving quickly on this issue,” Ohio Republican Party Chairman Jane Timken said in a statement. “Ohioans deserve representation that is not tainted by greed or deceit.”

The Republican-controlled House did not vote on whether to expel Householder from the legislature, WOSU reports, and he is running unopposed for reelection in the fall.

House members reconvened later in the day to elect the new speaker. Cupp was the only candidate up for the position after his remaining opponent, term-limited speaker pro tempore Jim Butler, withdrew his name from consideration.

The final tally was 55-38. House Minority Leader Emilia Strong Sykes said in a statement that every member of the Democratic Caucus voted against Cupp.

Cupp, who represents Lima, is a former four-term state senator and Ohio Supreme Court justice. He is currently serving his third term in the Ohio House.

After Thursday’s vote, he was sworn in by Ohio Supreme Court Justice Judi French.

“It is a great privilege to lead this chamber,” Cupp said in an address to the chamber, according to WOSU. “Sorry it is in such difficult and trying and unprecedented times as this, however, but I pledge to do so honorably and fairly and humbly.”