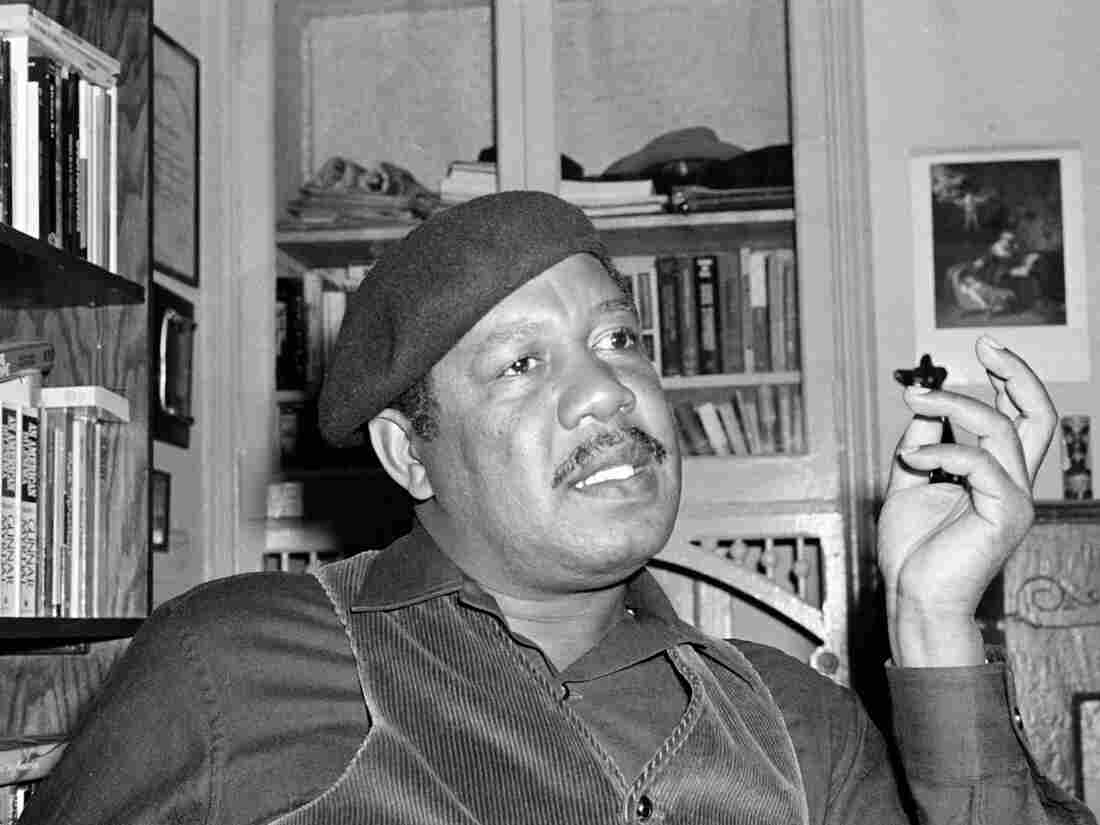 Author Ernest J. Gaines, who wrote The Autobiography of Miss Jane Pittman, shown in his San Francisco home in 1977. His poor childhood on a small Louisiana plantation inspired eight novels.

Novelist Ernest J. Gaines, acclaimed author of The Autobiography of Miss Jane Pittman, and other novels about the struggles of African Americans in rural Louisiana, died at his home in Oscar, La., Tuesday at the age of 86.

Gaines died in his sleep of cardiac arrest, according to The Associated Press, citing the Baton Rouge Area Foundation. He is survived by his wife Dianne Saulney Gaines, four stepchildren and nine siblings.

The son of sharecroppers, Gaines was born on a plantation in Pointe Coupee Parish, near Baton Rouge. He attended school for little more than five months out of the year. But that was more education than his family before him had received. He would say later in life that his ear for the stories of his elders was developed as he wrote letters for adults who couldn’t read or write.

In the late 1940’s, at the age of 15, his family moved to the northern California city of Vallejo, about 30 miles north of San Francisco. He told interviewer Lawrence Bridges that in California he could do something that had been forbidden in the South: visit a library. Gaines later attended San Francisco State University. His early writing earned him a Wallace Stegner fellowship at Stanford University.

Gaines returned to Louisiana in 1963, inspired by James Meredith’s bid to enroll in the then-all-white University of Mississippi. He took it as a sign that the South was changing and that he could be a part of that change.

Less than 10 years later, in 1971, he published the novel that brought him attention, The Autobiography of Miss Jane Pittman. It told the story of a black woman born as a slave who lives long enough to witness the civil rights era. It was later adapted for a television movie in 1974 starring Cicely Tyson and won nine Emmy Awards.

Gaines would later say that the fictional Jane Pittman was modeled after his disabled great-aunt, Augustine Jefferson, who could not walk, but was strong enough to raise a family.

Another novel, A Gathering of Old Men, a tale of a group of aging black men sharing stories about their lives in rural and segregated Louisiana, published in 1983, was made into a movie in 1987.

Gaines won the National Book Critics Circle Award in 1993 for his novel A Lesson Before Dying, a story about a young Southern black man waiting to be executed for a crime he did not commit. It later became a best-seller.

Gaines was honored with numerous other awards including a Guggenheim Fellowship and grants from the National Endowment for the Arts. He was named a MacArthur Fellow — the coveted “genius grant”– in 1993. President Bill Clinton awarded Gaines the National Humanities Medal in 2000. In 2013, President Barack Obama awarded him the National Medal of Arts.

With the earnings from his books and television movies, Gaines built a home on plantation land he had worked as a child and near a cemetery where his family members were buried.

In an interview with Fourth Quarter 2007, published by the Baton Rouge Area Foundation, Gaines talked about his home in False River, La. — the nexus between the past and the present, and between the land and his ancestors whose lives and labor inspired his work.

“If Auntie [Augusteen Jefferson] could sit here with me, or my stepfather who took me away from here, or my Uncle George, who used to take me to those old beat-up bars in Baton Rouge—if I could, I’d just buy him a good glass of Gentleman Jack, and we could sit here and talk. Oh, I wish I could do that.”