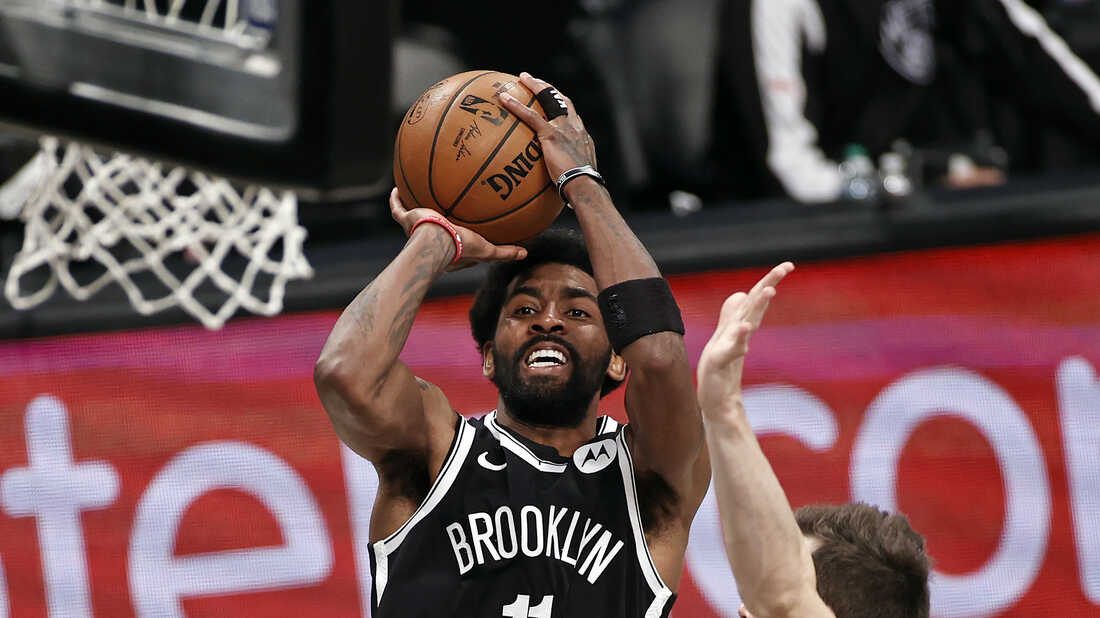 Although the team is barred by law from revealing a player’s vaccination status, Irving has been listed as “ineligible to play” in a preseason game scheduled for Thursday against the Minnesota Timberwolves.

“Given the evolving nature of the situation and after thorough deliberation, we have decided Kyrie Irving will not play or practice with the team until he is eligible to be a full participant,” Marks said in a statement, adding that the player had made “a personal choice” and that “we respect his individual right to choose.”

However, “the choice restricts his ability to be a full-time member of the team, and we will not permit any member of our team to participate with part-time availability,” Marks said.

The announcement follows a New York City mandate that went into effect last month requiring everyone over the age of 12 to have proof of at least one COVID-19 vaccine shot to use indoor gyms, including the Nets’ own Barclays Center in Brooklyn.

Irving dodged several questions from reporters earlier this month about his vaccination status. During a news conference that he attended remotely, Irving told one reporter that he wanted “to keep that stuff private,” adding that he would “handle it the right way with my team and go forward together with a plan.”

Irving could reportedly lose about $380,000 per home game while he’s on the roster as ineligible.

The Nets had hoped that Irving would change his mind about vaccination in time to head off just such a dilemma that would keep him from playing, but ESPN reports that in recent days, “the franchise’s collective patience will be increasingly tested the longer that Irving stops short of committing to join the team on a full-time basis.