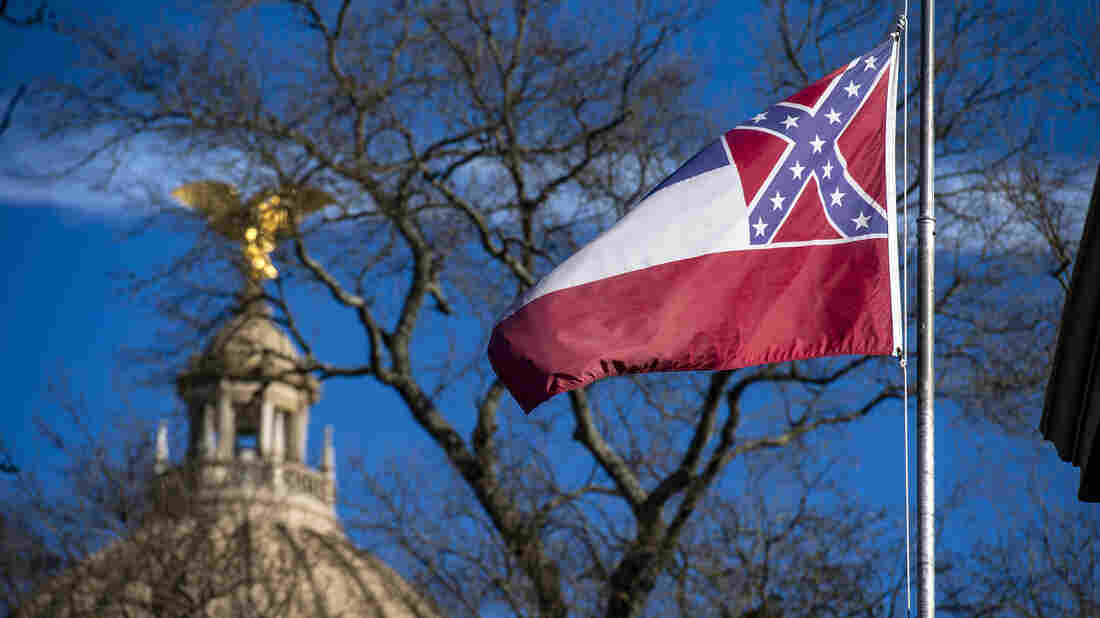 The flag of the state of Mississippi flies in front of the Mississippi State Capitol dome on Jan. 10, 2019. Lawmakers have cleared the way for legislation to remove and replace the flag.

Lawmakers in Mississippi cleared the way to remove the Confederate battle emblem from the state flag on Saturday.

The state House and Senate both approved a resolution to suspend legislative deadlines and introduce a bill to have a commission redesign the 126-year-old state flag. Debate on that is expected on Sunday and it’s expected to pass.

“The argument over the 1894 flag has become as divisive as the flag itself and it’s time to end it,” Reeves wrote in a Facebook post on Saturday. “If they send me a bill this weekend, I will sign it.”

Reeves had long opposed the idea of changing the state symbol, which bears the Confederate battle flag at the top left corner, unless it was voted on by Mississippians. In 2001, voters in the state had just that chance, but they ultimately voted to keep the flag as it was designed.

“By changing our flag, we don’t abandon our founding principles,” Republican Speaker Pro Tempore Jason White said ahead of the vote, according to The Washington Post. “We embrace them more fully by doing what is right. We’re not moving further away from our Founding Fathers’ visions. We’re moving closer to them. We’re not destroying our heritage; we’re fulfilling it.”

The resolution calls for the immediate removal of the current flag and for a commission to design a new flag in which all Confederate symbols will be removed and the words “In God We Trust” will be added. The new design will be put to a public vote in November. If voters reject it, the commission will try again.

“Change is hard,” Republican House Speaker Philip Gunn said on Saturday, according to the Mississippi Clarion-Ledger. “People are going to resist initially, but I think over time it’s going to be proven that this was the right decision. We’re poised to reach our full potential now.”

“We should not be under any illusion that a vote in the Capitol is the end of what must be done — the job before us is to bring the state together and I intend to work night and day to do it,” Reeves wrote on Facebook on Saturday.