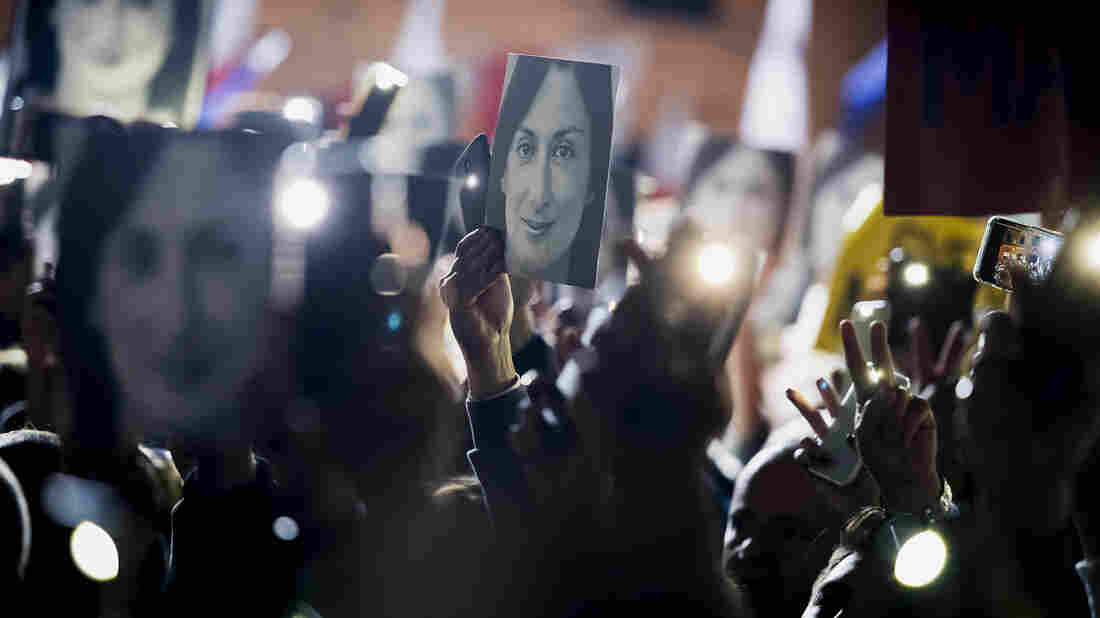 Demonstrators raise pictures of slain journalist Daphne Caruana Galizia during a demonstration outside Maltese Prime Minister Joseph Muscat’s office late last month. During a televised address Sunday night, the premier announced he would be resigning amid pressure over the reporter’s death.

Maltese Prime Minister Joseph Muscat has bowed to mounting popular pressure and announced his plans to resign in the new year. The embattled premier, beset with questions about the unsolved murder of an investigative journalist, answered by voicing his “deep regret” over the incident in a televised address Sunday evening.

He said he had told the president of the small Mediterranean republic, George Vella, that he would step down as leader of the governing Labour Party on Jan. 12. “In the days afterward,” he added, “I will resign as prime minister.”

“Feelings of genuine sadness and anger for this murder are justified,” he said. “In the same way, violence and disorder, in the pretext of protest, are not justified in a democracy.”

The announcement caps weeks of escalating criticism of Muscat and his government over their response to the 2017 car bomb killing of reporter Daphne Caruana Galizia. The investigative journalist had been known widely in Malta for her dogged pursuit of government corruption — quite a bit of which she unearthed by carefully perusing the massive Panama Papers leak, which has revealed a slew of inappropriate financial moves by politicians across the world.

The same day that she wrote the final post on her blog, a scathing article that lambasted “that crook” Keith Schembri, Muscat’s then-chief of staff. “There are crooks everywhere you look now. The situation is desperate,” she wrote Oct. 16, 2017 — just hours before an explosive device erupted beneath her seat in the car.

After roughly two years, during which time law enforcement charged three men with planting and detonating the bomb, investigators struggled to find the folks who put them up to it. Until lately, the effort proved largely fruitless. That changed with the recent arrest of Yorgen Fenech, a 38-year-old gambling and real estate magnate whose business activities have been linked with members of Muscat’s inner circle, including Schembri and Tourism Minister Konrad Mizzi.

Last week both Schembri and Mizzi resigned under pressure, and Economy Minister Christian Cardona also announced a self-imposed suspension from office while the probe continues.

Schembri and Mizzi were also brought in for questioning by the police. Over the weekend, Fenech was charged with being complicit in Caruana Galizia’s assassination. All three men maintain their innocence. 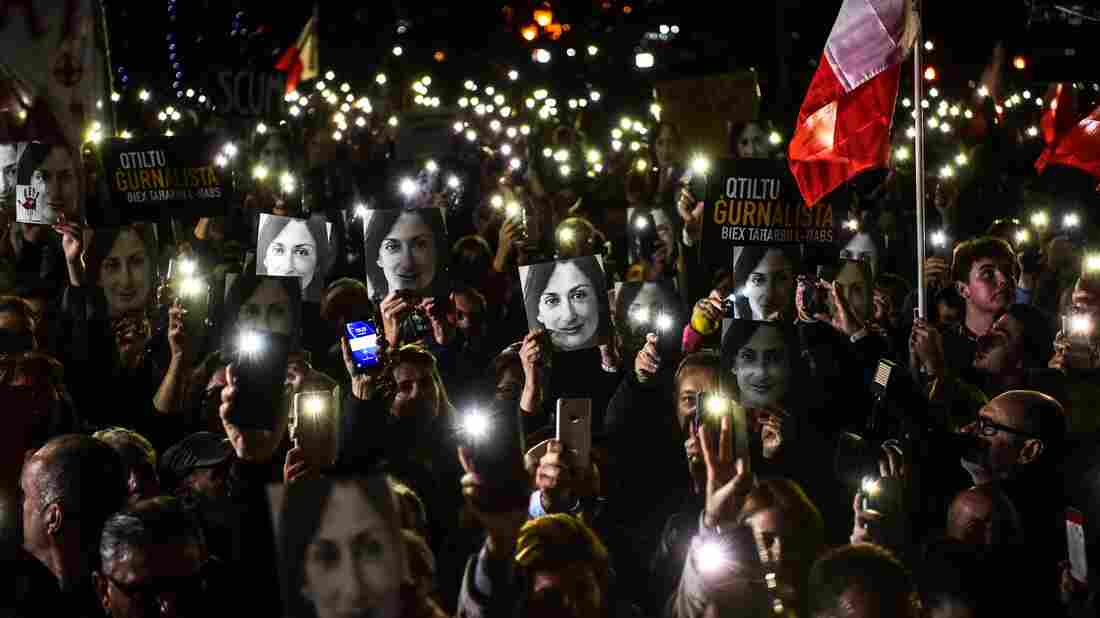 Protesters bearing placards and photos of Daphne Caruana Galizia gather for a rally called by the journalist’s family last week in Valletta, Malta.

These prominent departures and developments in the case have done little to satisfy critics, however, many of whom remain deeply wary of the national leadership. Protesters assembled last week outside the country’s Parliament building, raising chants of “murderer” and demanding his immediate ouster, while opposition lawmakers and business representatives alike have also called for Muscat to resign.

It remains unclear to what degree Muscat’s announcement Sunday will ease that pressure.

“Not only did these people kill or facilitate the killing of my mother, but they tried covering it up — layer upon layer of crime and corruption,” Caruana Galizia’s son Paul explained in a podcast episode late last month for the British publication Tortoise.

After Muscat’s address on Sunday, Caruana Galizia’s son and family made it clear they remain unconvinced. Muscat merely “delayed his resignation in an attempt to continue protecting himself and Schembri,” said the late journalist’s family. “There is no alternative explanation.”

“His continued tenure as prime minister is intolerable to anyone who cares about justice. His role in the investigation into our wife and mother’s assassination is intolerable,” they continued in their statement. “Until he resigns, we will use all legal remedies to ensure Muscat has no further involvement in the investigation and criminal proceedings, other than as a possible suspect.”

As for Muscat, who is now in his second term after coming into office in 2013, his speech did not draw a direct link between his resignation and the allegations swirling around the journalist’s killing. Instead, he asserted simply: “This is what needs to be done.”

“I reiterate my deepest regret that a person, who, with all her positive and negative qualities and contribution toward the democracy of our country, was killed in such a brutal way.”