Janelle Monáe Wants To Represent The Underdog — In Music And Onscreen 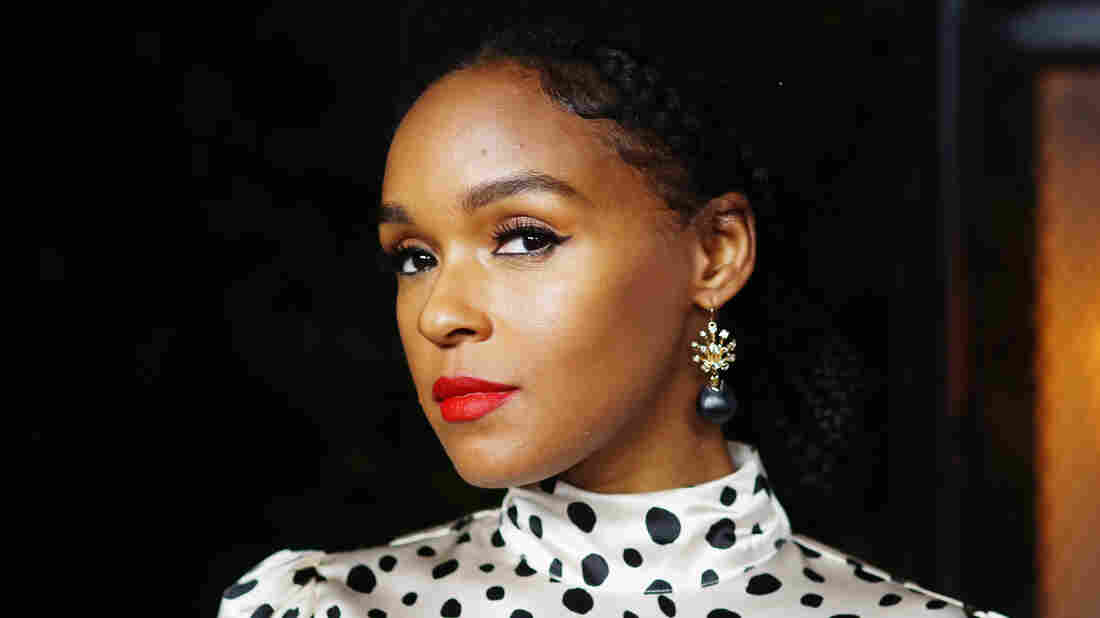 Janelle Monáe’s film roles include Moonlight and Hidden Figures. Her most recent album is Dirty Computer.

Janelle Monáe is interested in what it means to represent minority groups in art and music. In season 2 of the Amazon series Homecoming, she stars as a military veteran who wakes up in a rowboat — unable to remember who she is or how she got there.

“One of the things that really drew me in [to Homecoming] is getting an opportunity to play this vet and have a deeper conversation about how we treat our vets who are … dealing with PTSD,” she says.

“I’m always gonna want to represent the underdog,” Monáe says. She adds that the role on Homecoming spoke to “what happens when those in the position of power strip you of your identity and strip you of the things that make you special.”

For Monáe, that question is a continuation of a theme she’s explored extensively in her music. Her most recent album, Dirty Computer, was a meditation on — and a declaration about — her life as a black, queer artist.

“I always rebel and rebuke,” she says.

On her journey to being able to say publicly — and at the Oscars — that she’s a proud queer, black woman

I think one of the things that I was dealing with was abandonment issues. …. One of the things that I dealt with growing up was [that] my father was in and out of my life, on drugs, in and out of prison, and he was really sick. … He’s healthy now. We are in a much better space. And I didn’t realize that all of my, I guess, lack of not opening up was tied to having these abandonment issues. … As loving as my family was, I thought, “What if they abandoned me?” Because I come from a Baptist family who’s very religious, I grew up listening to certain pastors say to me and say to the congregation, “If you are not heterosexual or if you’re or bisexual or queer you’re going to hell.” And for me, a lot of it had to do with what would my family think. Well, like, I don’t want my family to abandon me in the same way that I felt like my dad did growing up. …

I needed to heal and I did. And I healed through therapy. I healed through conversations. It turns out not everybody in my family understands what it means to be me and what it means to be a part of the LGBTQIA+ community. But I’m educating them, and they’re finding out. It took having those conversations for me to feel comfortable enough to stand up on the Oscars, to stand on the records that I made, and to stand for what I represent right now in this point in time in my life.

On the concept behind her single, “Make Me Feel,” about bisexual identity

I wanted to make sure that if anyone felt like because they saw me in my tuxedo or saw me fully clothed and used me for respectability politics, this was the song that I wanted to piss them off with. … Pretty much that album, it was weeding out folks who tried to place me in their little safe category. This was the rise of the Dirty Computer. …

[I wanted] to pay homage to my working-class parents. … My mom served food. She did have to wear a tuxedo uniform when she was catering. And my dad was a trash man and drove trucks and helped clean up the city. My parents were essential workers, and I, early on, wanted to pay homage to them and all those who were wearing uniforms. … So that was one reason why I was constantly wearing the black-and-white tuxedo. And then I wanted to rebel against the gender norms and what it meant to dress like a woman or what it meant to dress like a man.

On collaborating with Prince shortly before his death in 2016

Prince … was working with me on Dirty Computer before he transitioned on and Prince was helping, sending me song inspirations and we were going back and forth. And so when he transitioned on, I felt that I had to continue to finish that album. And I was always asking myself, “What would Prince do?” in these moments whenever I couldn’t figure out a lyric or music or instrumentation or melody.

It was one of the first times I felt very afraid. Living in Atlanta, Ga., and there were white supremacists and neo-Nazis going around to little black kids’ birthday parties and holding up the Confederate flag. There was a lot going on in the country during that time and I didn’t know if this was going to embolden them, at the time, to do something to people like me who were speaking out against racism and sexism and xenophobia and Islamophobia, and everything that they represent. I just didn’t know. And so I started to just have anxiety attacks about it, and I’m thankful I didn’t let that stop me, because I think what that album represented, especially one of my songs, “Americans,” … deals with that. It deals with how I’m not going to back down and we’re not going to back down and become silent and quiet and watch this president tear this country apart and tear down the people that helped build this country.

My ancestors built this country. They helped build the White House. And so that just says: I’m American and you will never take that away from me. And we’re not running, we’re not hiding. We’re not allowing you to dominate us.

On her first acting role, in the Oscar-winning film Moonlight

When I read Moonlight, I knew that that was a special film. I didn’t know that it was going to win an Oscar because … I didn’t think that a cast of basically all black people would get that opportunity to win Best Picture, especially a small indie-feeling film like that. And I mean, it was just so specific. It was undeniable, the story and my role, my character as Teresa, she represented so many aunts and mother-like figures. I think she was a great example of how to nurture someone who is trying to uncover their identity and trying to understand more about their sexuality — just how to listen.

On how she’s doing right now during the coronavirus pandemic

I’m having to look at my schedule and having to cross off all things that are not happening and financially, you know, a lot of that is hurting me as well. But I’m not in the same predicament as, let’s say, like a single mom with five kids who just got laid off. And so what I’m doing is I’m understanding that, yes, we are all going through different stages of this and it’s impacting us in ways. But it’s like, listen, we’re going to have to pull together and help one another. And one of the things that I am doing is I’m not making music right now. I’m not really inspired, because music is so rooted to my reality. … And right now, I’m having a hard time grasping reality. I’m having a hard time understanding this new reality. That’s what I’m trying to do, just realizing that we can’t depend on this administration right now. We’re gonna have to listen to the scientists and we’re gonna have to continue to uplift the real heroes who are our central workers, the nurses and doctors and those who are delivering our food for us and risking their lives and their own health to ensure that we have what we need.

Heidi Saman and Thea Chaloner produced and edited this interview for broadcast. Bridget Bentz, Molly Seavy-Nesper and Meghan Sullivan adapted it for the Web.