Israel To Relax Its Second Nationwide Coronavirus Lockdown On Sunday 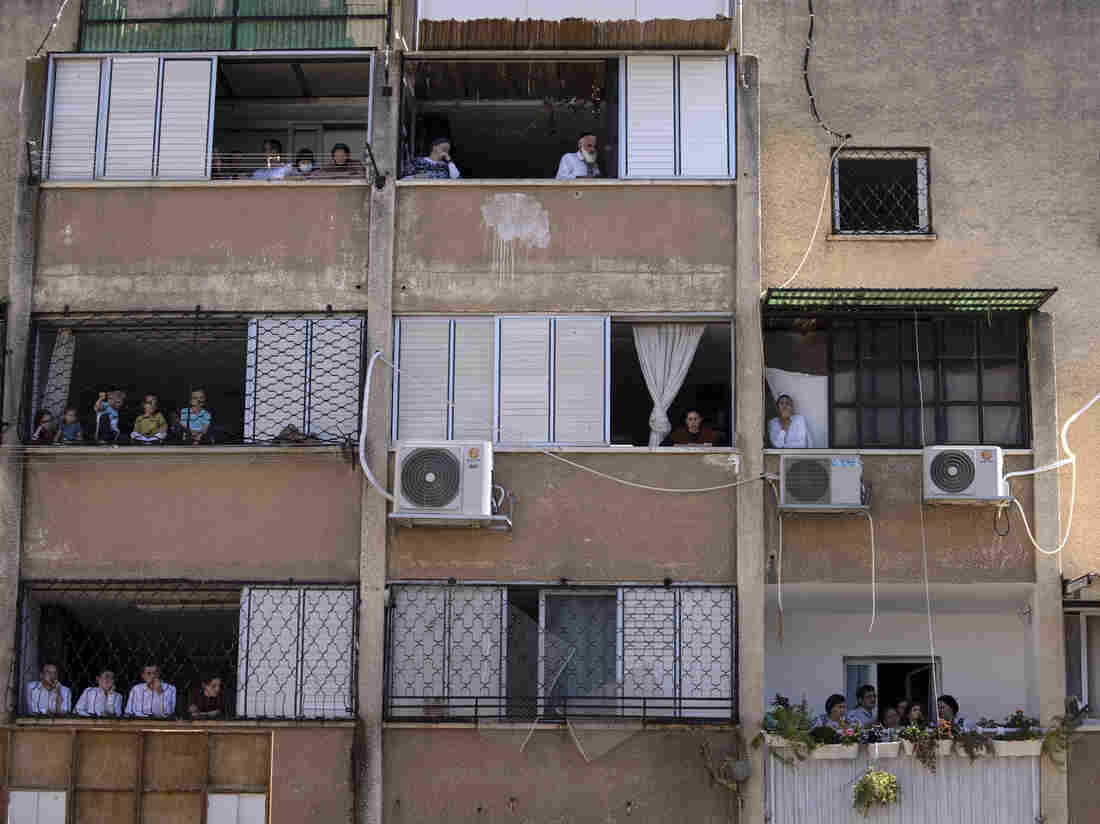 Ultra-Orthodox Jews watch a funeral for Rabbi Mordechai Leifer from their balconies in the port city of Ashdod, Israel, on Oct. 5. The rabbi, who had been the spiritual leader of a small ultra-Orthodox community founded a century ago in Pittsburgh, died after being infected with COVID-19.

Israel, which imposed the world’s strictest second nationwide lockdown, will be loosening some restrictions this weekend.

After a four-week lockdown, including a ban on movement beyond one-third of a mile from home, the country has dramatically brought down its number of infections.

On Sept. 30, Israel’s health ministry reported there were 9,013 new cases, among the world’s highest per capita daily infection rates. On Thursday, there were 1,608 new cases.

Israel’s cabinet voted Friday to partially relax the country’s lockdown beginning Sunday. Earlier this week, the country lifted a ban on travel abroad and a ban on Israelis protesting in groups larger than 20. Critics accused Netanyahu of seeking to quash months of protests outside his residence. Demonstrators were calling for his resignation due to a corruption indictment. 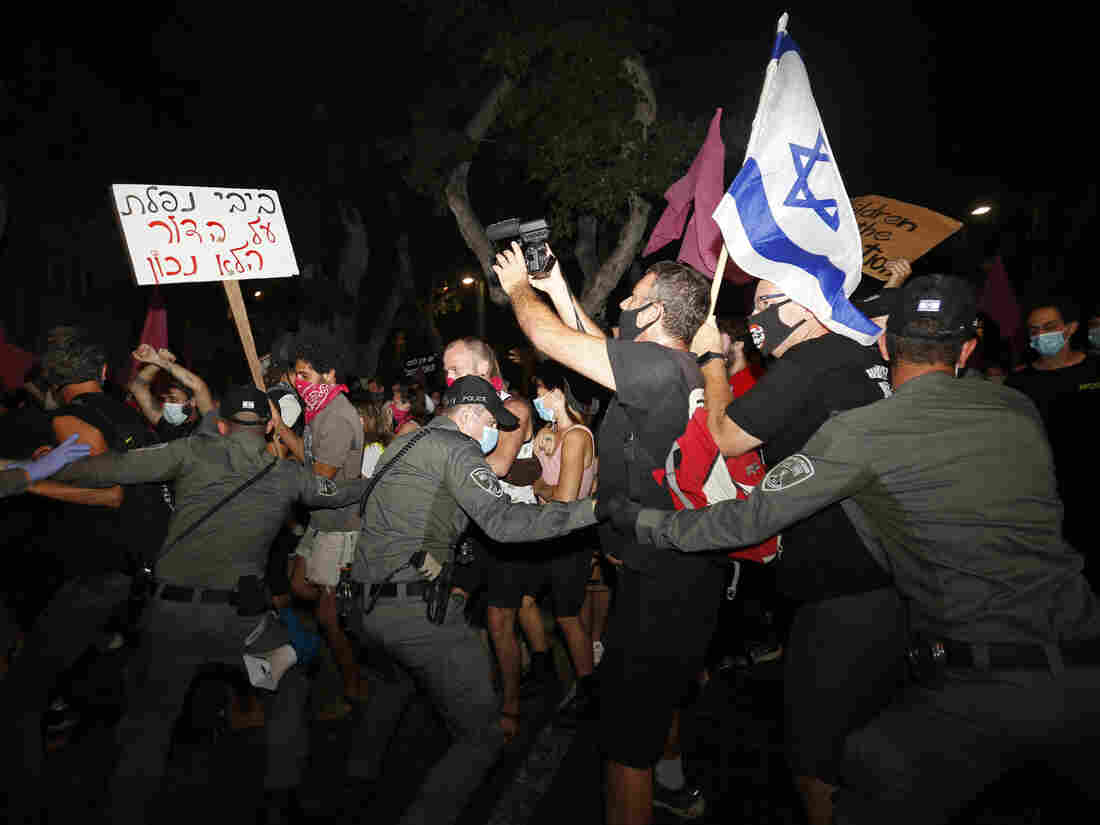 Israeli police scuffle with protesters during a demonstration against Prime Minister Benjamin Netanyahu in Tel Aviv on Oct. 6. Protests continued despite a government ban on large public gatherings, including protests against Netanyahu. The sign reads “Bibi you failed the wrong generation.”

The ban limiting public protests achieved the opposite result, spurring thousands to protest against Netanyahu and the protest ban, as demonstrations spread across the country.

Jerusalem’s three main holy sites — the Al Aqsa Mosque compound, the Western Wall and the Church of the Holy Sepulcher — will reopen to the general public with distancing measures, the prime minster’s office said in a statement.

People will be allowed to move without restriction and visit each other’s homes, capping gatherings at 10 people indoors and 20 outdoors. Israel will also reopen beaches and national parks.

Shops can operate without in-store customers. Restaurants will not be able to offer dining inside, but can sell takeout meals. Public transportation will operate at 50% capacity.

But Israel’s teachers union opposes the reopening, saying authorities have not offered assurances it will be done safely or provided support for preschool and kindergarten teachers who are at home with their own elementary school-age children.

“We believe it is a mistake and that lessons were not learned from the hasty exit of the first lockdown,” when infections spiked among schoolchildren, the union said in a statement.