In Easter Message, Pope Francis Urges Broad Access To Vaccines And An End To Conflicts 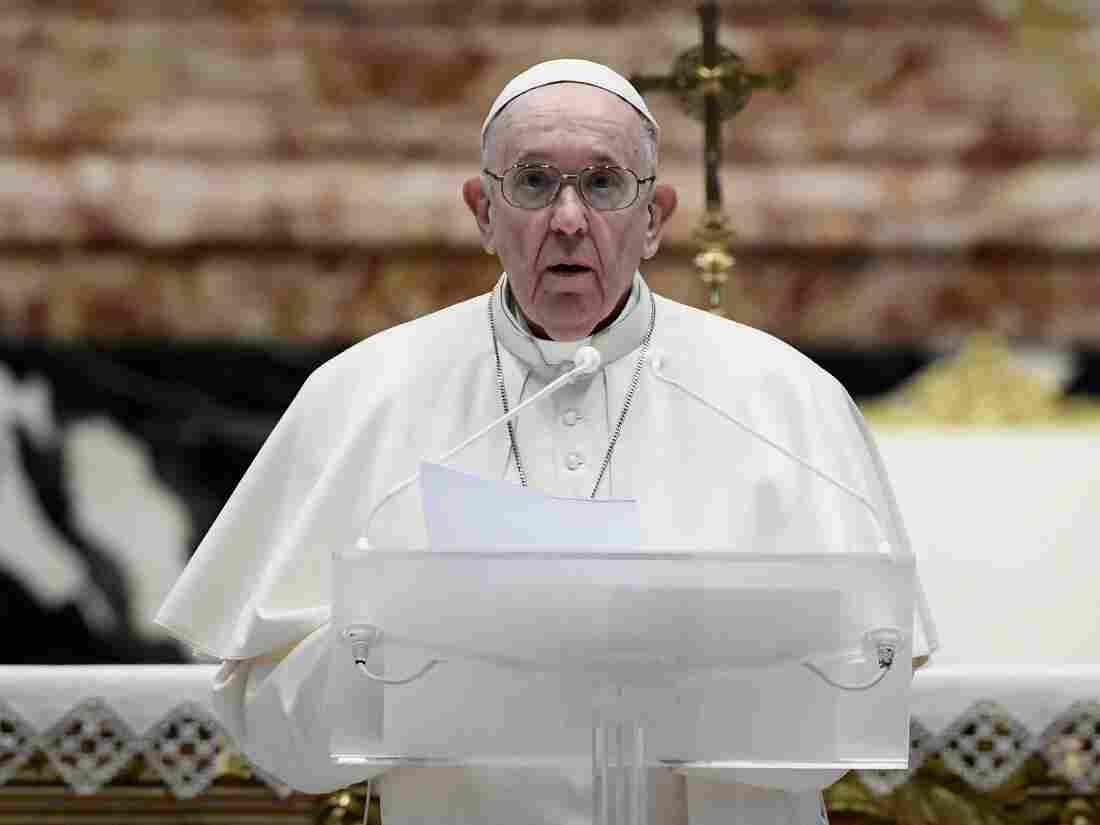 Pope Francis speaks prior to delivering his Urbi et Orbi blessing after celebrating Easter Mass on Sunday at St. Peter’s Basilica in the Vatican.

For the second year in a row since the onset of the pandemic, Pope Francis delivered an Easter blessing and speech in a scaled-back ceremony on Sunday.

During the event — held in St. Peter’s Basilica with notably fewer people in attendance than before the pandemic — the pope repeated his call for broad access to COVID-19 vaccines across the world.

“Everyone requires assistance and has the right to have access to necessary care,” Francis said. “This is even more evident in these times where all of us are called to combat the pandemic, and vaccines are an essential tool in this fight.”

He added that the vaccines and their distribution should be international and spread throughout the poorest countries.

Francis also strongly extended his support for young protesters in Myanmar, who are opposing the military’s coup in increasingly deadly demonstrations, and he urged an end to conflicts in Yemen and Syria.

“May all parties involved commit themselves effectively to ending conflicts and allowing war-weary peoples to live in peace,” he said.

On Saturday, the pope spoke at an Easter vigil. The event itself was limited to 200 masked people to further promote social distancing restrictions.

Francis offered consolation to attendees amid the pandemic. While the vigil typically lasts hours into the night, the event started early in accordance with Italy’s 10 p.m. curfew.

“In these dark months of the pandemic, let us listen to the Risen Lord as he invites us to begin anew and never lose hope,” the pope said.