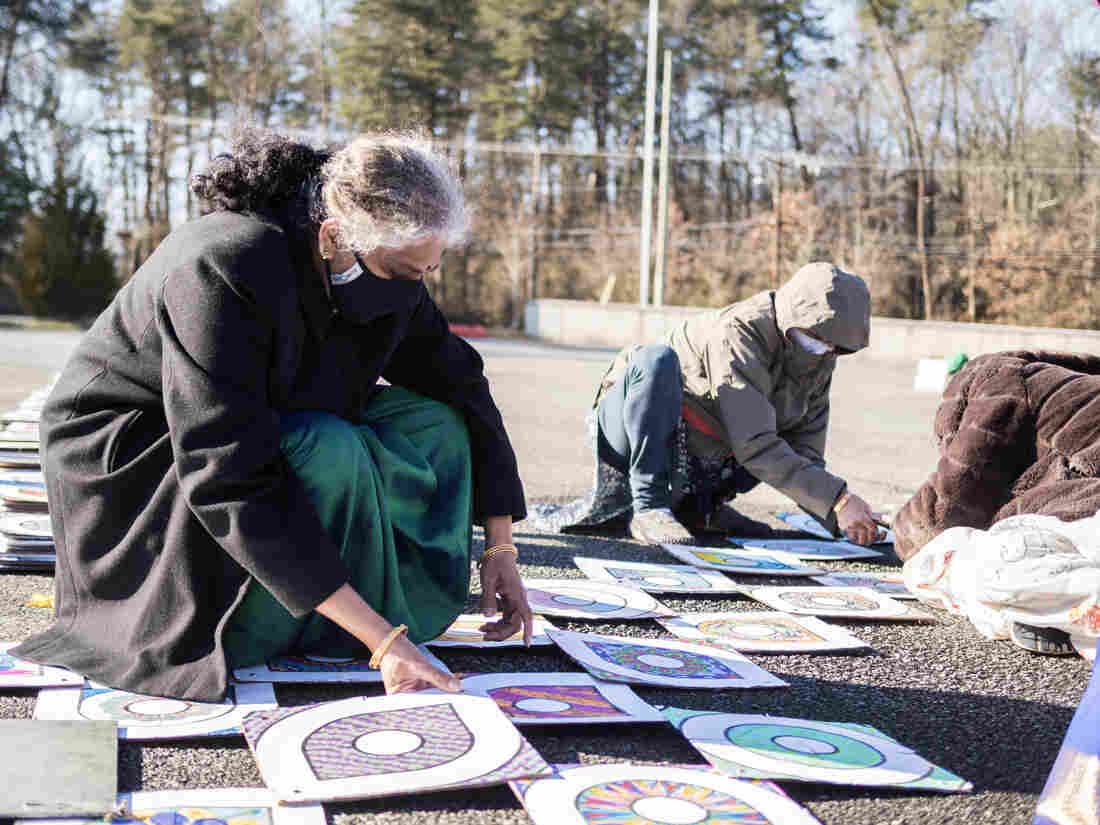 Volunteers assemble a rendition of the inauguration kolam using recycled paper and cardboard. The kolam is a traditional South Indian art form used as a sign of welcome.

Joe Biden and Kamala Harris are about to receive an Indian-style welcome to Washington, D.C.

A group of volunteers are putting together a kolam, a traditional South Indian art form used as a sign of welcome, in the nation’s capital in honor of the incoming president and vice president. Using 1,800 pieces submitted from the public, the volunteers are assembling a kolam of over 2,500 square feet.

A traditional kolam is comprised of a grid of dots “that is drawn using powdered rice or rock powder in front of houses on the floor, and a line that goes around these dots,” explains Shanthi Chandrasekar, the artist behind the project.

Sowmya Somnath, a volunteer organizer, says the project is “not just a welcoming of a new administration. It’s this idea that so many people came together with all of their stories. And it’s those stories now that are more and more a part of the American fabric and more and more welcome.”

“A smaller kolam uses 25 dots,” Chandrasekar says. “What I’ve done is scale this up to 47 dots. It still retains the aspects of the smaller kolam, but it is repeated in a number of ways and every single dot is one tile made by different individuals.”

Early last month, the team started asking participants to submit 12-by-12-inch tiles. The rice flour used to make a kolam is eco-friendly (birds and insects sometimes snack on it), and so was the inauguration kolam. 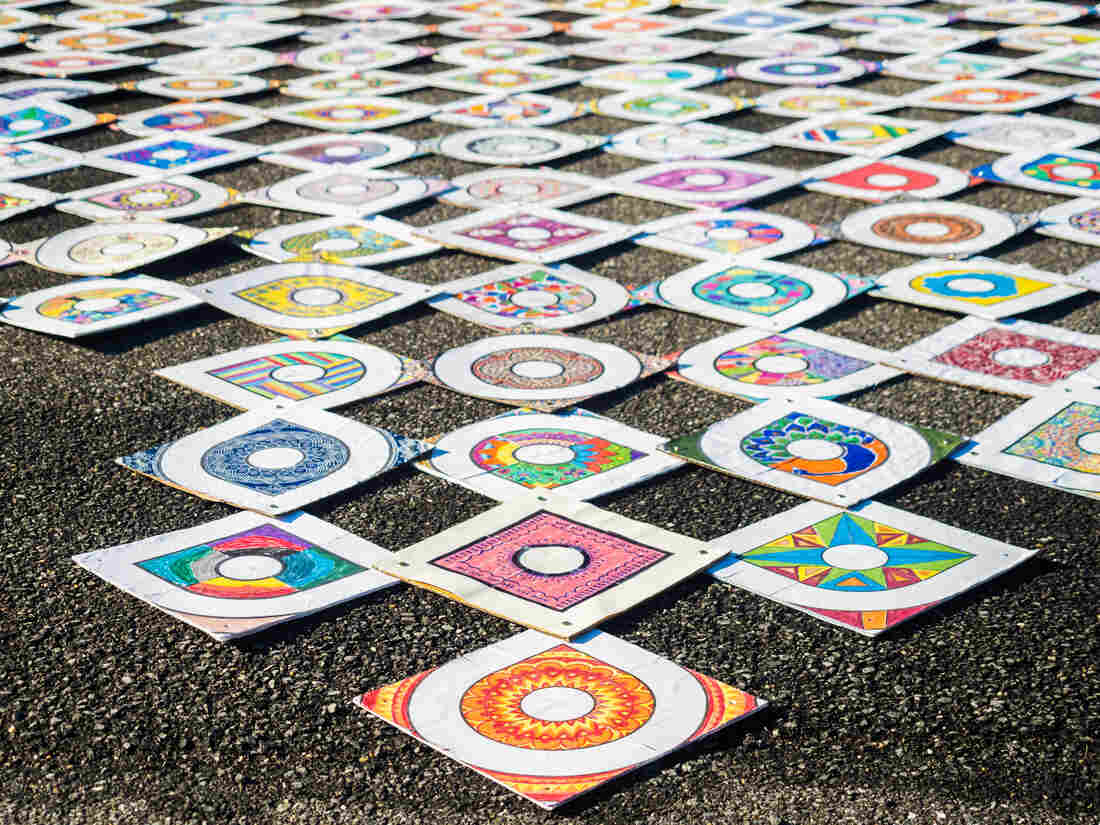 The inauguration kolam project is “not just a welcoming of a new administration. It’s this idea that so many people came together with all of their stories,” says Sowmya Somnath, one of the organizers.

“The material that makes each of the tiles is stuff that you can find at home and that we hope you recycle,” says Roopal Shah, another volunteer organizer.

“So it’s paper out of your printer, or a recycled yard sign because we just finished a campaign and an election. … And if that wasn’t accessible, then cardboard, since it was the holiday season and there were lots of Amazon boxes.”

And it’s the diversity of tiles that really makes the kolam shine.

“So there’s this really beautiful combination of tiles with people’s spirit connecting in a way that creates this mosaic ground covering,” Shah says.

The team received all kinds of submissions, from children who sent stickers and favorite cartoons characters to professional artists who offered traditional Indian Madhubani paintings and peacock designs.

And while the kolam is tied to Harris’ Tamil heritage, it is also symbolic of the tough moment the United States is facing right now.

“The dots represent problems in life and if one can weave around these dots and also maintain a symmetry while going around all these dots, it sort of brings out solutions as you work on them because it’s very meditative,” Chandrasekar says.

She adds that the act of bending at one’s waist to draw the kolam on the ground pushes one to become more flexible — not just physically, but mentally as well.

And though the kolam is traditional to the Indian state of Tamil Nadu, they share qualities of North Indian rangolis, Native American sand paintings and Buddhist mandalas. The team says the practice is accessible and beneficial to everyone.

“One of the first people that I talked to on the project was a woman who had just lost her father,” Somnath says. The woman’s story, among others, was mentioned in the Presidential Inauguration Committee’s official virtual kick-off event this weekend. “And asking her about the tiles morphed into this conversation about her loss and how she put all of that energy into these tiles and the healing that she got from it.”

The 2021 inauguration kolam will be revealed digitally over Zoom on Wednesday and installed in Washington, D.C., once security around the Capitol eases up.