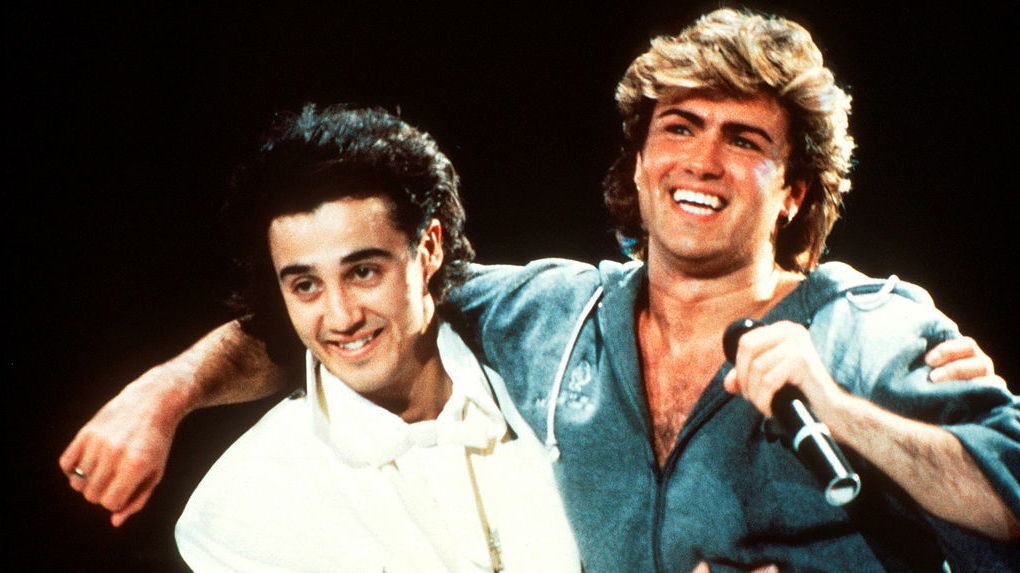 Andrew Ridgeley’s memoir is titled Wham!: George Michael and Me, a winking nod to his status in the pop duo Wham!, whose soul-tinged songs were some of the MTV era’s most resounding moments.

A memoir of a friendship as much as it is a look back on pop stardom, Ridgeley’s first book is an enjoyable callback to a different, yet thanks to its preservation on videotape still instantly memorable, musical era.

Ridgeley is a charming writer, and a good chunk of Wham!: George Michael and Me feels like warmly remembered narration of the photos — casual and professional — that pepper the book. Take the vivid painting of the pair’s first meeting: It was Michael’s first day at a new school and Ridgeley, who was 12, describes the eventual sex symbol as an awkward, bespectacled kid with coarse hair and a stiff uniform whose Greek name, Georgios Panayiotou, “was delivered with all the finesse of an urban fox tearing open a bin liner” by his teacher. Ridgeley’s volunteering to show the recent arrival around is awkward at first, until he brings up music, at which point the pair bond for good, enthusing about Queen, David Bowie, and Elton John.

From there, the book becomes a soft-focus reminiscence of Michael and Ridgeley’s friendship and the wild ride it took around the world. Bonding over records and the drum set in Michael’s bedroom leads to the pair attending concerts by Queen and Genesis and watching the UK chart show Top of the Pops; seeing the New Wavers Blondie appear on that show in 1978, writes Ridgeley, made him “understand the power of the Pop Star.”

That power would eventually become the engine of his and Michael’s lives. Their first band — the sharp-edged The Executive, which opened their debut gig with “a rabble-rousing ska reworking of Beethoven’s ‘Für Elise'” — pursued record deals to no avail. Meeting the similarly pop-minded Shirlie Holliman shifted the pair’s musical focus; the economic hardships of early-’80s Britain sharpened it into “Wham! Rap,” which combined their varied musical interests with the early rap that was crossing the pond and their post-teenaged frustrations, and then into Wham!.

The nostalgic tone of Wham!: George Michael and Me is further enhanced by how young Michael and Ridgeley were when they experienced their first taste of fame. Their first singles came out before either of them had turned 20; when they performed their final show at Wembley Stadium, in June 1986, George had just turned 23, with Ridgeley hitting that mark a few months later. The pair’s adventures onstage and off, as Ridgeley describes it, were wild yet boring, with the regiments of pop-star life — radio interviews, TV appearances, trans-continental flights, Wham!’s historic visit to China — leaving little room for too many shenanigans.

Michael came out to Ridgeley about 15 years before he did so to the rest of the public; as Ridgeley retells it, it happened during the “Club Tropicana” video shoot in beachy Ibiza. He’d consulted with Holliman first on how Ridgeley might react; when she said he’d likely be fine with it (“he’s your best friend,” she replied) he summoned Ridgeley to his room. Ridgeley portrays his reaction as low-key—”Oh, OK… Well, that’s a bit of a surprise!”—but he also notes that while the two were close friends, they didn’t talk much about relationships. “When it came to romance,” he notes, “neither of us had ever confided in the other.” Michael’s decision to not come out more publicly was in part a reaction to his wanting to keep his private life private; Ridgeley, meanwhile, became a bit of a gossip-column fixture, and the descriptions of his dealings with the press in the much less invasive British-tabloid era make today’s paparazzi chases feel downright horrifying.

There’s also some gentle puncturing of myths around Michael and Ridgeley’s creative partnership, which often resulted in Ridgeley getting the “the other guy” tag from the press. “It goes without saying,” Ridgeley writes, “that when it came to musical talent, George was in a completely different league to me—as he was to most people!” And Michael took over songwriting duties in the interim between Wham!’s first two albums, and the exacting precision with which he crafted his songs is most vivid on the description of “Careless Whisper,” the genesis of which included aborted sessions at Muscle Shoals and a seemingly endless parade of wannabe sax players. But Ridgeley, who describes himself as “a sounding board and a creative sidekick who shared an instinctive understanding with George,” did assist with the writing of that track — he came up with the chord progression, which “seemed to evoke a sadness, suggesting a plaintive melody and a slow-tempo rhythm,” while Michael came up with the searing saxophone melody that would become ubiquitous as Wham!ania raged on. (One great bit: The reason that Ridgeley didn’t appear on “Do They Know It’s Christmas,” the Band Aid charity single that stayed No. 1 long enough to make “Last Christmas” the UK’s best-known No. 2 single of all time? He missed a cryptic fax.)

Wham!: George Michael and Me jumps from Ridgeley getting goosebumps while watching Michael entrance a stadium-sized crowd at the 1992 Freddie Mercury tribute concert to hearing about his death on Christmas 2016. While the book is focused on Michael, it isn’t an explosive tell-all — but that makes it a more enjoyable read. Ridgeley’s motivations for writing the book seem as rooted in telling his side of the Wham! story as they are in reminding readers of Michael’s songwriting genius, often overlooked by pop-averse critics and taken for granted by listeners who gorged on the hooky riches of the ’80s. Written in sepia hues that allow Wham!’s floodlight-illuminated musical triumphs to glow even more brightly, it’s a loving tribute to a friend and a more innocent pop era.

Maura Johnston is a writer and editor who teaches at Boston College.