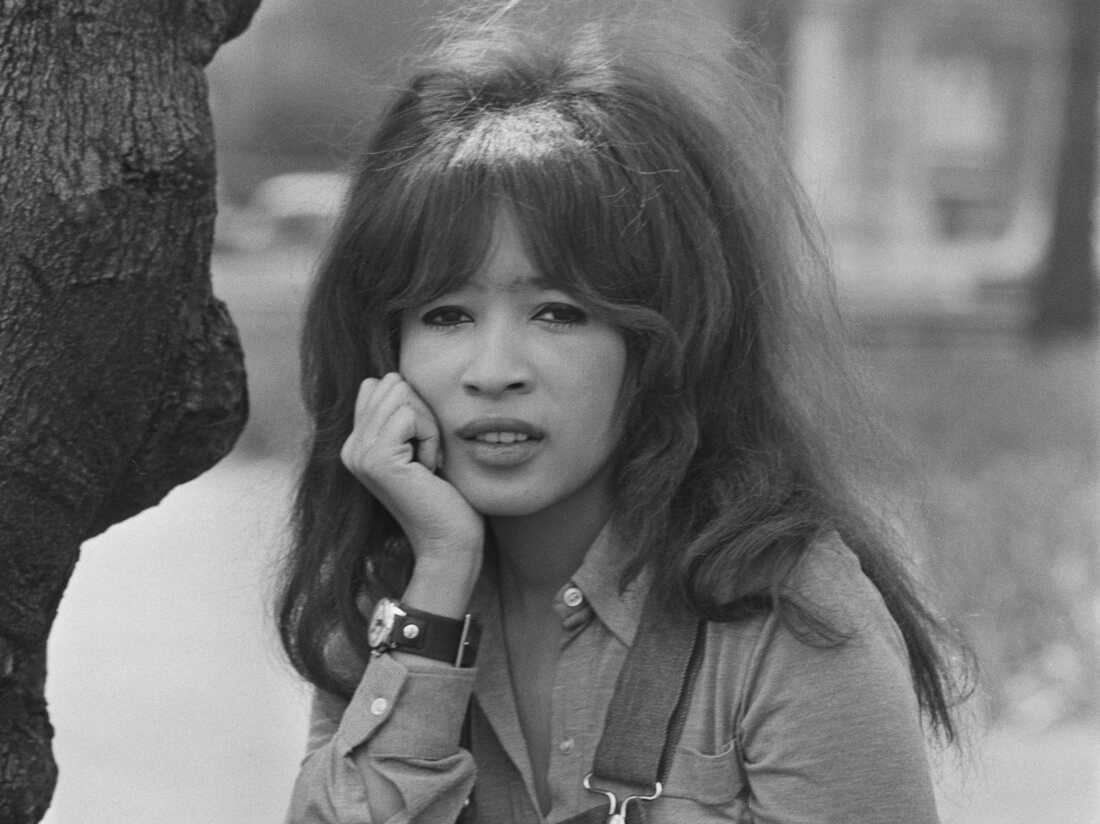 It was August 1987, and a potential moral panic over suggestive gyrating proved unnecessary when Dirty Dancing turned out to be a coming-of-age romance where the dancing was not, in fact, all that dirty. It was, however, about a young single woman having sex she enjoyed (and did not come to regret) with a man who was powerfully hot. As such, while it’s not a dirty movie, it is a pretty sexy movie — particularly if you were 16 when it came out. Which, as it happens, I was.

It started with a credits sequence in which images of people dancing … well, dirtily? … were accompanied by the unmistakable, indelible, irreplaceable sound of “Be My Baby,” the 1963 classic performed by The Ronettes. They were led by Ronnie Spector, who died Wednesday at 78.

A woman throws her head back with an open-mouthed smile; another runs her hand all the way up her own bared leg to her hip. The opening credits roll. Slow motion, blue-tinged black-and-white, and a choppy video effect make the sequence seem more scandalous than it is, more of a stolen moment. The movie is a love story and a musical; this opener is sex. And so: “Be My Baby.”

Earlier that year, in March, broadcast television had aired what it’s fair to call one of its most anticipated and talked-about sex scenes of the 1980s. It was the 14th episode of the third season of Moonlighting, which starred Cybill Shepherd and Bruce Willis as Maddie and David, the former cover girl and the hustling fast-talker who ran a detective agency together. The show had held back their pairing as long as it could — fantasy sequences where they kissed, unusual circumstances where they kissed and took it back. TV was very good at giving people what they wanted, but not really, not yet.

In the episode “I Am Curious … Maddie” (the title a reference to a controversial Swedish film), Maddie has been juggling her interest in David with the presence of Sam, played by Mark Harmon. Sam has proposed. David and Sam wind up in a brawl, with Maddie miserable about being caught in the middle and disappointed in both of them. But after an evening out with the faithful Ms. DiPesto, the office secretary, Maddie returns home, where Sam has been staying with her, prepared to turn his proposal down and … have sex one last time. (Look, it’s Mark Harmon.)

In one of those sequences that only happen on television, she breaks it off with Sam, which she explains in a dark room to what she assumes is his blanket-covered form, telling him that she does love him, but she also loves David, and she knows that will be the end. She undresses and gets into bed, but of course, it turns out the form in the bed is not Sam — it’s David. She’s irate, she’s embarrassed, and once again, she’s lost control of the situation. David tells her Sam is gone. It’s just the two of them now. The two men have written the ending without her.

And so, as they have been doing for nearly three seasons, with him in underwear and her wrapped in a sheet, they fight. “This is ridiculous,” she says, adding, “I’m miserable.” He growls back, “So am I.”

This is also “Be My Baby.” And they kiss, and then they sink to the floor. While they make out and grab at each other, he turns over a table (kiiiiind of unnecessarily?) and they keep rolling around on the floor. And then we see them in bed, and in maybe the most surprising shot of the scene, they pull back a little bit and smile at each other. Freeze-frame, credits.

Twice in one year, Ronnie Spector’s voice, in perhaps her best-known song, signaled sex, but not just sex: desire, particularly the desires of women. “Be My Baby” had also played under the home-movie montage that made up the opening titles of Martin Scorsese’s Mean Streets in 1973, but in that case seemingly for the nostalgia, for the time period, and perhaps to fit nicely with the shots of an actual infant. But in these two 1987 sequences, its capacity to call out to desire is used, rather than its style and era — which of course are contemporary for the characters in Dirty Dancing, but which belong to one of the many “oldies” used in Moonlighting.

It’s worth a note to recognize that “Be My Baby” was 24 years old in 1987 — roughly the same age “I Don’t Wanna Miss a Thing” by Aerosmith is now. My bones are dust.

“Be My Baby” starts with that thumping, then it adds that NANANANANA, then Ronnie Spector’s voice — which blares along with the rest of the Wall of Sound — and then, a couple of phrases in, just as she reaches the line “So won’t you say you love me,” there’s this tremendous low sounding of horns, this “WAAAAAH” that signals the build-build-build of any good sex song. And then the crashing of the waves on the shore, the train going into the tunnel, you get the idea.

It’s no wonder “Be My Baby” was used to introduce both a romantic coming of age and a deeply dysfunctional sexual relationship that would inspire decades of paranoia about whether couples with sexual tension on television should be allowed to actually have sex. (Most of this springs from a historical misapprehension of what actually happened to Moonlighting, but a myth is a myth.) It’s a simple but essential song with a tremendous vocal that sounds like nothing else.

Ronnie Spector was still putting out new music when all this happened — the year before, she (and “Be My Baby”) had been integral to the Eddie Money hit “Take Me Home Tonight.” But a legend is a legend not only because of the work she does in the moment, but because of the way her work echoes over decades and shows up over and over again in new ways.

And in 1987, when I was 16, my favorite movie and my favorite TV show agreed on what song was the sound of something sexy on the way.