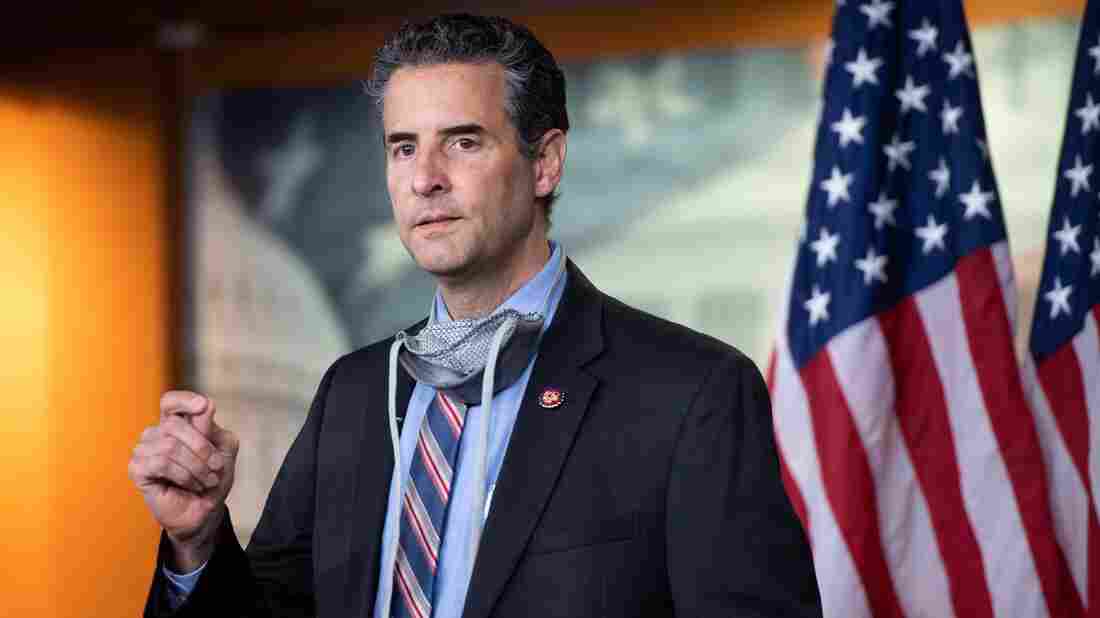 Rep. John Sarbanes, D-Md., pictured in May 2020, reintroduced legislation on voting and campaign finance this year, in hope it can now become law with Democrats’ control of Congress.

The House has once again passed a bill aimed at voter reform and campaign finance overhaul. The Wednesday night vote was 220-210.

Democrats reintroduced the bill in January, after passing it in 2019, banking on the party’s narrow majority in the Senate to get it passed through both chambers this cycle.

The bill seeks to “to expand Americans’ access to the ballot box, reduce the influence of big money in politics, strengthen ethics rules for public servants, and implement other anti-corruption measures for the purpose of fortifying our democracy, and for other purposes.”

The bill’s language calls for a complete overhaul of the current system, which varies widely by state and which critics say promote unfair barriers to voting. Included in the act is mandatory automatic voter registration, restoring voting rights to people with completed felony sentences, and a reversal of state voter ID laws that would allow citizens to make a sworn statement affirming their identity if they are unable to produce an ID.

The 2021 “For the People Act” is a reboot of a 2019 bill of the same name. At the time, the House passed the bill along party lines, but it never had a chance to move forward in the Senate, which was controlled then by Republicans.

In addition to revamping voting laws, the bill also takes aim at “dark money” in politics by requiring organizations to disclose large donors and creates a matching system for small donations.

“Our democracy is in a state of deep disrepair. During the 2020 election, Americans had to overcome rampant voter suppression, gerrymandering and a torrent of special interest dark money just to exercise their right to vote. Across the country, people of all political persuasions – including Democrats, Independents and Republicans – are profoundly frustrated with the chaos, corruption and inaction that plague much of our politics,” House Speaker Nancy Pelosi, House Administration Chair Zoe Lofgren and Rep. John Sarbanes said in a joint statement earlier this year.

“That’s why House Democrats are doubling down on our longstanding commitment to advance transformational anti-corruption and clean election reforms by again passing H.R. 1, the For the People Act.”

House Democrats have fresh motivation to pass the bill. In the most recent election cycle, Senate Democrats were able to capture 50 of the 100 seats. Vice President Harris casts the final vote in the event of a tie, effectively giving Democrats a slim majority in the chamber.

Republicans, however, are fighting against efforts to simplify the voting process, and GOP-led state legislatures are in fact seeking to make it more difficult in a dozens of states after the party’s 2020 election losses.

GOP lawmakers cite election security as cause for the efforts to tighten voter laws, but claims of widespread voter fraud are rooted in disinformation.