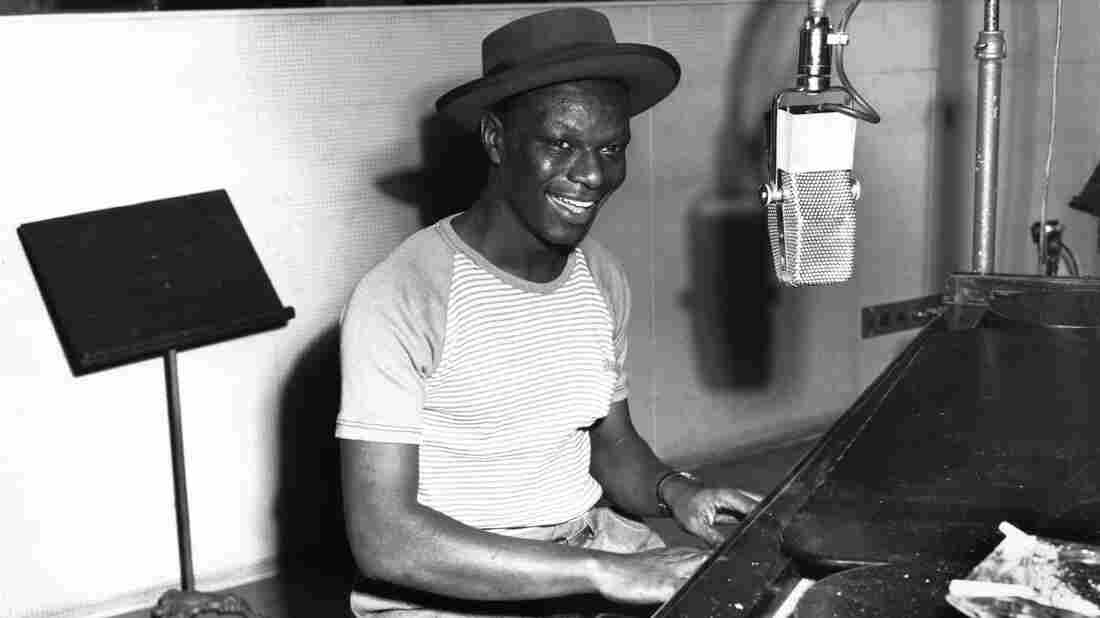 Nat King Cole playing piano in the Capitol Records recording studio on May 23, 1945.

An anthology devoted to early Nat King Cole recordings was recently released, and it offers a new window into his artistic development. The collection is called Hittin’ the Ramp: The Early Years (1936-1943), and this massive 7-CD, 10-LP package is clearly aimed at obsessives. It’s a deep dive that traces Nat King Cole’s evolution — from smooth, unflappable piano player into a singing star with an endearingly smooth style all his own.

Before hits like “Unforgettable” made Nat King Cole one of the most ubiquitous singers of the 1950s, he actually didn’t sing much at all. Cole was focused on jazz piano, leading the King Cole Trio in Los Angeles and developing his craft playing nightly in bars. And what a craft it was: playful, scampering solo lines and chordal jabs, delivered with neatnik attention to detail.

The nightclub gigs put the King Cole Trio on the front lines of changes in music. Big-band swing was on the decline by the early ’40s, replaced by agile small groups specializing in blues and boogie. Cole followed the lead of Louis Jordan and others; he began singing riff-like original tunes that celebrated dancing, drinking and jiving.

From 1936 until late 1943, when he signed with Capitol Records, Cole supplemented his income by doing quick recording sessions for radio transcription services. (The precursor to syndication, these services sent discs of music, comedy and other content to subscribing radio stations.) The radio services expected the musicians to come in and knock out tunes rapidly – the trio was paid around 70 dollars to record about eight tunes in an hour. And like many entertainers at the time, Cole lent his music to the war effort, recording sides for the Armed Forces Radio Service.

Hittin’ The Ramp shows how the regular, almost-daily opportunities to perform accelerated Cole’s development. His group sometimes backed up other singers, and from those experiences he developed a style of crisp, no-frills accompaniment that became essential to his later vocal recordings. We also hear Cole mixing it up with jazz greats like saxophonist Lester Young.

By the time Cole signed with Capitol Records, he was a fully-formed musician, and a confident bandleader, able to brawl with big bands and soar over studio orchestras. Now we can hear, step by step, how he got there.