His Private Border Wall Enraged Neighbors. Then He Landed $2B To Build Walls For Trump 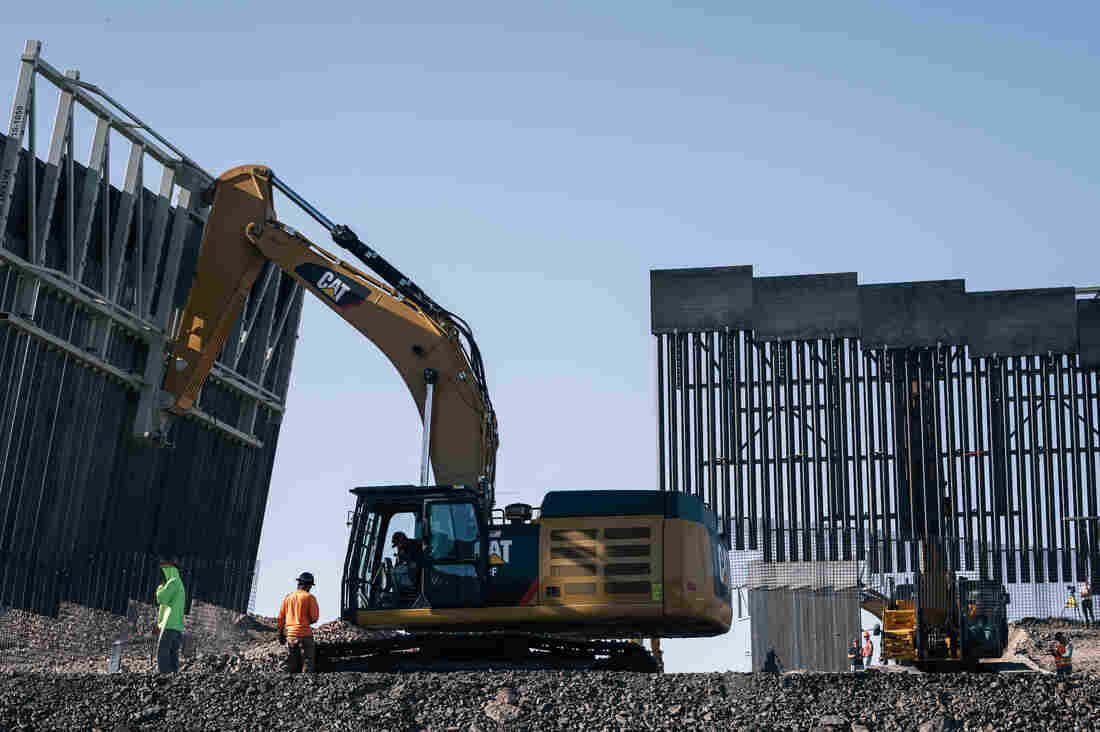 Fisher Industries workers move sections on May 24, 2019 in Sunland Park, N.M., near International Boundary Monument No. 1 where New Mexico, Texas and Mexico come together.

When Tommy Fisher decided he wanted to build his own private border wall in Texas, he said he wanted to keep out trouble from Mexico.

Now that wall has created its own set of troubles on the U.S. side of the border: Engineers warn the structure will wash away in a flood; neighbors want it dismantled, and Fisher is embroiled in lawsuits.

Fisher, who supports Trump and regularly promoted himself on Fox News, erected the iron barrier 18-feet-high and three miles long along the highly regulated Rio Grande as his personalproject.

Opponents say it has since fallen into disrepair and could exacerbate flooding because it’s too close to the international river. Locals are dumbfounded by the project.

“I didn’t know you could disrespect the river bank like that,” says Father Roy Snipes, an Oblate priest who celebrates Mass at an historic mission church not far from the private wall.

“I thought if you tried to do something like that, the Texas Rangers or Texas Parks & Wildlife would come in and say, ‘Hell, you can’t do that. You don’t own the river.’ But evidently … you can do whatever the hell you damn well please.”

Fisher has said all along that he built the wall to show the government he could do it faster, cheaper and better. He did not respond to an interview request from NPR but told reporters in August: “We’re built structurally strong so that we can handle pretty much whatever God throws at us.”

Despite lawsuits filed by the International Boundary and Water Commission and an enraged neighbor, a federal judge allowed Fisher to finish his border wall last March. It sits like a white elephant on the sandy banks of the river, baking in the Rio Grande Valley sun.

For critics, the greatest puzzlement about the private wall is its pointlessness. Trump’s massive and expensive border barrier that’s under construction just a mile to the north negates the need for Fisher’s wall.

Moreover, Fisher’s wall sits right next to the winding river, not on top of the levee that is outsideofthefloodplain, where the Trump administration is building its own controversial barrier.

“This thing that the Fisher group did, it’s way too close to the water. And it’s in an area where we would never be allowed to build at the federal government level,” says Ron Vitiello, retired chief of the Border Patrol who oversaw some of the federal wall construction.

And now, there’s the whiff of scandal. In August, federal prosecutors charged former Trump advisor Steve Bannon and three others with defrauding donors out of millions of dollars.

The indictment alleges that a group calling itself We Build The Wall “defrauded hundreds of thousands of donors” in a crowdfunding campaign that was supposed to go toward border walls like Fisher’s. Instead, according to the indictment, the money went to fund lavish lifestyles.

The defendants say they’re innocent of wrongdoing and the charges are politically motivated. Fisher is not charged.

We Build The Wall only contributed $1.5 million to Fisher’s border wall in the Rio Grande Valley; Fisher paid for most of the $40 million cost himself.

Yet, We Build The Wall continues to take credit for Fisher’s two border projects on its website. In addition to the Rio Grande Valley project, Fisher has built a shorter section of wall on the land border between Mexico and Sunland Park, N.M., just west of El Paso, Texas.

The big question now is what happens the next time the Rio Grande has a big flood, which happens periodically with Gulf hurricanes. Marianna Treviño Wright, executive director of the National Butterfly Center, is the neighbor suing Fisher.

“The experts and the scientists … attest to the fact that in a flood event, that fence will block and clog. It will cause a redirection of water flow and ultimately result in damage to property adjacent and upstream,” says Wright.

She is also suing for defamation We Build The Wall’s founder, Brian Kolfage, a U.S. Air Force veteran who became a triple amputee from injuries sustained while serving in Iraq. When Wright and Father Roy publicly opposed construction of the private wall, Kolfage tweeted they were both “promoting trafficking of children.”

“They were outright lies!” Wright says. “We are not a cartel front.”

Wright, the International Boundary and Water Commission, and its Mexican counterpart, which goes by the initials CILA, are alarmed that the bollard wall is a potential obstruction that could deflect floodwaters, or even get pushed over by the force of the water.

Over the summer, heavy rains revealed just how precarious the wall is. Water erosion scoured deep trenches under the foundation. The U.S. attorney representing the IBWC described it as “severe.”

Wright’s lawyer, Javier Peña, went along with an inspection team after the rains passed.

“People can actually fit and just crawl under the foundation of the wall, and it’s months old,” Peña said incredulously. “This thing was supposed to last a hundred years and it can’t even last a year.” 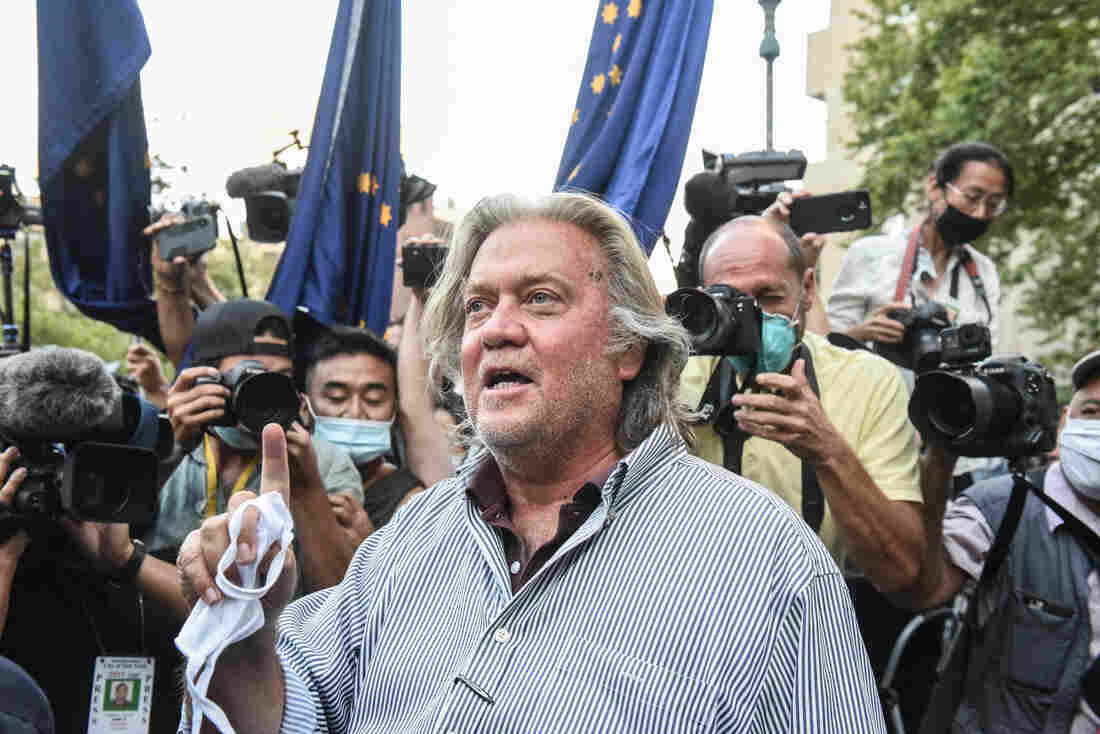 Meanwhile, Fisher has received four border wall construction contracts from the Homeland Security Department valued at $2.25 billion — more than any other federal contractor.

Democrats in Congress suspect favoritism, and now the Pentagon’s inspector general is auditing a $400 million contract to his company, Fisher Sand & Gravel.

These days, Fisher is busy in Arizona with his mega-contracts building the official border wall — to the government’s specifications, not his own. But he did return to Texas in early August to answer complaints of erosion under his prototype wall.

He says the fixes are simple: Fill in the eroded gullies with more dirt, pile gravel on, and seed the area with grass. That, he claims, will stand up to Mother Nature.

A forensic report prepared by engineers hired by the Butterfly Center warns the private wall is in danger of toppling over due to a poor foundation and continuing erosion.

Jude Benavides, a professor of hydrology and environmental science at the University of Texas in the Rio Grande Valley, has studied flooding on the international river. He says while it appears placid to outsiders, it can become fierce, as in, el Rio Bravo — Mexico’s name for the river.

“And so to build, not only in the floodplain, but essentially in the floodway, it’s going to have repercussions when [the river] decides to wake up and rage again,” Benavides said.