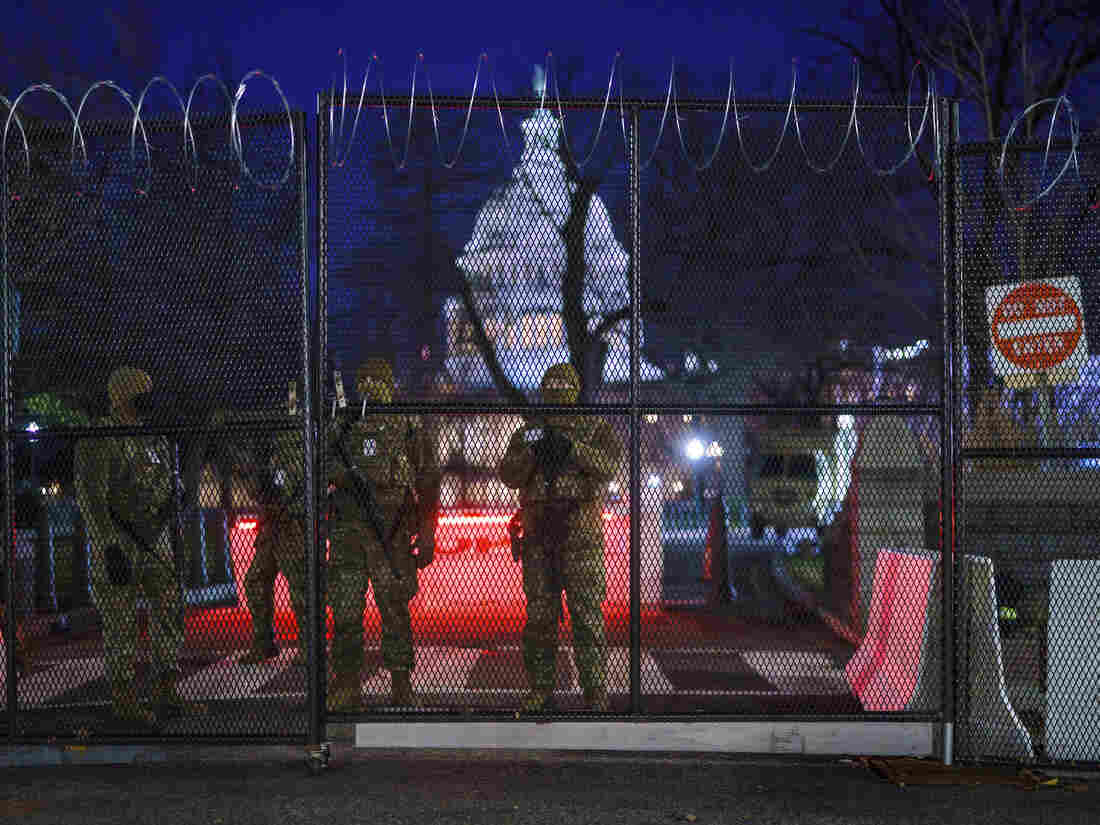 National Guard troops reinforce the security zone on Capitol Hill in Washington early Tuesday, before President-elect Joe Biden is sworn in as the 46th president on Wednesday.

As a former international correspondent who covered a dozen wars and revolutions, I know the signs of civil strife. And now, I see the battle lines being drawn up in my own family’s text-messaging groups, in heated email exchanges and, more chilling, in the refusal to discuss politics at all just to preserve a common bond.

My family – which is Cuban – fled communism. My mother was 21 and pregnant with her third child when she ended up in Florida in 1959 while Fidel Castro stormed Havana. My father was 23 and managed a paper route in Ft. Lauderdale to make ends meet after being dispossessed of country and home.

My parents became in some ways unmoored, moving from country to country – the United States, then Panama and England, where I was born – before returning finally to Florida. The pain of exile and the fear of political unrest defines the politics of that older generation still.

I grew up being told those stories of our exile and the tumultuous days of revolution and expulsion that predated my birth. In a way, I am the heir of a bitter legacy of political division – to this day the Cuban people remain apart, making their lives on either side of the Straits of Florida, separated by 90 nautical miles and a decades-old, bitter political conflict.

It has been stunning to watch political division come to our family again. Inflammatory messaging filled with allusions to “The Big Lie” have some believing that communism might come to American shores, that the election was rigged, that democracy cannot survive under a different political party. I have been repeatedly sent incendiary material by some of them that is demonstrably untrue. I have pleaded with them to stop spreading disinformation, to little avail, and it has caused a painful rift.

Whether in Kosovo or Venezuela, the pattern I witnessed as a journalist is the same. A nation can be divided, pitting person against person until it cracks like brittle. The first to go is always the middle ground. People and places that act as bridges between communities are frayed, and then destroyed.

In Iraq, I reported on the story of a mosque in Baghdad and of a Muslim cleric who was trying to stop the sectarian bloodletting. He was assassinated because the forces that were trying to divide the country did not want someone to bring people together. At the time, the beginning of 2006, we were still debating whether Iraq had begun its civil war, not yet fully realizing we were already well into it.

Here in Washington, D.C., as I write I can hear helicopters overhead, and there is the presence of thousands of troops encircling an area dubbed the “Green Zone” like its Iraqi counterpart that I once reported on. To be clear –Washington, D.C., is not Baghdad and yet, something deeply unsettling is happening in this country.

In most of the repressive nations I lived in or reported on, the media were also called “enemies of the people” by politicians. I have been expelled from Cuba for wanting to report on the illness of Fidel Castro in 2006. I have been confronted by mobs in both left-leaning Venezuela and authoritarian states like Hosni Mubarak’s Egypt. I have seen what happens when the very fabric of a country breaks down.

And then, during the storming of Congress, I again saw angry mobs targeting journalists – but this time, seasoned international correspondents like CNN’s Alex Marquardt had to flee from their fellow citizens.

The dehumanizing language employed by President Trump has trickled down to Americans through their living room televisions and their social media feeds. White supremacy has been unleashed; race has been weaponized. The president’s enablers in right-wing media and many Republican politicians have echoed him. As I have seen in every country in crisis I’ve covered, when a country’s people fractures like this, there are political powers that seek to profit.

For some of us immigrants, it feels eerily familiar.

Right after the election, my cousin, who is an ardent Trump supporter, was in an exchange with my brother, who is not. She cut off all contact with him and his family because they disagreed over politics. Our parents and grandparents were divided by Fidel Castro. Now Donald Trump is having the same effect on our generation.

Americans who may have believed themselves immune to the instability that plagues other countries would be wise to hear the cautionary words of their fellow citizens who have joined our democracy from those troubled regions.

A former Iraqi colleague who came to the United States as a refugee, wrote me a note: “I never imagined saying this to you in D.C., but please stay safe!” He became a citizen last year and voted for his first time in this election. We acknowledged the irony of suddenly being caught in a familiar spiral. He told me he just bought a gun, something he hadn’t owned since living in Baghdad and he found that there is an ammunition shortage.

“9 mm bullets are the new Lysol,” he quipped.

“It’s almost unreal,” he wrote. “For all the wrong reasons it suddenly looks and feels like home.”

Is America on the brink of civil conflict?

As I discovered in Iraq, if you have to ask the question, you may already know the answer.