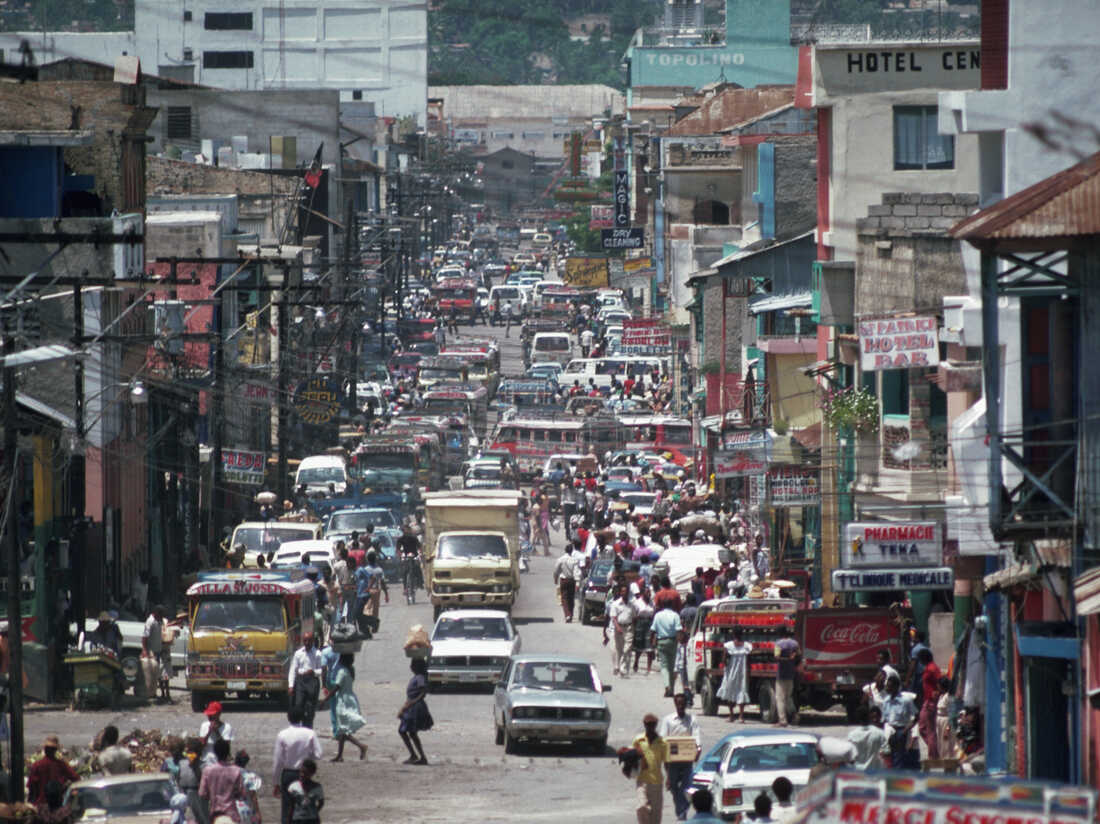 A view down a busy street in Port au Prince, Haiti. Kidnappings in the country have already been worse in 2021 than years before.

The number of kidnappings in Haiti is increasing at an alarming rate. Still reeling from the chaos caused by the assassination of President Jovenel Moïse in July and a 7.2 earthquake that, once again, decimated the country in August, Haiti’s economic and political turmoil has contributed to what some experts are calling a kidnapping crisis.

On Saturday, the latest high-profile kidnapping targeted a group of 17 missionaries, including children. The Ohio-based organization Christian Aid Ministries said the group was on its way home from helping to build an orphanage when they were taken.

U.S. officials have not commented on details of the incident, but the U.S. embassy in Haiti has been involved in the response.

“The welfare and safety of U.S. citizens abroad is one of the highest priorities of the Department of State,” a department spokesperson said in a statement to NPR.

The kidnappings are typically conducted by the same gang

Widlore Mérancourt, the editor in chief of the AyiboPost and a Washington Post contributor, told NPR’s Weekend Edition Sunday that kidnappings in Haiti are usually conducted by the same gang — and that the problem is only getting worse.

The group, called 400 Mawozo, is known for mass kidnappings in which they take groups of people from cars and buses. According to the Center for Analysis and Research in Human Rights in Port-au-Prince, a group that monitors kidnapping in the country, 400 Mawozo is responsible for 80% of kidnappings in Haiti.

“The wave of kidnapping we are seeing in Haiti right now is the worst in the history of the country,” Mérancourt said. “It’s a very dire situation.”

Data from the consulting group Control Risks shows that in the first quarter of this year alone, kidnappings-for-ransom were up 150% from the same period in 2020. According to a United Nations Security Council report from last month, 328 kidnapping victims were reported to police in the first eight months of 2021, compared to 234 during the entirety of 2020.

What’s more concerning: the figures are likely an undercount. The number of kidnapping incidents is likely even higher, but people are often hesitant to report due to mistrust of authorities and fear of retaliation, according to Control Risks.

The data also shows though that gangs in Haiti tend to target local Haitians rather than foreign visitors. Nearly 95% of kidnappings in Haiti since 2018 have been Haitian citizens. But there have been cases of foreigners getting kidnaped in the past, including a recent instance in April when a group of Catholic clergy, that included two French nationals, were kidnapped.

Economic volatility has been fueling the problem

Mérancourt said most Haitians live with the fear of being kidnapped. In the capital city of Port-Au-Prince, he says the streets get quieter and less jam-packed by around 6 p.m., because few people want to be out in public. Some people, he said, are leaving the country altogether.

Those fears are likely compounded by the already existing economic and political crisis Haitians face. About 60% of the population is Haiti lives at or below the poverty line. The August earthquake destroyed schools, health facilities and water systems, leaving 800,000 people in need of humanitarian aid.

Kidnapping for ransom, then, leaves gangs with access to capital, even if it’s a relatively small sum. Mérancourt said sometimes gangs will kidnap less wealthy people and ask for $100 in ransom.