Pennsylvania’s Pat Toomey is the second Republican U.S. senator to call for President Trump’s resignation in the wake of Wednesday’s attack by Trump supporters on the U.S. Capitol, as House Democrats developed their plans to impeach the president.

Toomey on Sunday joined his Senate colleague Lisa Murkowski of Alaska in calling for Trump to resign.

“I think at this point with just a few days left [in Trump’s term], it’s the best path forward, the best way to get this person in the rearview mirror for us,” Toomey told CNN’s State of the Union. “That could happen immediately. I’m not optimistic it will, but I do think that would be the best way forward.”

Toomey, who is set to retire in 2022, told Fox News on Saturday that Trump has committed “impeachable offenses” in recent weeks and days.

Murkowski became the first Republican senator to call for Trump’s resignation on Friday, saying he bears responsibility for the violence that ensued at the Capitol.

“I want him to resign. I want him out. He has caused enough damage,” Murkowski told the Anchorage Daily News.

Also Sunday, House Majority Whip Jim Clyburn, D-S.C., said Democratic leadership is resolute in voting this week on at least one article of impeachment against Trump. 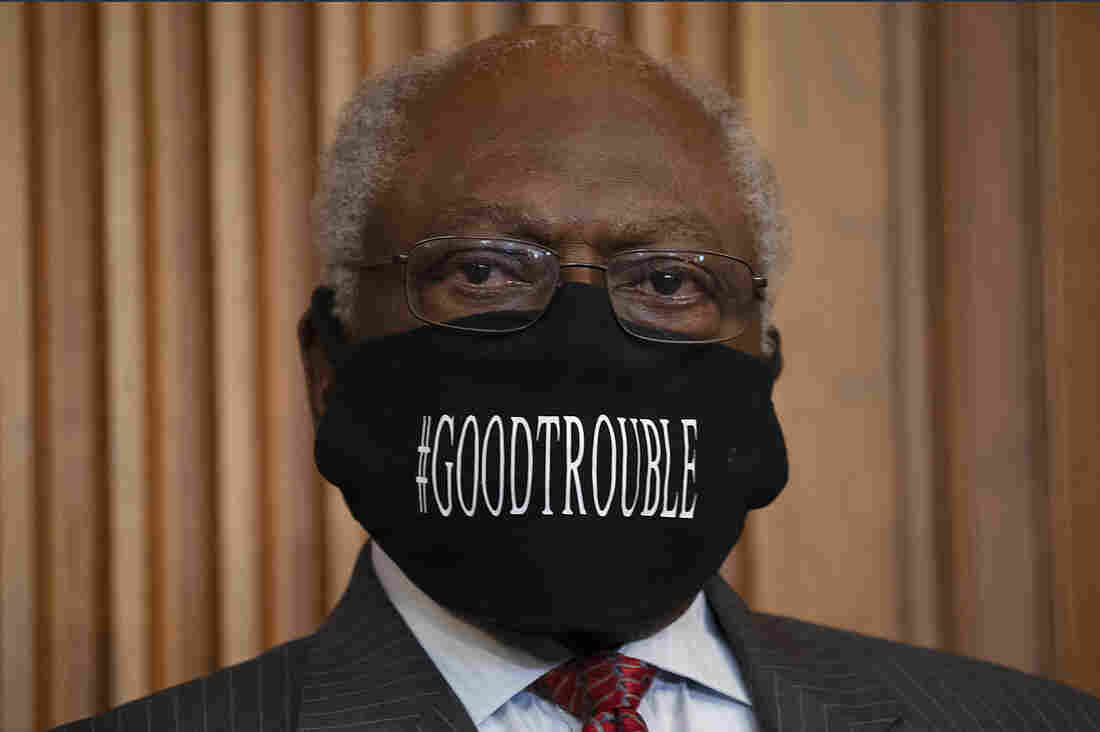 House Majority Whip Rep. James Clyburn, D-S.C., seen here during a news conference in September, suggested Sunday that House Democrats could wait to send an impeachment resolution to the Senate to begin a trial.

Clyburn said it will likely be Tuesday or Wednesday before the House takes such a vote and suggested after it’d pass, Democrats may wait several months before sending the impeachment measure to the Senate, which would ensure a Senate trial wouldn’t distract from President-elect Joe Biden’s early legislative priorities or prevent the Senate from swiftly confirming Biden’s Cabinet nominees.

“Let’s give President-elect Biden the 100 days he needs to get his agenda off and running, and maybe we’ll send the articles sometime after that,” Clyburn said on CNN’s State of the Union. “We’ll take the vote that we should take in the House, and [House Speaker Nancy Pelosi] will make the determination as to when is the best time to get that vote and get the [impeachment] managers appointed and move that legislation over to the Senate.”

On NBC’s Meet the Press, Toomey said it’s not clear the Constitution permits Senate conviction and a potential prohibition against serving in office again “after a person has left office, which is what would have to happen here.”

On Fox News Sunday, Clyburn emphasized the importance of having such a vote.

“We tell voters all the time that your vote is your voice and I believe we have to practice the same thing. Our vote is our voice, and we want to voice disapproval of the actions taken by this president last Wednesday,” he said.

House Democrats have already drafted an article of impeachment, for incitement of insurrection, with more than half of the Democratic caucus signing on as co-sponsors.

In addition to citing Trump’s inciting language to supporters on Wednesday, the resolution also references his call to Georgia Republican Secretary of State Brad Raffensperger, in which Trump urged him to “find” enough votes to overturn the election.

White House spokesman Judd Deere on Friday called the impeachment effort “politically motivated” and said it would “only serve to further divide our great country.”

With just 10 days left in Trump’s administration, calls for Trump’s resignation have grown, after he implored his supporters at a rally in Washington, D.C., on Wednesday to march to the Capitol, where lawmakers were working to certify Biden’s Electoral College win. The violent mob led an insurrection on the Capitol, forcing many lawmakers to hide in an undisclosed location. Five people died.

Pelosi told her colleagues in a letter on Saturday that they should be prepared to return to Washington this week.

“When we take our oath of office, we promise to the American people our seriousness in protecting our democracy,” she wrote. “For that reason, it is absolutely essential that those who perpetrated the assault on our democracy be held accountable. There must be a recognition that this desecration was instigated by the President.”