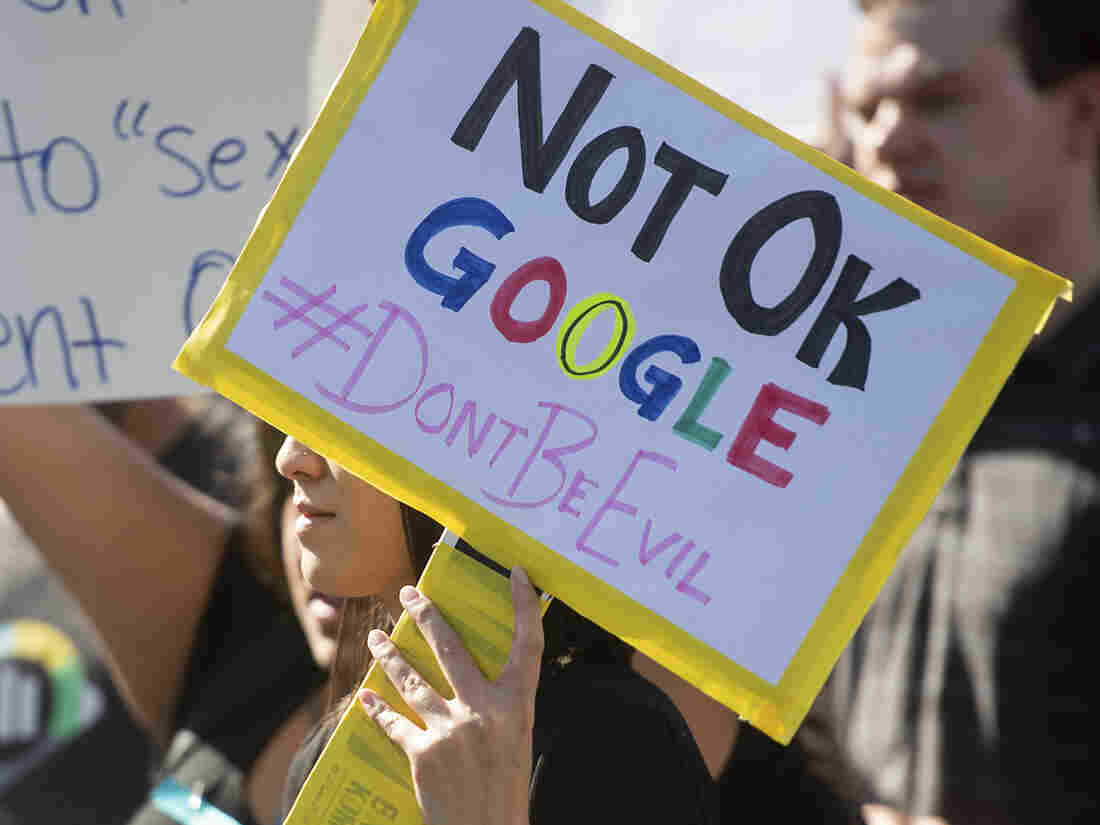 Google has been rocked by activism among employees who have grown increasingly critical of the company in recent years over issues ranging from sexual harassment to contracts with the U.S. government.

The complaint said Google’s actions amounted to “interfering with, restraining and coercing employees in the exercise of the rights guaranteed” by the National Labor Relations Act, the 1935 law that guarantees workers the right to unionize and to band together to improve their working conditions.

Google is “confident in our decision and legal position,” the company said in a statement. While the company supports workers’ protected labor rights, the employees in question had taken actions that were “a serious violation of our policies and an unacceptable breach of a trusted responsibility,” it said.

Google, which is owned by Alphabet Inc., has been rocked by employee activism in recent years over issues including sexual harassment, its work with the U.S. government, and the company’s treatment of its large contract workforce.

The federal labor agency has been investigating Google for a year, after several employees fired in late 2019 filed charges of unfair labor practices. Wednesday’s complaint accused Google of violating the rights of two of those employees, Laurence Berland and Kathryn Spiers.

Berland was one of four employees fired days before Thanksgiving 2019 for what Google described at the time as data security violations, including accessing and sharing information from other employees’ work materials and calendars.

Spiers was fired soon after. After the company hired a consulting firm known for anti-union work, Spiers created a pop-up notification reminding Google employees of their right to organize. Google said Spiers was fired for abusing her access to internal tools.

“This complaint makes clear that workers have the right to speak to issues of ethical business and the composition of management,” Berland said in a statement on Wednesday.

If Google does not settle the complaint, the agency’s case will be brought to trial in front of an administrative judge, who could order the company to reinstate Berland and Spiers and give them back pay with interest and stock options to make them whole.

“Colleagues and strangers believe I abused my role because of lies told by Google management while they were retaliating against me,” Spiers said in a statement. “The NLRB can order Google to reinstate me, but it cannot reverse the harm done to my credibility.”

The agency’s complaint did not include allegations about the firings of the other three employees dismissed at the same time as Berland, who had also filed charges with the NLRB. They had protested Google’s work with Customs and Border Protection and the hiring of a former Trump administration official, according to Laurie Burgess, the employees’ lawyer.

Burgess said in a statement those employees intend “to vigorously appeal the dismissed charges to the NLRB to ensure that the right to engage in this type of protected activity is not encroached upon.”