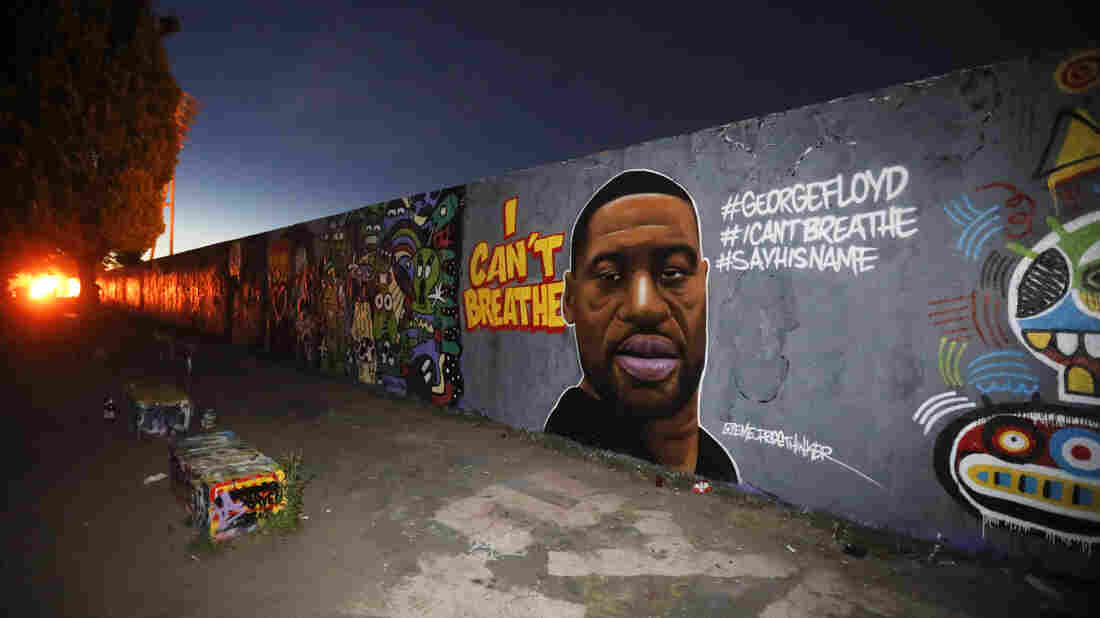 U.S. protesters rallying against the killing of George Floyd and countless other black Americans are being heard around the world as demonstrators launched their own protests in the United Kingdom, Germany and Canada over the weekend.

In Berlin, protesters gathered Sunday at the U.S. Embassy, demonstrating for a second day.

Hundreds of German demonstrators marched in solidarity with American protesters Saturday and Sunday, and chanted “Stop Killing Us,” “Black Lives Matter” and “No Justice, No Peace.”

Thousands now chanting “black lives matter” in front of the US Embassy in Berlin #GeorgeFloyd pic.twitter.com/Jh65RKhTLo

On a former section of the the Berlin Wall, in Mauerpark, a memorial popped up over the weekend depicting Floyd and “I can’t breathe,” some of his last words.

George Floyd, and his last words, were depicted in a mural by graffiti artist ‘EME Freethinker’ on a section of the former Berlin wall.

Beyond protests that gathered thousands at the capital over the weekend, four soccer players in Germany’s Bundesliga league addressed Floyd’s killing during games. One player took a knee on the field. Another exposed a shirt underneath a jersey that read “Justice for George Floyd.”

Thousands demonstrated on Sunday in London, according to the BBC, to protest Floyd’s death and police brutality.

WATCH: Some pretty big crowds in London marching down Whitehall for #BlackLivesMatterUK protests.

Also a large crowd gathered outside the US embassy. #ICantBreath pic.twitter.com/HI5BQLN0ga

Britons concentrated their protest in central London, with hundreds taking a knee in Trafalgar Square for nine minutes, signifying the amount of time the former Minneapolis police officer Derek Chauvin pinned George Floyd to the ground.

They marched along the Thames and to the U.S. Embassy, chanting “Black Lives Matter” and carrying signs with slogans such as, “How Many More?” “Racism is a Global Issue” and “Your Silence Is Deafening.” 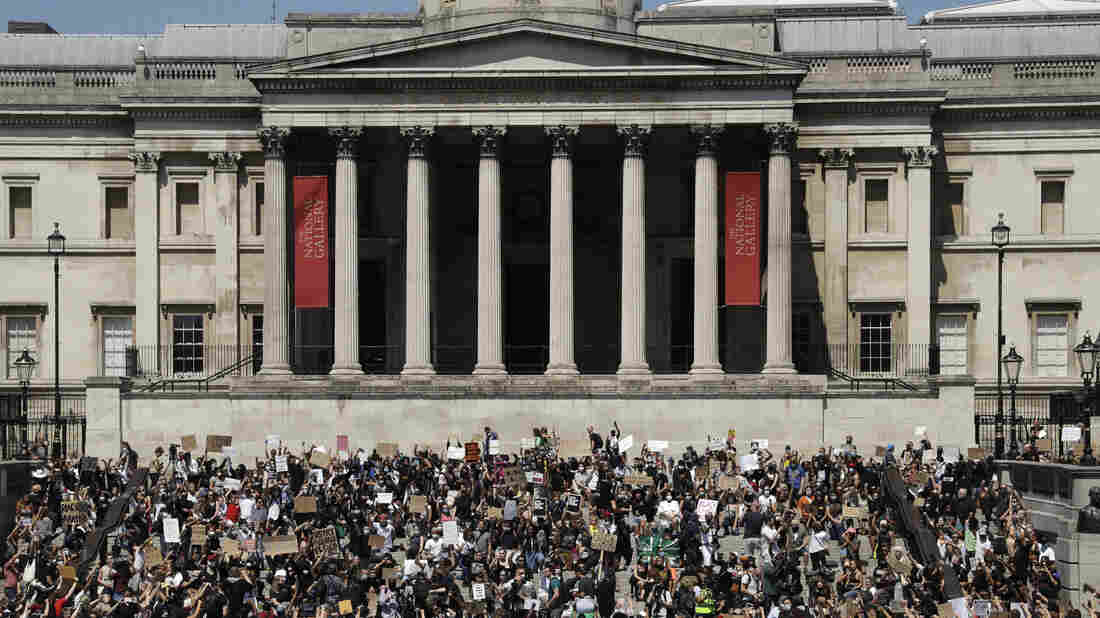 Hundreds demonstrated in Trafalgar Square in central London on Sunday, and many kneeled, to protest the recent killing of George Floyd by police officers in Minneapolis.

According to the Metropolitan Police 23 demonstrators were arrested in central London on Sunday.

Elsewhere in the U.K., demonstrations also took place in Manchester and Cardiff.

In Canada, Toronto citizens gathered in protest against injustice towards black people globally and against the death of Regis Korchinski-Paquet, a 29-year-old black woman who lived in Toronto, and the circumstances surrounding her death.

Korchinski-Paquet fell from her balcony while police officers were responding to a “domestic incident” in her home.

And in the Iranian city of Mashhad, a candlelight vigil was held in Floyd’s honor, with Black Lives Matter posters and illustrations of Floyd posted.

A candle vigil for George Floyd in the city of Mashad, #Iran.
Credit: AkharinKhabar pic.twitter.com/H4Y3NpIsvp