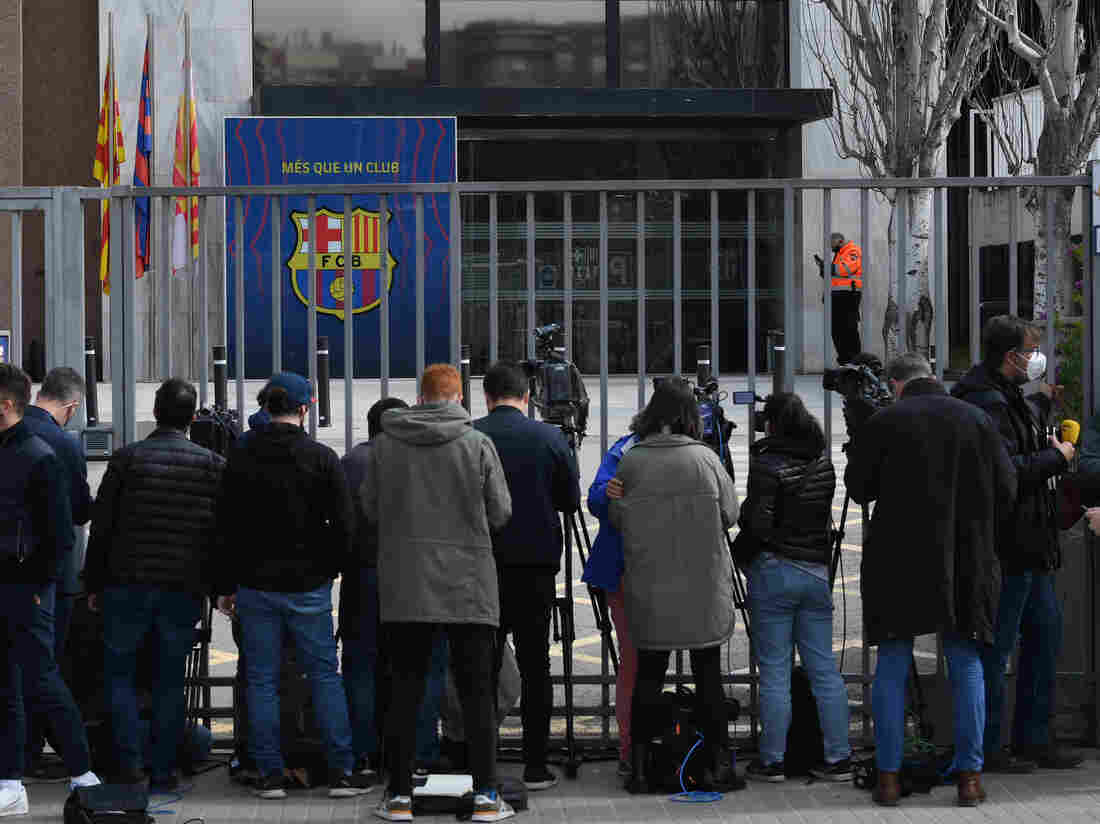 Journalists line the front gate of FC Barcelona offices on Monday during a police operation inside.

Catalan police raided the FC Barcelona stadium on Monday, and there are reports that the club’s former president and three others have been arrested.

The police said several searches and seizures were carried out by its financial crimes unit, but did not give additional details.

The club denied any wrongdoing and released an independent audit of its relationship with the marketing firm.

FC Barcelona confirmed Monday’s raid at its famed Camp Nou stadium and said it was cooperating fully. The raid comes less than a week before the club elects its next president.

“The information and documentation requested by the judicial police force relate strictly to the facts relative to this case,” it said in a statement. “FC Barcelona express its utmost respect for the judicial process in place and for the principle of presumed innocence for the people affected within the remit of this investigation.”

The club has been mired in debt related to the coronavirus pandemic, as well as ongoing political turmoil. Bartomeu resigned last year amid a deteriorating relationship with Messi, who may leave the club when his contract expires at the end of the season.