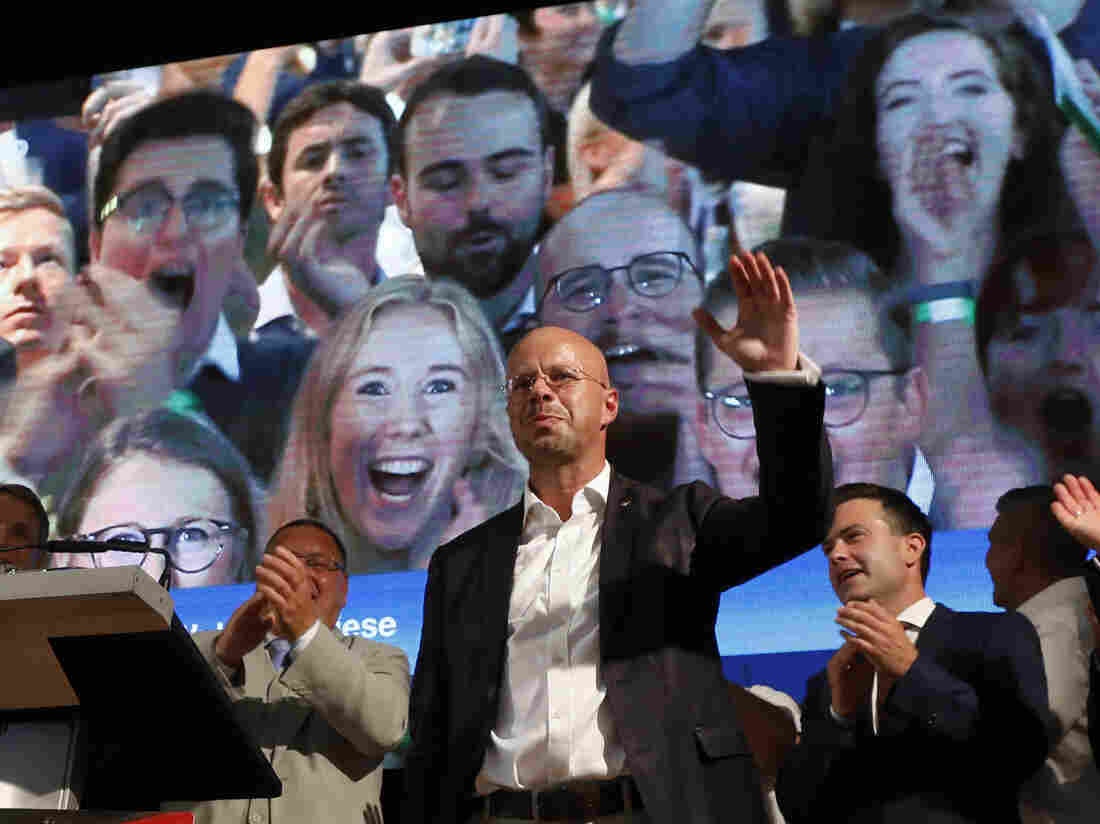 Andreas Kalbitz, an AfD leader in Brandenburg, speaks to supporters after exit poll results in state elections on Sept. 1 in Werder, Germany.

For as long as Germany has been a unified country, since 1990, the center-left Social Democratic Party has helped govern Brandenburg, a state in the country’s east that surrounds Berlin. Tina Fischer, an SPD member of Brandenburg’s state parliament, is concerned about how long that will last.

On Sept. 1, voters in her town of Zeuthen helped the far-right Alternative for Germany, the AfD, double its share of the vote in Brandenburg from 12.2% to 23.5%, nearly defeating Fischer’s party. In the state of Saxony, to Brandenburg’s south, the AfD managed to secure 27.5% of the vote, a 17.8% increase over the last election five years ago.

The center-left coalition governments in both Brandenburg and Saxony managed to hold onto power by just single percentage points. The two state elections confirmed what political analysts have been warning for years: that the AfD is rapidly gaining popularity among German voters.

In 2013, when the party was founded, it didn’t have enough votes to sit in Germany’s Bundestag or parliament. Six years later, the AfD is now the third-largest party in Germany, winning 94 of the Bundestag’s 704 seats in the last federal elections. The rapidly growing party has center-left politicians like Fischer concerned. 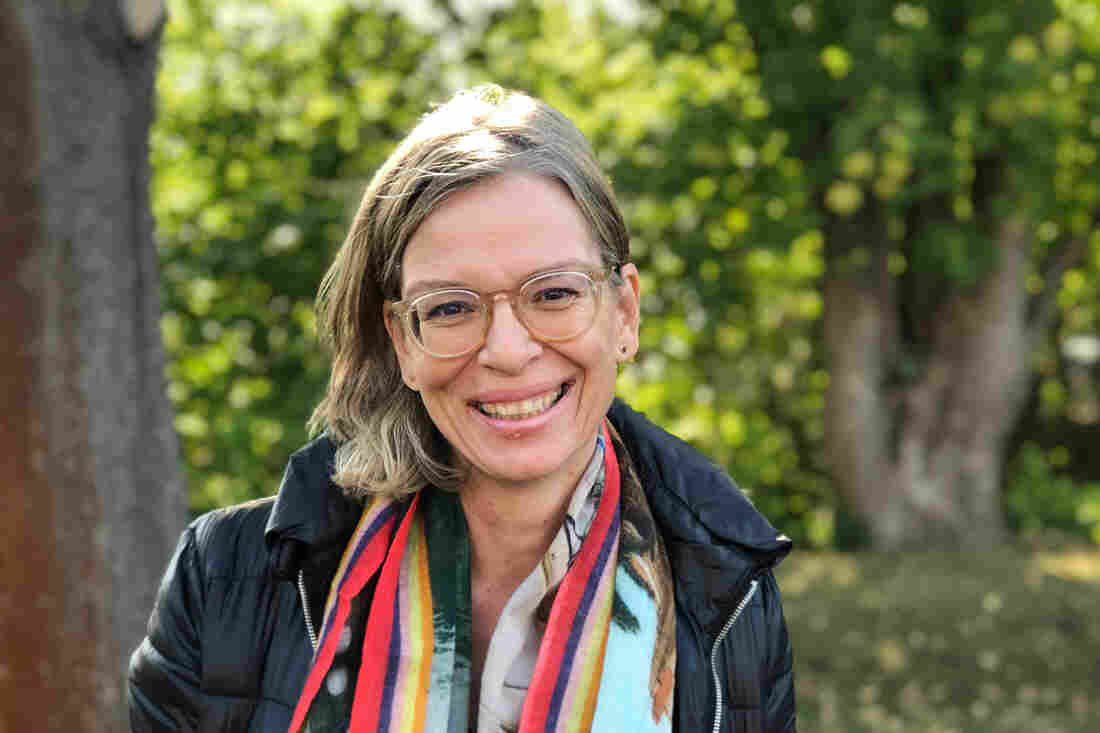 The SPD’s Tina Fischer believes her party should have reacted more quickly to voters’ concerns when Germany took in large numbers of migrants in 2015.

Fischer, a 48-year old mother of two, believes her party should have reacted more quickly to concerns about a surge of around a million migrants that Germany began taking in four years ago. Instead, Fischer recalls telling voters, “No, you don’t have to be worried, there are not so many foreigners, what are you talking about?”

Around 2% of the migrants who have moved to Germany, fleeing wars and instability in Iraq and Syria — roughly 28,000 — chose to settle in the bucolic towns of Brandenburg. Fischer and her party colleagues have learned the hard way that their constituents are still uneasy about these asylum seekers, and the AfD has successfully campaigned on these fears.

“If our children say, ‘I’m frightened,’ you can’t say, ‘You don’t have any reason to be frightened,'” says Fischer. “That’s wrong. It would have been much better to say ‘OK, we do something.'”

As she explains what she could have done better, a man on a scooter recognizes Fischer, beeps his horn and screams, “AfD is good!” before riding off.

Fischer sighs and shakes her head. She says an emboldened AfD has become popular not only through its anti-immigration message, but by how it delivers that message: through Facebook, Twitter and other social media, in a style Fischer calls “Diktatur der lauten menschen,” dictatorship of the loud. 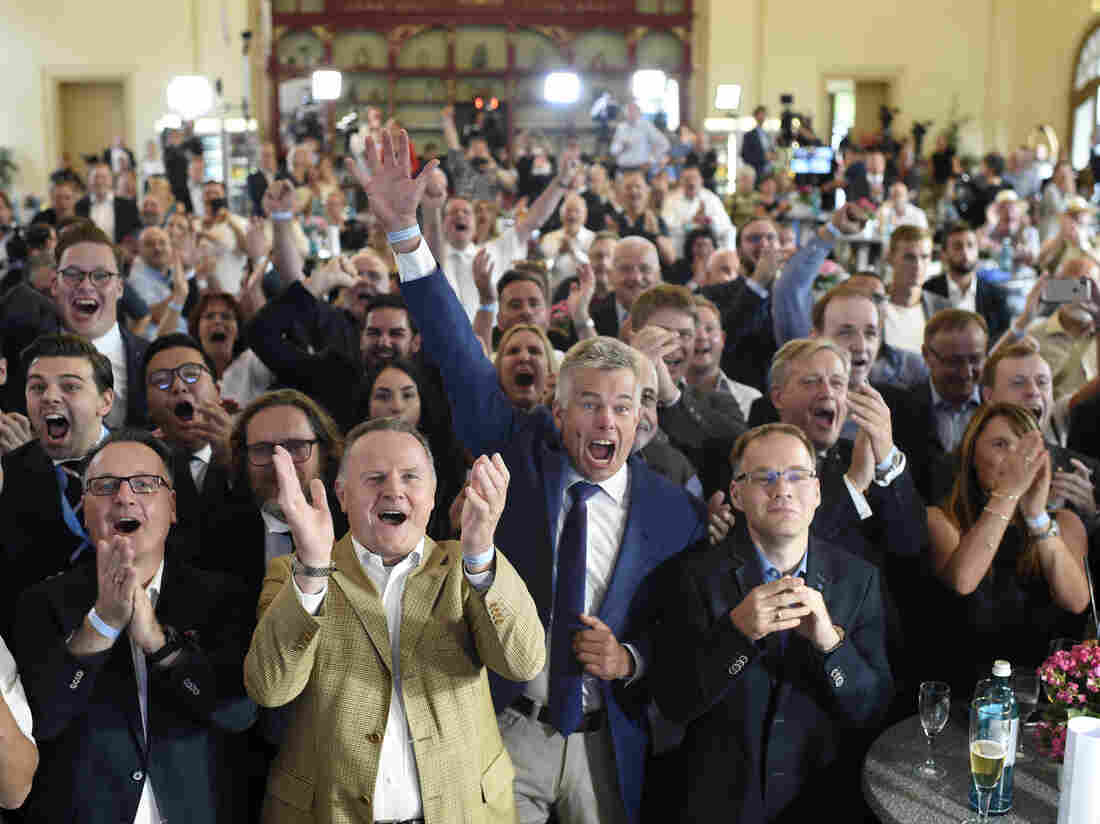 AfD supporters and politicians cheer results of the state elections in Brandenburg on Sept. 1.

Gregor Fischer/dpa/picture alliance via Getty I

Gregor Fischer/dpa/picture alliance via Getty I

She says she’s worried that AfD’s surge in popularity in Brandenburg will turn away multinational companies — the region is home to big employers like Rolls Royce and engine maker MTU, some of whose employees she imagines might be scared of settling down in what she calls “Nazi-land.”

AfD voter Peter Scheppert objects to the way the party is characterized. “It’s astonishing. I can say that we are not just one class of the population who are very stupid and who have no education,” he says. “We are highly educated, we are professors. Our opinions are shared by all classes of society.”

The 65-year-old retiree says his family – all of whom, he says, voted for AfD – have a global mindset. His 45-year-old daughter works for Bayer and speaks Mandarin. His son-in-law has lived in Japan and Spain and wants to complete his Ph.D. in England.

Scheppert says he and his family voted for the Social Democrats for decades — but switched to the AfD in this election because they’re frustrated with what he calls “an unchecked flow of asylum seekers” into Germany. He’s also frustrated with the election results. “The AfD should have had more votes,” huffs Scheppert. “Now, unfortunately, the SPD is still ruling.”

At a grocery store across town, Hendrik Böheme is on a coffee break from his construction job. He believes that the AfD’s popularity is surging because the government “mismanaged” an influx of refugees.

“There are refugees all over the world who have to be taken care of,” says Böheme. “Real refugees, with families and children, of course they should stay here. But the single men who can rebuild their home countries should go back.”

Other AfD supporters in Zeuthen refused to be interviewed by NPR, accusing it of being part of a lying, fake news establishment that would portray AfD supporters as Nazis.

Roman Kuffert, a spokesperson for the AfD in Potsdam, Brandenburg’s capital, says such suspicions are rooted in the way German media and rival politicians portray AfD members — as extremists.

A few dozen Jews from the former Soviet Union joined the AfD last year, which caused outrage among Germany’s Jewish community. Many migrants, especially from Russia, have also joined the AfD. The leader of the AfD in the Bundestag, Alice Weidel, is a lesbian.

Kuffert says Germany’s political and social elites will continue to get his party wrong until they come to the realization that the AfD represents what he calls “the country’s middle.”

Polling data released this week shows that while the AfD may not represent “the middle” nationwide, the party is rapidly gaining in national popularity. A monthly survey by the Institut für Demoskopie Allensbach shows the AfD achieving its highest popularity score all year among voters throughout Germany, reaching 14% from just 1.5% in August.

Political analysts will be closely watching the upcoming state elections in the eastern state of Thuringia on Oct. 27, where the AfD is polling neck-and-neck with centrist and leftist parties.