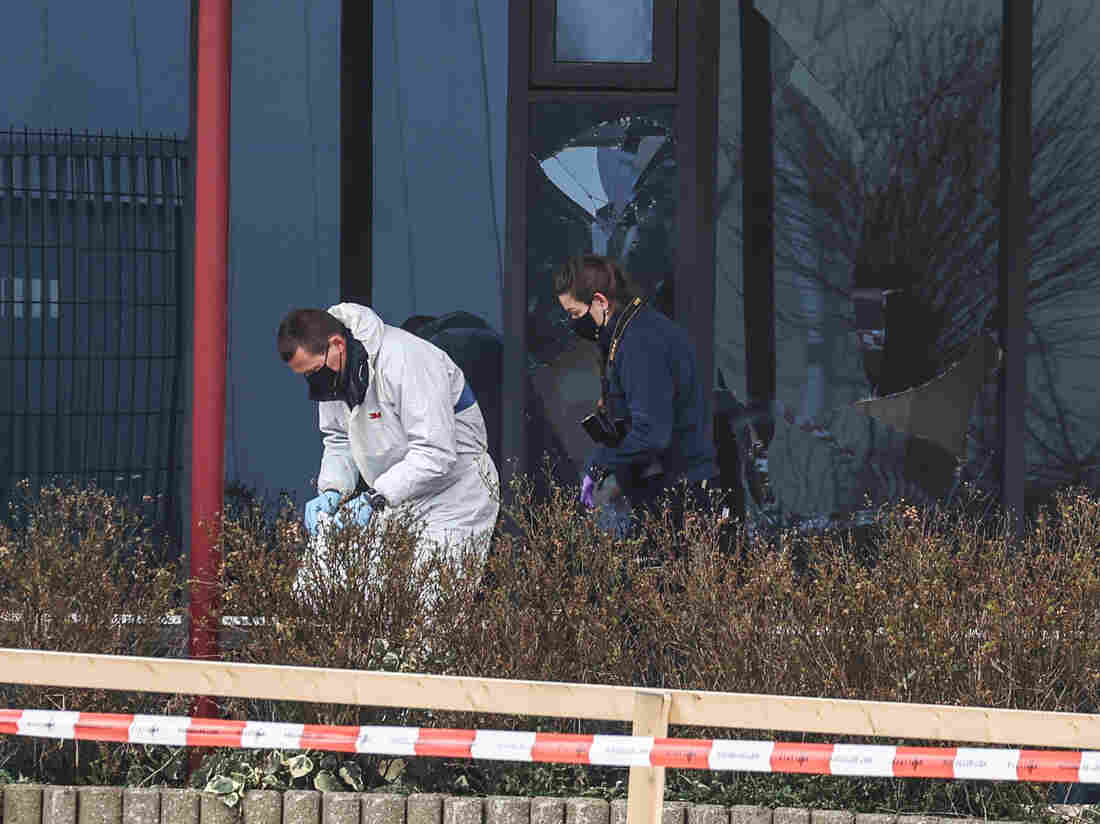 Forensic investigators search for evidence after an explosion on Wednesday at a coronavirus testing center in the town of Bovenkarpsel, The Netherlands.

Dutch police in a town north of Amsterdam are investigating an explosion outside of a coronavirus test center early Wednesday.

Police say the explosion went off at about 6:55 a.m. outside of the center in Bovenkarspel, a town about 40 miles northeast of Amsterdam. There were no injuries from the blast. Investigators told local media that the explosion appeared intentional, as remnants of an exploded metal cylinder were found outside of the building.

Police spokesman Menno Hartenberg told Reuters that it “must have been placed” there. “Something like that doesn’t just happen by accident.”

Officers were alerted to the incident by a security guard, who called police saying he heard a loud bang. The area surrounding the test center was cordoned off while police investigated.

Police said five windows were shattered, according to Deutsche Welle.

This incident comes just two weeks ahead of national elections on March 17. It also happened the same day that pandemic lockdown rules in the Netherlands were eased, after months of strict quarantine measures.

Several Dutch cities in January saw by major protests in response to strict lockdown rules. Large crowds of protesters clashed with police and hurled rocks at officers. Fires burned in the streets and shops were broken into and looted. The government imposed a curfew, shut many businesses, and limited the number of visitors to each household per day.