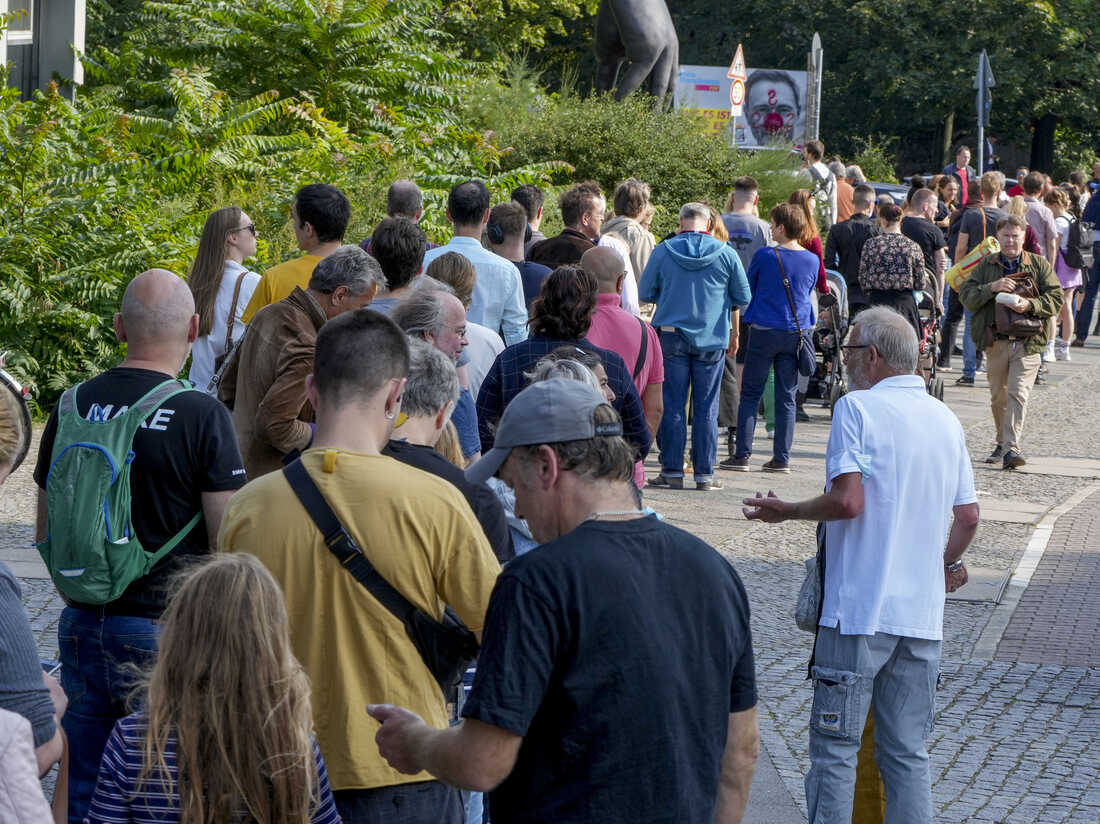 People queue in front of a polling station in the Moabit district of Berlin, Germany. German voters are choosing a new parliament in an election that will determine who succeeds Chancellor Angela Merkel after her 16 years at the helm of Europe’s biggest economy.

Early exit polls from Germany show an extremely close race between the center-left Social Democratic Party and the center-right Christian Democratic Union, in an election that will decide the next chancellor of the country after 16 years of Angela Merkel in office.

Merkel’s Christian Democratic Union and its partner, the Christian Social Union, have 25% of the vote, placing them in a tie with the Social Democratic Party. Following behind is the Greens with 15%.

Further updates in the numbers are expected as the tallying continues Sunday in Germany.

Polls opened at 8 a.m. local time and closed at 6 p.m. There may be more delays than usual in counting ballots this year due to the pandemic and the number of voters who participated in mail-in voting, analysts say.

The latest polling leading up to election day showed the Social Democratic Party narrowly ahead of Christian Democratic Union/Christian Social Union partnership. The Greens and the far-right Alternative for Germany party, were following behind, as was the Free Democratic Party, which is more libertarian.

Of the higher-polling parties, theleading contenders to succeed Merkel are the Social Democrats’ Olaf Scholz, the Christian Democrats’ Armin Laschet and Annalena Baerbock of the Greens.

Economic issues and concerns over how to handle climate change are some of the top concerns among voters in this election. It’s a tight race so far, which has some voters still torn over how to vote — even on election day.

“I’m very torn. I like Scholz because of his initiative on taxes for the international minimum tax level, but I’m not so sure how strong they’ll be on climate,” first-time-voter Vessela Hristova told NPR.

Even with the uncertainty surrounding this year’s election, some voters in Berlin — a more liberal leaning city compared to Merkel’s conservative leaning politics — say they will not miss Merkel in office.

“Maybe when we see what will be the result of this election, maybe we will miss her! I don’t know. She’s not my chancellor,” Katja Lucke told NPR.

In the German election system, parties may have to form coalitions to determine a majority. And in this year’s election, it could result in three parties forming a coalition, a rarity in German politics.