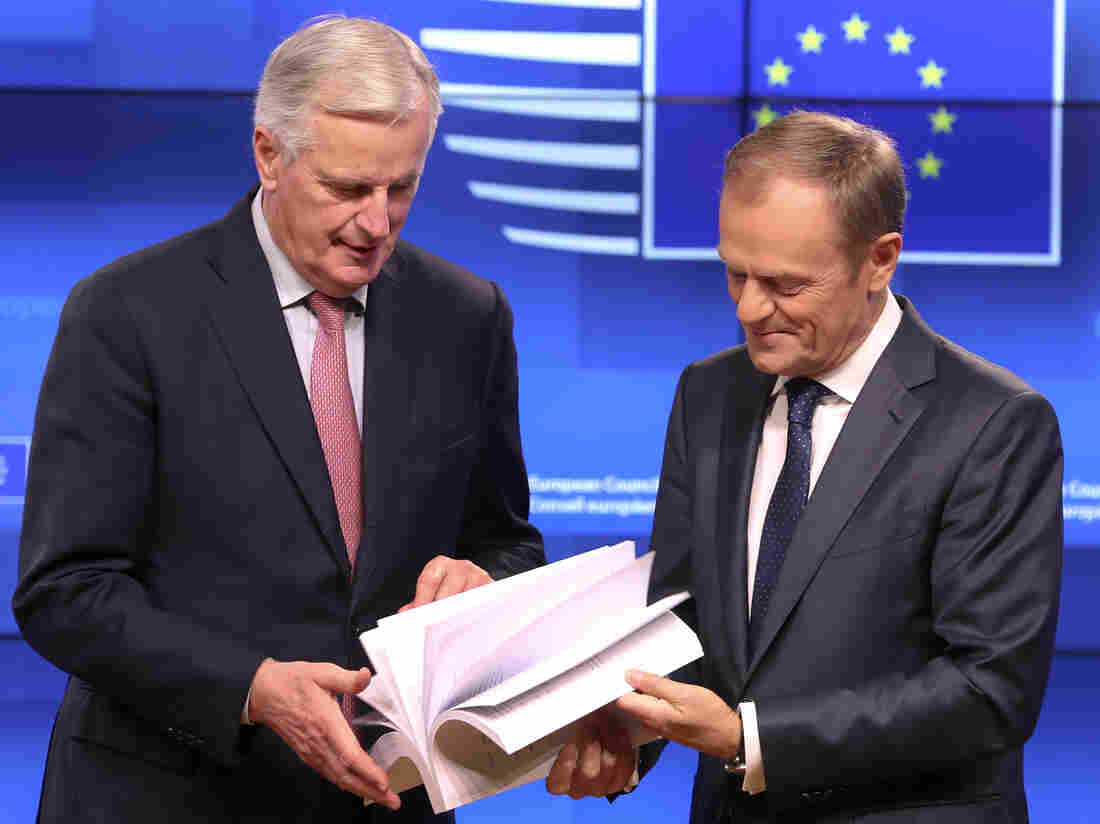 European Union leaders are poised to come to a deal on Brexit this weekend in Brussels.

The deal — a document of more than 500 pages — would allow the U.K. a 20-month “transition period” before breaking off from the EU.

EU President Donald Tusk says he’d “recommend that we approve on Sunday,” even though “no one has reasons to be happy.”

I will recommend that we approve on Sunday the outcome of the #Brexit negotiations. No one has reasons to be happy. But at least at this critical time, the EU27 has passed the test of unity and solidarity. https://t.co/N3EexasL2n

In a statement, Tusk wrote to the European Council, “During these negotiations, no-one wanted to defeat anyone. We were all looking for a good and fair agreement. And I believe that we have finally found the best possible compromise.”

Those fears were quelled after Sanchez spoke with Tusk, and directly with British leaders, on Saturday.

British Ambassador to the EU, Tim Barrow wrote in a letter that the U.K. “will negotiate the future agreements implementing the Joint Political Declaration on behalf of all territories for whose external relations the U.K. is responsible to ensure an appropriate and beneficial future relationship with the EU.”

Sanchez confirmed that a deal had been reached over the future of Gibraltar, according to the Associated Press.

Leaders will vote on Sunday. If the deal passes, it will head to the British parliament, where it awaits further opposition.