Early Results Show The German Election Is Too Close To Call 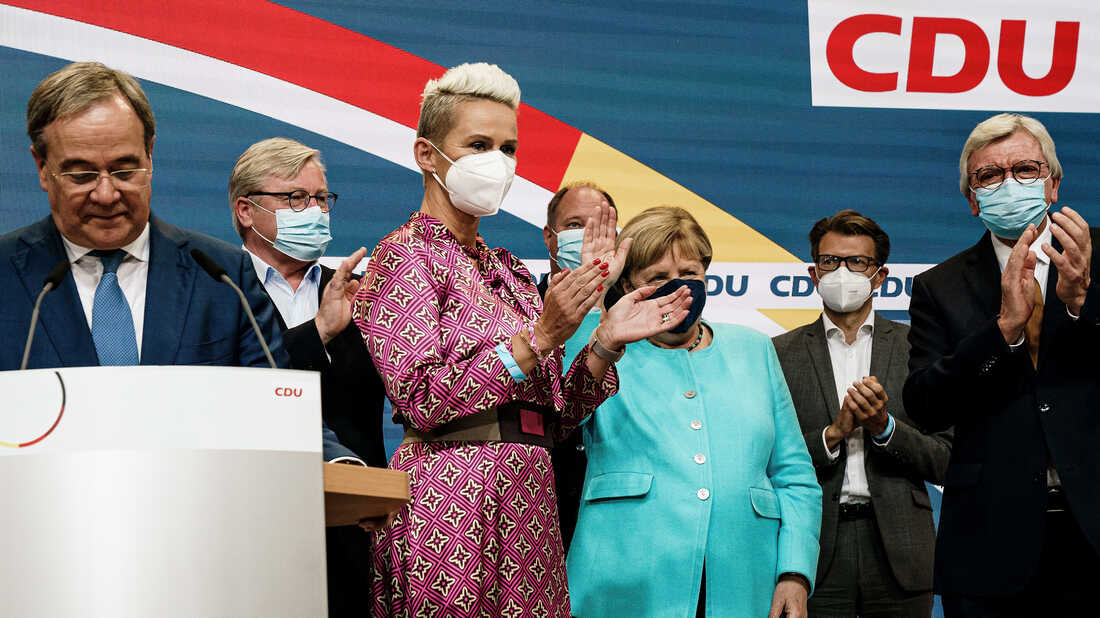 German Chancellor Angela Merkel receives applause during the Christian Democratic Union (CDU) election event on Sunday in Berlin. Voters have gone to the polls nationwide in elections that herald the end of Merkel’s 16-year chancellorship.

BERLIN – Germany’s two largest parties have emerged from Sunday’s election in what amounts to a dead heat, according to preliminary results. The first projected results released by national broadcaster ARD put the country’s center-left Social Democrats at 24.9%, just two-tenths of a percentage point ahead of Merkel’s center-right party.

Another exit poll released by broadcaster ZDF showed a slightly wider gap between the top two parties, with the Social Democrats, the SPD, at 25.7% and the center-right party, the Christian Democratic Union/Christian Social Union, at 24.6%. While the results are only preliminary, they underscore how difficult it will be for Germany’s top parties to form a coalition government. And whenever one is formed, it’s likely to be a three-party coalition, the first in recent memory.

However, hours after the polls closed, it was unclear what form that coalition would take or whether it would be led by Social Democrat chancellor candidate Olaf Scholz, or by Armin Laschet, the candidate from Merkel’s CDU party.

“We, as the Christian Democratic Union, have received a clear mandate from our voters that a vote cast for the Union is a vote cast against a left government,” said Laschet to cheers from party members soon after the first results were released. “And this is why we will do all we can to form a German government led by the Christian Democratic Union.” 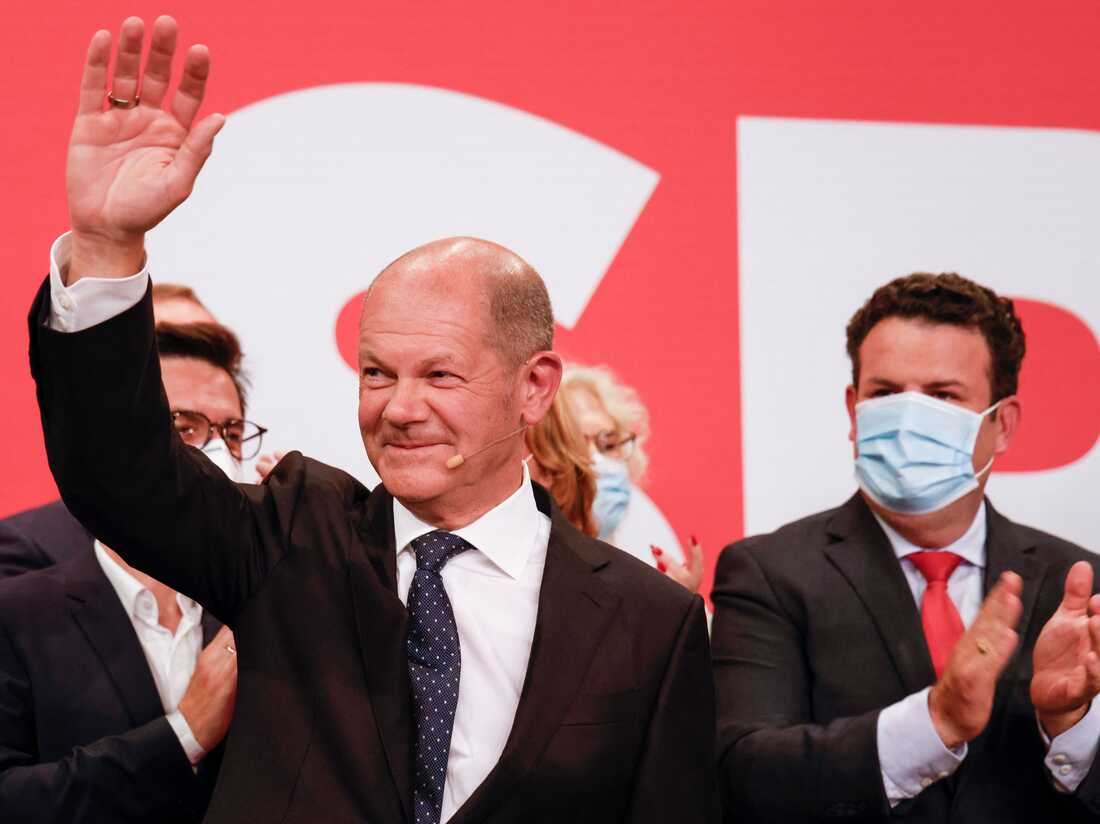 German SPD candidate for chancellor Olaf Scholz waves on stage at the Social Democratic Party (SPD) headquarters after the estimates were broadcast in Berlin on Sunday.

Meanwhile at the Social Democratic Party headquarters, chancellor candidate Olaf Scholz spoke to hundreds of jubilant supporters. “Being pragmatic, being optimistic and joining ranks: This is what we will show in the time ahead, and this is what is important,” he said. “And I’m sure that the citizens of this country will be glad they voted the way they did when they voted for the Social Democrats. We will deliver on our promises. So let’s wait until the final election results, but then we will get down to business.”

The Social Democrats appeared to make big gains compared to the last German election in 2017, but they weren’t alone. The environmentalist Green Party also appeared to receive more votes than last time, but fell short of having its own shot at the chancellery. The CDU/CSU lost support, and is heading for the worst result since its formation in 1945.

Given the narrow margins, it’s possible tabulating the final election results in Sunday’s election will take longer than expected, as will the more difficult work of negotiating between the prevailing parties to form a new coalition government.

Sunday’s election was the first in Germany’s post-war history when an incumbent chancellor did not stand for reelection. Chancellor Angela Merkel plans to step down once the next government is formed, but after an election as close as this one, that could take many months.