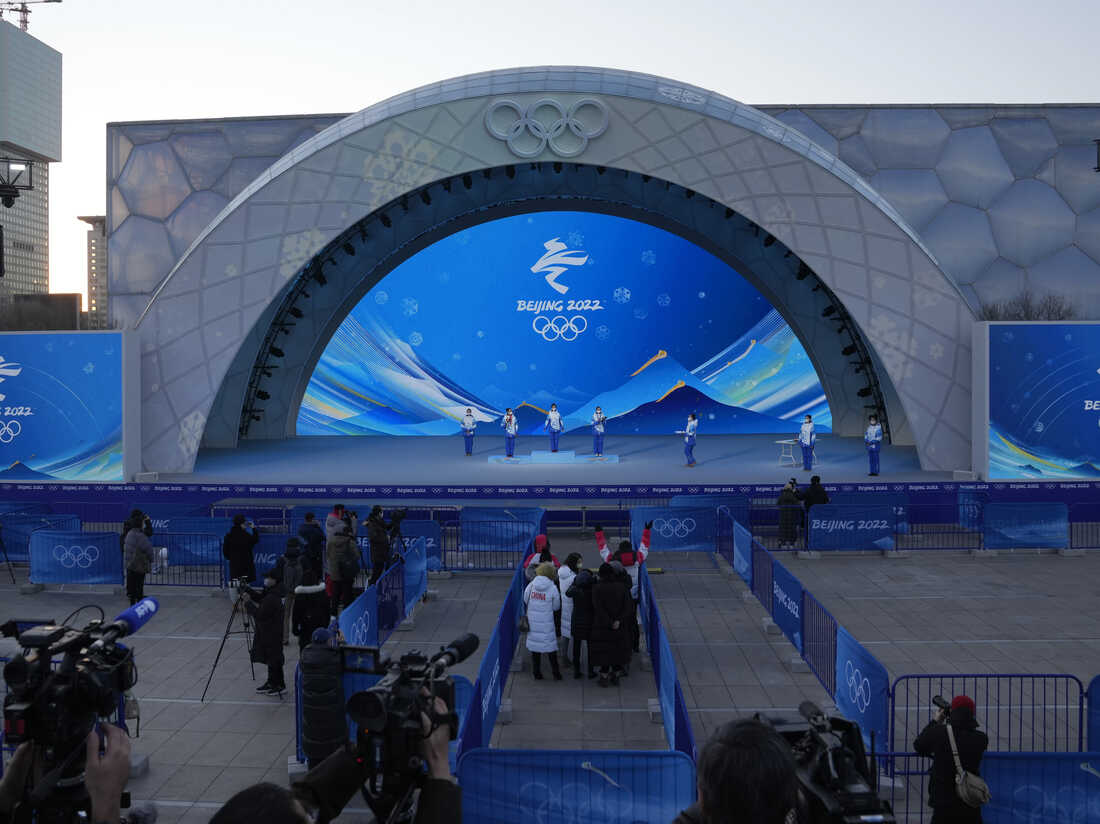 Staff members rehearse a victory ceremony at the Beijing Medals Plaza last week. The venue will host some medal ceremonies at the upcoming winter Olympics.

With the 2022 winter Olympics taking place in Beijing in less than two weeks, NBC Sports announced Wednesday that it will not be sending any announcing teams to this year’s Olympics games — citing “COVID concerns.”

“The announce teams for these Olympics, including figure skating, will be calling events from our Stamford (Connecticut) facility due to COVID concerns,” an NBC Sports spokesperson said in an email to NPR.

The spokesperson confirmed that the network will still have a large presence on the ground in Beijing, saying its coverage of everything related to the games will be “first-rate as usual.”

“Our plans are evolving by the day as they are for most media companies covering the Olympics,” the spokesperson said.

As first reported by USA Today, NBC Sports scheduled broadcasting teams to announce from Beijing covering figure skating, Alpine skiing and snowboarding. However, as of Wednesday, those plans have been canceled. 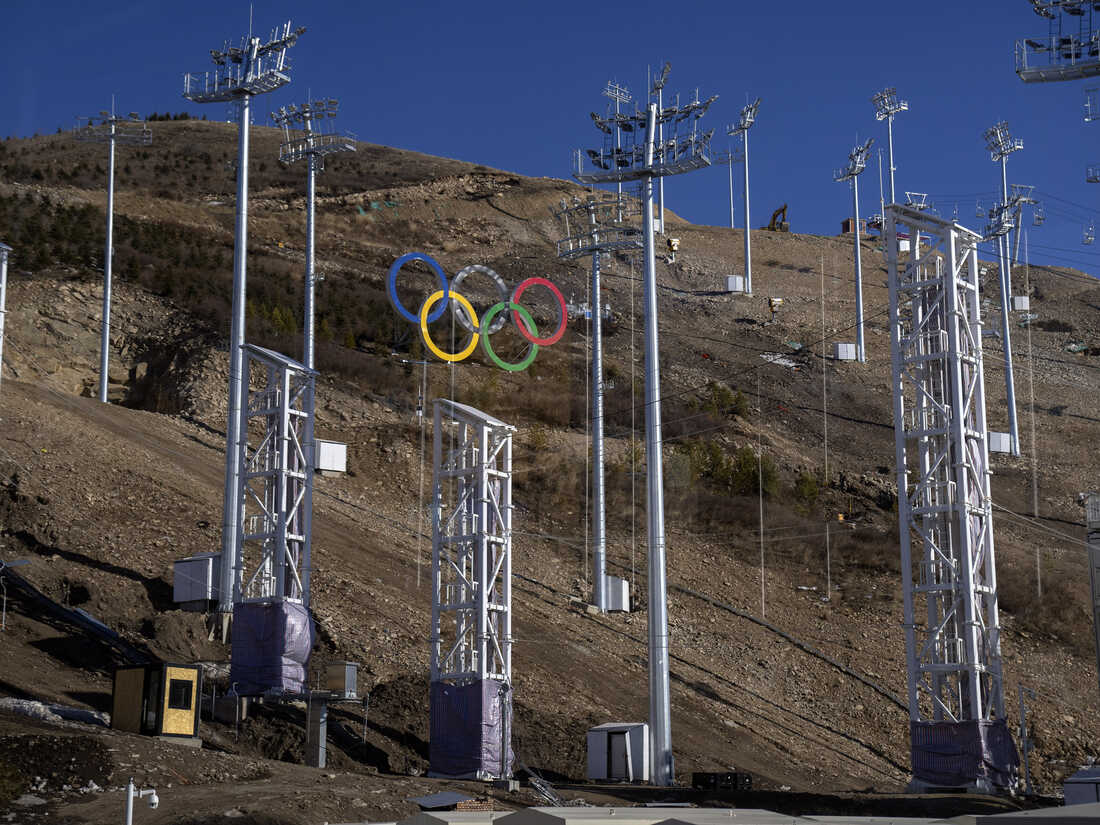 The Olympic logo is seen on a hillside at Zhangjiakou Genting Snow Park in Zhangjiakou in northern China’s Hebei Province, Saturday, Nov. 27, 2021. The venue will host the freestyle skiing and snowboard competitions at the upcoming 2022 Beijing Winter Olympics.

Officials with NBC Sports told USA Today the network’s plan to cover the Olympics from its Stamford facility was a similar strategy used to cover the delayed 2020 Tokyo Summer Olympics last year.

“We’ll have more personnel there than in the host city,” Molly Solomon, president of NBC Olympics Production, told USA Today.

Earlier this week, the International Olympic Committee said no tickets will be sold for both the winter Olympic and Paralympic Games in Beijing due to the “grave and complicated situation of the COVID-19 pandemic.”

Instead, organizers announced this week that they would invite groups of spectators to attend the games in person.

“The organisers expect that these spectators will strictly abide by the COVID-19 countermeasures before, during and after each event as pre-conditions for the safe and sound delivery of the Games,” the Beijing 2022 organizing committee said in a statement.

The International Olympic Committee previously said they only would sell tickets to spectators living in mainland China who met certain COVID-19 safety protocols.

The winter Olympics will take place from Feb. 4 to Feb. 20, and the winter Paralympic Games are scheduled for March 4th through the 13th.