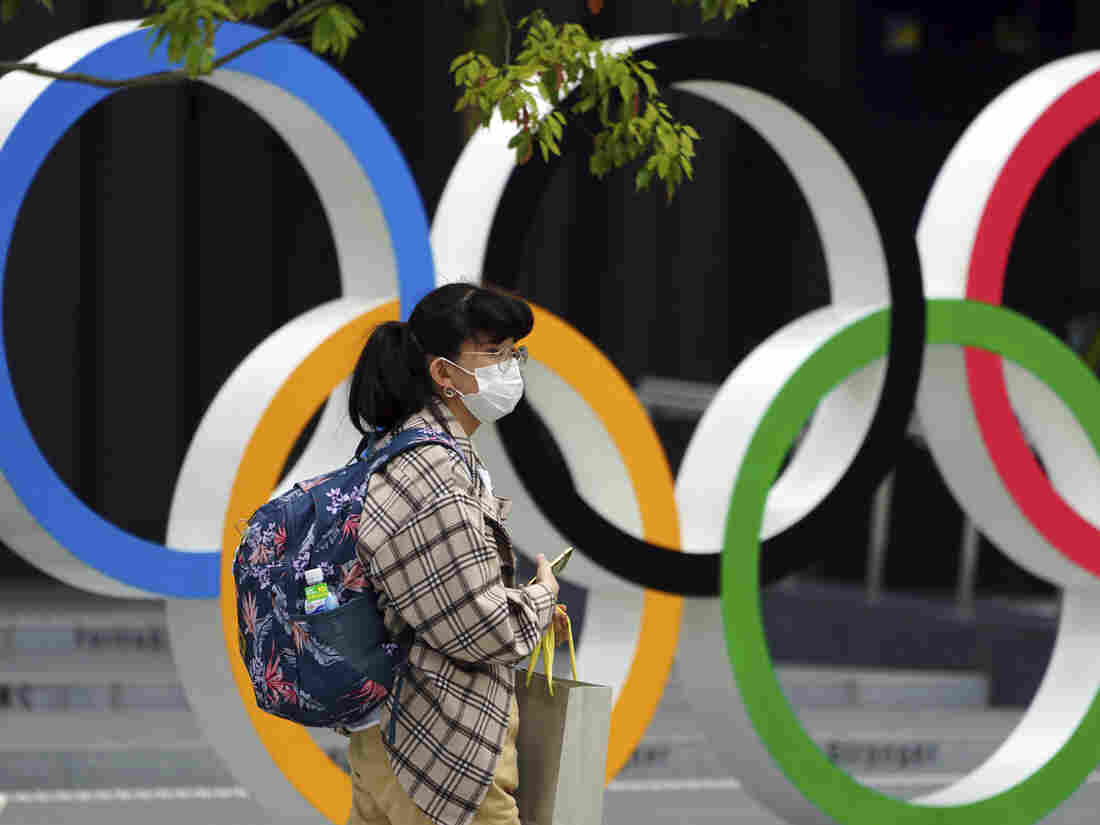 A woman wearing a protective mask to help curb the spread of the coronavirus walks in front of he Olympic Rings on Tuesday in Tokyo. North Korea says it will not attend the games over COVID-19 fears.

North Korea says it will skip the upcoming Summer Olympics in Tokyo, citing coronavirus concerns – a move that frustrates South Korea’s hopes that the games might revive stalled peace talks between the bitter rivals.

The decision to sit out the already delayed Tokyo Games means the North’s athletes will be a no-show at the Olympics for the first time since Pyongyang boycotted them in 1988, the year they were held in Seoul.

The North’s Olympic Committee “decided not to participate in the 32nd Olympic Games during the [March 25] general assembly to protect our athletes from the global health crisis situation related to the coronavirus as proposed by committee members,” according to a translation by South Korea’s Yonhap news service of the announcement on an official state-run website devoted to sports affairs in North Korea.

Pyongyang’s decision in 2018 to send nearly two dozen athletes; government officials including leader Kim Jong Un’s influential sister, Kim Yo Jong; journalists; and even a cheering squad with more than 200 members to the Winter Games in South Korea helped break a diplomatic logjam that led to a brief rapprochement with Seoul and Washington.

South Korea’s Unification Ministry expressed regret over the North’s latest decision, saying it had hoped the Olympics would be an opportunity for improving inter-Korean relations.

North Korea claims to have no confirmed coronavirus cases or COVID-19 deaths. Although Pyongyang has a history of little to no transparency about what is happening inside the country, some outside experts believe the country’s near-total isolation and aggressive lockdowns have likely helped spare it from the worst of the pandemic, to the detriment of its economy.

Victor Cha, senior vice president and Korea chair at the Center for Strategic and International Studies and a professor at Georgetown University, told NPR’s Here & Now in February that North Korea “is quite paranoid on a good day, but right now they are extremely paranoid about COVID getting into the country.”

He said while it’s hard to know what is going on in the country, “it’s certainly plausible that there are no cases inside the country, because they have sealed the border for more than a year.”

A South Korean Foreign Ministry spokesman, Choi Young-sam, said it was not too late for Pyongyang to reverse its decision.

However, Park Won Gon, a professor of North Korea studies at Seoul’s Ewha Womans University, told The Associated Press that it’s unlikely the North would change its mind about the Games, given the low probability that it can secure enough vaccine to inoculate its population of 26 million by the time the events begin.

The North has shown “a coronavirus-related neurosis since it declared an emergency anti-virus system in January last year,” Park said.

The Olympics have already been postponed a year due to the pandemic. Despite speculation that they might be delayed yet again, Tokyo’s organizing committee has maintained adamantly that they will begin as planned on July 23. North Korea’s move makes it the first major country to say it is skipping the games as a result of the pandemic.

Japan’s chief Cabinet secretary, Katsunobu Kato, said Tokyo expressed hope that many countries would attend the Olympics and promised measures to minimize the danger of the spread of the virus, according to the AP.

Even so, organizers have banned overseas spectators from the Olympic and Paralympic Games this year as a precaution against spreading the coronavirus.