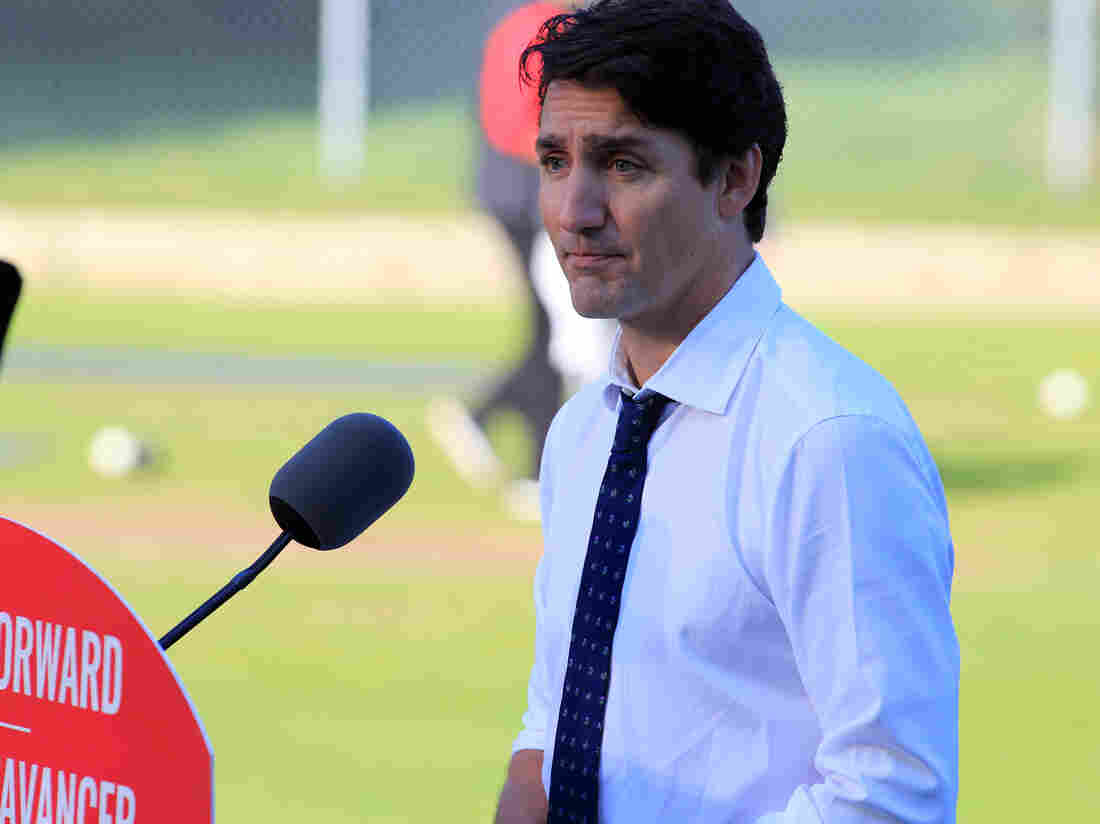 Canadian Prime Minister Justin Trudeau is apologizing for having worn brownface makeup at a 2001 costume party.

“I should have known better then, but I didn’t and I did it and I’m deeply sorry,” he said to reporters in his campaign plane in Halifax, Nova Scotia.

The revelation was first reported by Time magazine late Wednesday which published a picture of Trudeau wearing a turban and robe with dark makeup on his face, neck and hands for an Arabian Nights-themed party at a private school where he taught before entering politics.

Speaking of the Aladdin costume and makeup he wore when he was 29-years-old, Trudeau said, “It was a dumb thing to do.”

“I’m pissed off at myself, I’m disappointed in myself,” he added.

The prime minister who just launched his reelection campaign a week ago also admitted that there was another time he had worn makeup.

Trudeau said he did it in a high school talent show while singing the Harry Belafonte song, “Banana Boat Song (Day-O).”

Canada’s Conservative Leader Andrew Scheer, who is challenging Trudeau in the Oct. 21 federal election, said the prime minister’s photo was racist in 2001 and is racist in 2019.

“What Canadians saw this evening was someone with a complete lack of judgment and integrity and someone who is not fit to govern this country,” said Scheer as quoted by the Associated Press.

Trudeau, who said he has worked all of his life against racism and intolerance, said he recognizes the brownface makeup was “racist.”