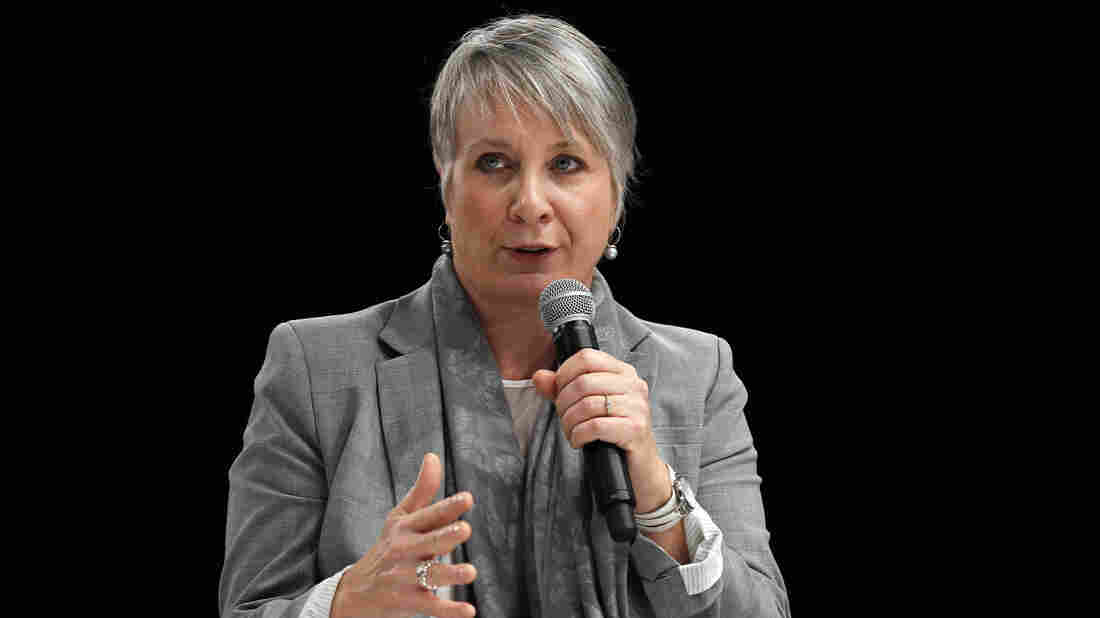 Canadian Minister of Health Patty Hajdu, pictured in 2016, announced a new rule in response to a U.S. plan to import drugs from Canada.

Ahead of an expected surge in U.S. demand for prescription drugs, the Canadian government has blocked the distribution of certain medications outside Canada in order to avoid a shortage within the country.

The Canadian health minister signed an order Friday to limit bulk exports, saying it would help safeguard the country’s drug supply. The move comes in response to a new U.S. rule that would let pharmacists or wholesalers import certain prescription drugs in bulk.

The Trump administration announced the rule to much fanfare in September. Surrounded by doctors and nurses, the president promised it would be a “game changer for American seniors.” Just weeks ago, Trump said the rule would cut out middlemen who hike up prices, and would let states, wholesalers and pharmacies import drugs directly from Canada, cutting drug prices in half.

The rule was set to go into effect on Monday. But the Canadian government says it won’t comply if sales would cause or worsen a drug shortage. Canada may require companies to first assess potential shortages before any sales take place.

“Our health care system is a symbol of our national identity and we are committed to defending it,” Minister of Health Patty Hajdu said in a statement. “The actions we are taking today will help protect Canadians’ access to the medication they rely on.”

Between 10-15% of drugs are in shortage at any given time, and close to half of all marketed drugs in Canada have been in shortage at least once, according to Health Canada. The COVID-19 pandemic has made the situation worse, as demand grows for certain medications used to treat coronavirus infections, the department said. By late October, Canada had experienced 42 serious shortages, compared to about 10 shortages throughout all of 2019.

In any case, the Canadian government thinks the new U.S. rule wouldn’t do much to reduce drug prices in the U.S., since the Canadian market is small and represents only 2% of global pharmaceutical sales.

Canada’s order didn’t name any specific drugs that would be blocked from export. Health Canada spokesperson Anna Maddison told NPR the order will apply “only to the categories of drugs that are subject to shortage reporting,” such as prescription drugs and controlled substances. “It does not apply to over-the-counter drugs, or to drugs manufactured in Canada or imported solely for the purpose of export,” Maddison said.

Health Canada maintains a regularly updated list of drug shortages. A September report from the University of British Columbia found that one quarter of prescription drugs in Canada may be in short supply.