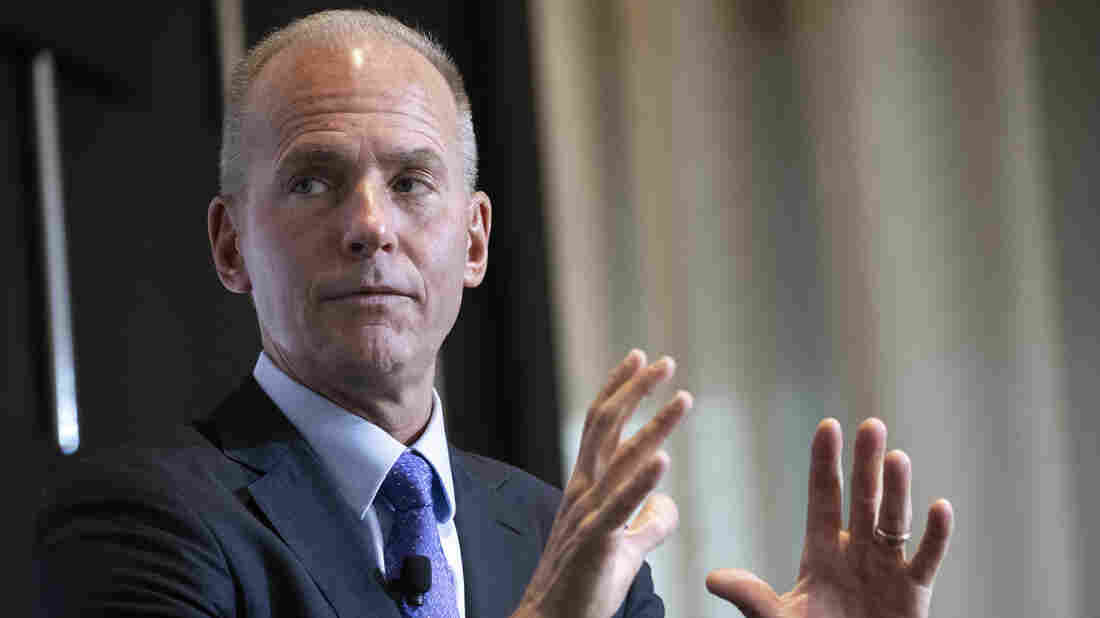 Boeing CEO Dennis Muilenburg in New York earlier this month. The Boeing board has voted to take away his job as chairman so he can focus on fixing 737 Max jets which are all grounded after two fatal crashes.

With the company under intense scrutiny in investigations into two deadly plane crashes, Boeing’s board of directors has stripped CEO Dennis Muilenburg of his dual role as company chairman.

In a statement on Friday, the Chicago-based aerospace giant says it has separated the top two roles so that chief executive Muilenburg can “focus full-time on running the company as it works to return the 737 Max safely to service, ensure full support to Boeing’s customers around the world, and implement changes to sharpen Boeing’s focus on product and services safety.”

The same company news release quotes newly elected chairman David Calhoun as saying, “The board has full confidence in Dennis as CEO and believes this division of labor will enable maximum focus on running the business with the board playing an active oversight role.”

The news comes the same day a report from a panel of international safety experts criticizes Boeing for making faulty assumptions when designing the 737 Max and for failing to disclose critical information about a flight control system to pilots and regulators.

Investigators say that in crashes in Indonesia last year and in Ethiopia in March, shortly after takeoff, the flight control system repeatedly forced the planes into uncontrollable nose dives. The two crashes killed a total of 346 people.

Friday’s report and others also take aim at Boeing’s corporate culture which some critics say emphasizes profit over safety, as some employees in safety oversight roles complained of “undue pressure” to accelerate the development and certification of the 737 Max while keeping costs down.

In recent weeks, some aerospace industry analysts have called for Muilenburg’s ouster.

“The 737 MAX will end up years from now as a Harvard Business School case study in mismanagement, and the buck stops with the CEO,” analyst Earnest Arvai at AirInsight wrote last week.

Leeham.net analyst Bjorn Fehrm said that it is “time to start to criticize Boeing’s business culture and to look at the board and the top management.”