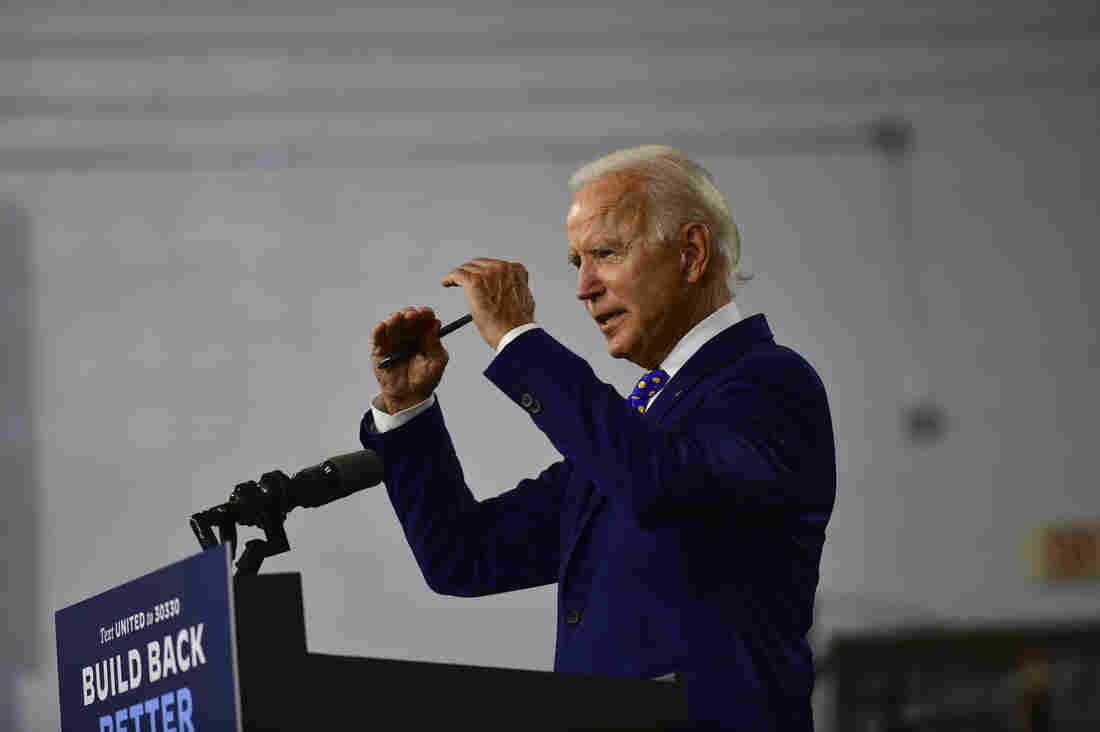 Former Vice President Joe Biden, seen here at a speech in July in Delaware, has apologized for suggesting the African American community is not diverse.

Presumptive Democratic presidential nominee Joe Biden sought to clear up comments he made earler this week that suggested the African American community is mostly not diverse.

In response to a question from NPR’s Lulu Garcia-Navarro about whether Biden would engage with Cuba if elected president, Biden said yes and went on to contrast the diversity of the country’s Latino community with that of the Black community.

NEW: Biden draws distinction between diversity within Black and Latino communities, telling @NPR‘s @lourdesgnavarro that “unlike the African-American community, with notable exceptions, the Latino community is an incredibly diverse community with incredibly different attitudes..” pic.twitter.com/ZbWmVZTFFL

Biden said later that day, in a series of tweets, “in no way did I mean to suggest the African American community is a monolith – not by identity, not on issues, not at all.”

“Throughout my career I’ve witnessed the diversity of thought, background, and sentiment within the African American community. It’s this diversity that makes our workplaces, communities, and country a better place,” Biden continued.

It’s not first time Biden has had to backtrack comments on the Black community this campaign.

In May, he told Breakfast Club host Charlamagne Tha God, “If you have a problem figuring out whether you’re for me or Trump, then you ain’t black.”

His campaign later said the remarks were made in “jest.”

Trump has repeatedly claimed he’s done more for the Black community in this country than any other president.

But the majority of Black voters in polls say they will not be voting for Trump come November.

It was the support from Black voters in the South Carolina primary that revitalized Biden’s campaign and catapulted him forward as the Democratic party’s presumptive nominee.