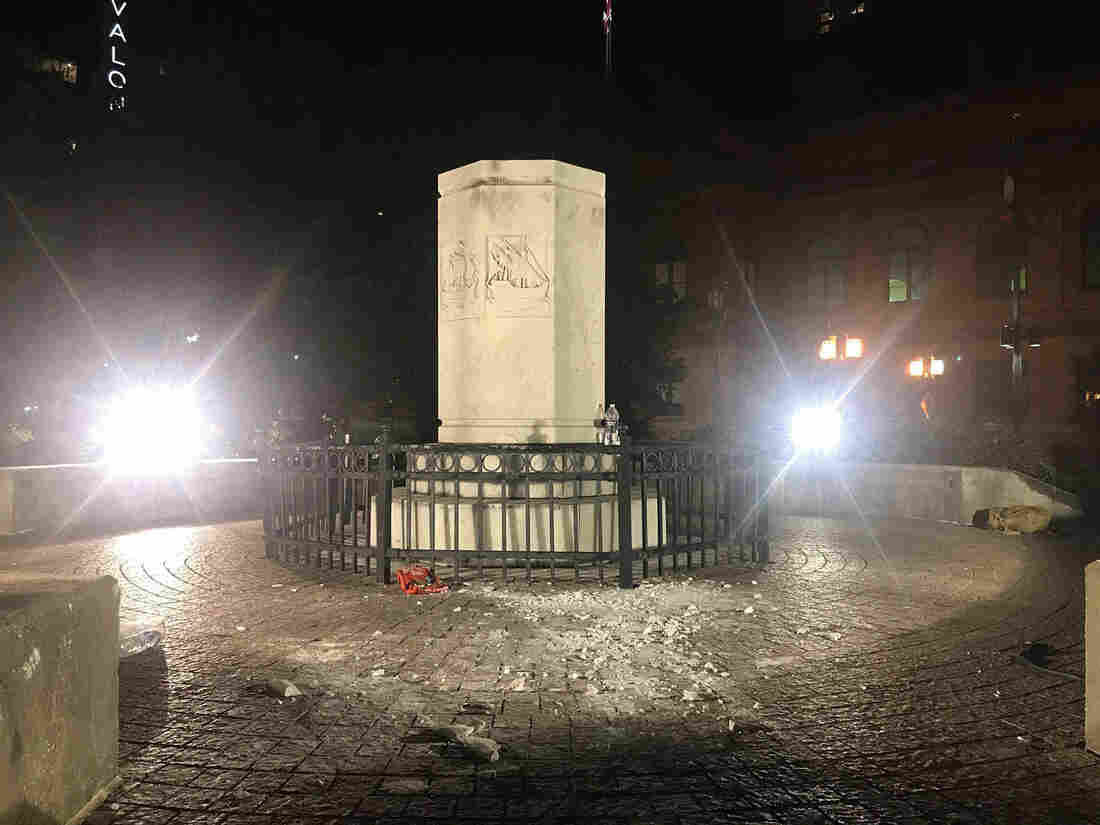 Remains of the Christopher Columbus statue near Little Italy in Baltimore after it was ripped from its pedestal by protesters on July 4, 2020.

Protesters in Baltimore pulled down a statue of Christopher Columbus and hurled it into the city’s Inner Harbor on Saturday night, adding to the list of monuments toppled during nationwide demonstrations against racism and police brutality.

In videos posted to social media, protesters can be seen using ropes to yank down the statue — located near the city’s Little Italy neighborhood — before throwing it into the harbor amid cheers.

According to the Baltimore Sun, they were marching in support of the reallocation of funds from the police department to social services, a reassessment of the public education system, reparations for Black people, housing for the homeless and the removal of statues “honoring white supremacists, owners of enslaved people, perpetrators of genocide, and colonizers.”

While the 15th-century Italian explorer credited with discovering the New World was once widely hailed as a hero, his legacy is increasingly one of violence against and exploitation of native people.

Lester Davis, a spokesman for Baltimore Mayor Bernard C. “Jack” Young, told the Sun the toppled statue is part of a “re-examination taking place nationally and globally around some of these monuments and statues that may represent different things to different people.”

“We understand the dynamics that are playing out in Baltimore are part of a national narrative,” Davis said. “We understand the frustrations. What the city wants to do is serve as a national model, particularly with how we’ve done with protesting. We’ve seen people who have taken to the streets, we have supported them. We are going to continue to support it. That’s a full stop.” 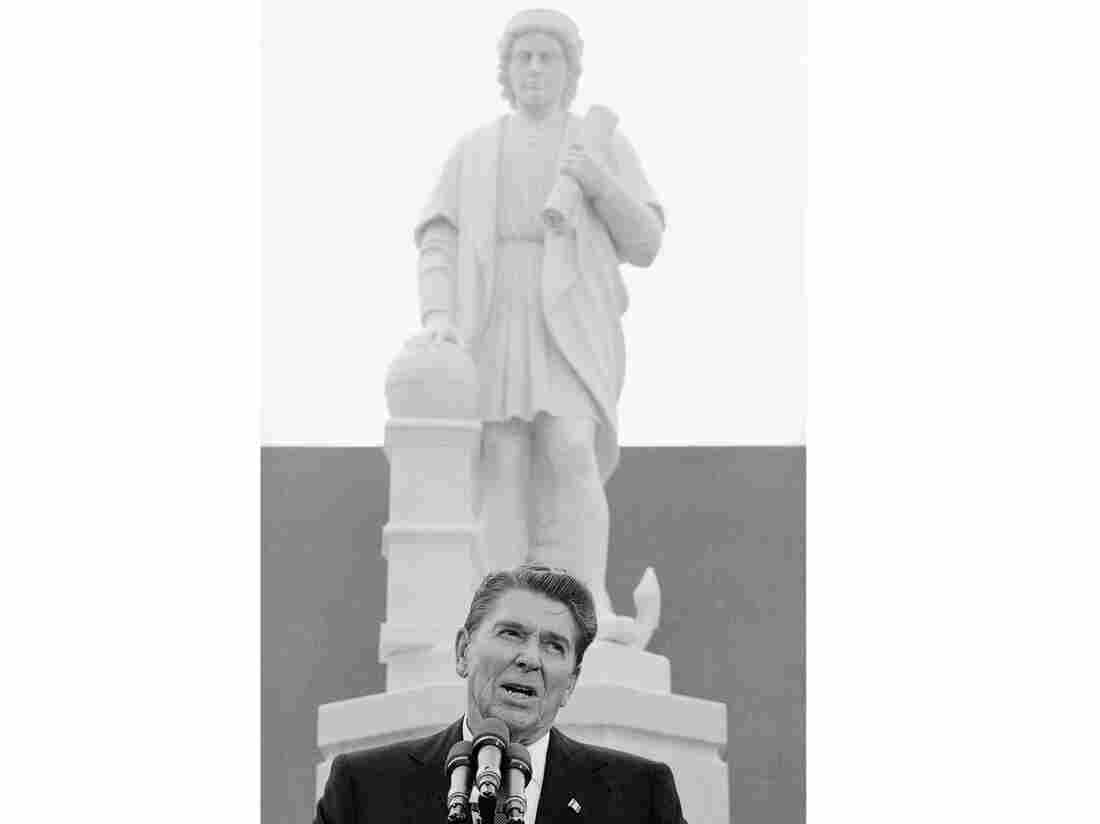 Protesters in Baltimore pulled down a statue of Christopher Columbus and threw it in the harbor on July 4. It had stood near the city’s Little Italy neighborhood since 1984, when it was unveiled by public figures including President Ronald Reagan.

The marble statue toppled Saturday night depicts Columbus facing east into the rising sun, and was dedicated by former Baltimore Mayor William Donald Schaefer and President Ronald Reagan in Oct. 1984. It is one of three monuments to Columbus in the city.

The Italian community holds a wreath-laying ceremony in the area around the statue before the annual Columbus Day Parade, which was replaced by a new Italian Heritage Festival in 2019.

“I support Baltimore’s Italian-American community and Baltimore’s indigenous community. I cannot, however, support Columbus,” said Baltimore City Council President Brandon Scott. In a statement issued on Saturday night, he said he suggested the statue be removed in 2017.

Maryland Gov. Larry Hogan condemned the statue’s removal in a series of tweets on Sunday morning, calling it “the antithesis of democracy.”

“While we welcome peaceful protests and constructive dialogue on whether and how to put certain monuments in context or move them to museums through a legal process, lawlessness, vandalism, and destruction of public property is completely unacceptable,” he wrote.

Baltimore is not the only city grappling with Columbus’ controversial legacy.

The city of Philadelphia recently announced it will ask the Philadelphia Art Commission on July 22 to approve the removal of a Columbus statue from Marconi Plaza.

And statues of the explorer have recently been taken down or vandalized in cities including Richmond, Va.; St. Paul, Minn.; New Haven, Conn.; Boston; Miami and Columbus, Ohio.