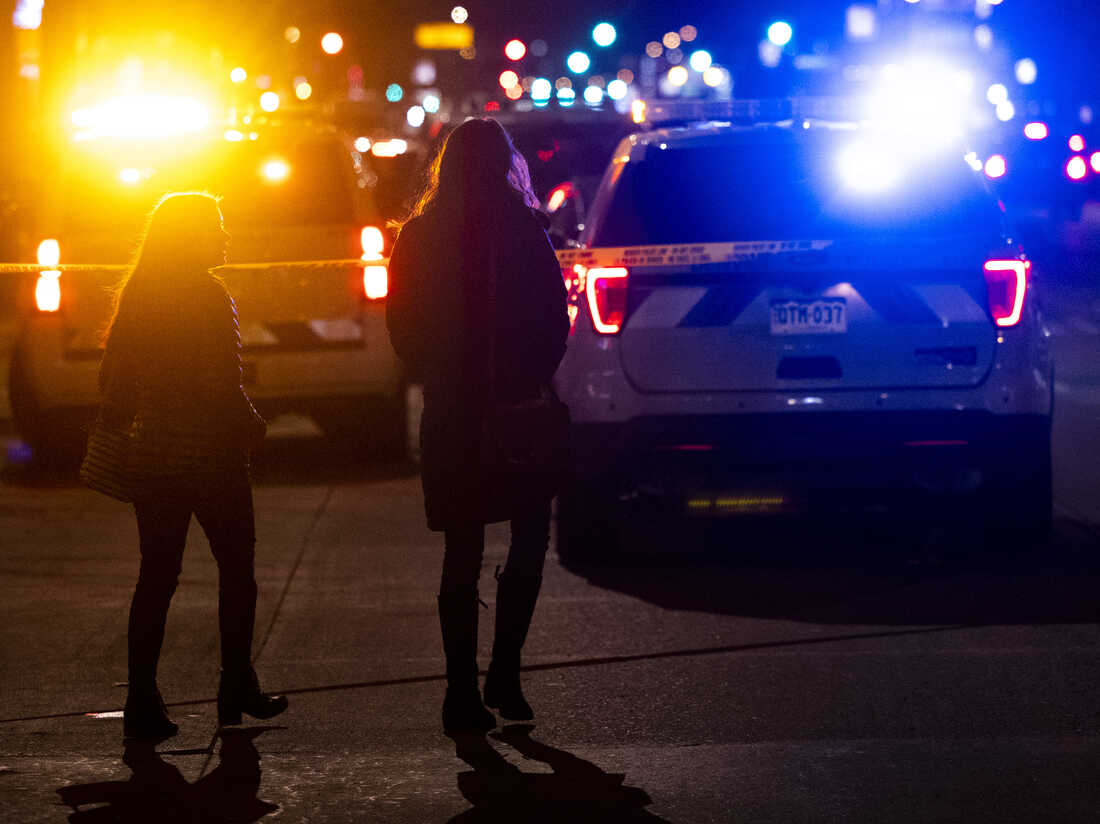 People walk past the Sol Tribe tattoo shop where two women were shot and killed and a man injured on Dec. 27 in Denver, Colo. It was the first in a series of shootings that claimed five lives across the area.

Attorney General Merrick Garland on Friday said the federal government wants to create a “comprehensive” response to the scourge of gun crime that involves working more with cities and states.

“At the Justice Department, we stand shoulder to shoulder with you in the fight against violent crime and we will use every tool at our disposal to protect our communities,” Garland said in remarks to the U.S. Conference of Mayors in Washington on Friday.

The number of murders in the U.S. jumped by nearly 30% in 2020 from 2019, according to the FBI, the largest single-year increase ever recorded.

The Council on Criminal Justice think tank reported earlier this month that murders rose 7% last year, based on police data from large cities, with Indianapolis, Philadelphia, Portland and at least 10 other municipalities still seeing record numbers of homicides.

Looking beyond officers on the street

State and local police are on the front lines in the battle against gun violence, homicide and assault, and Quinton Lucas, mayor of Kansas City, Missouri, said that communities need a variety of help from the federal government.

“The challenge of the last few years is that too much of the debate has been either-or,” said Lucas, who chairs the mayors conference’s Criminal and Social Justice Committee. “It is either law enforcement — police officers on the street and funding them — or you invest in programs in your community, violence interruption, cure violence models, etc.”

“Resources that help us fund more of our social work programs, particularly our work with young people, that’s the sort of change we need from this administration,” he said. “And I think mayors are waiting to see when that will happen because, Lord knows, the problem isn’t easing up in any of our cities.” 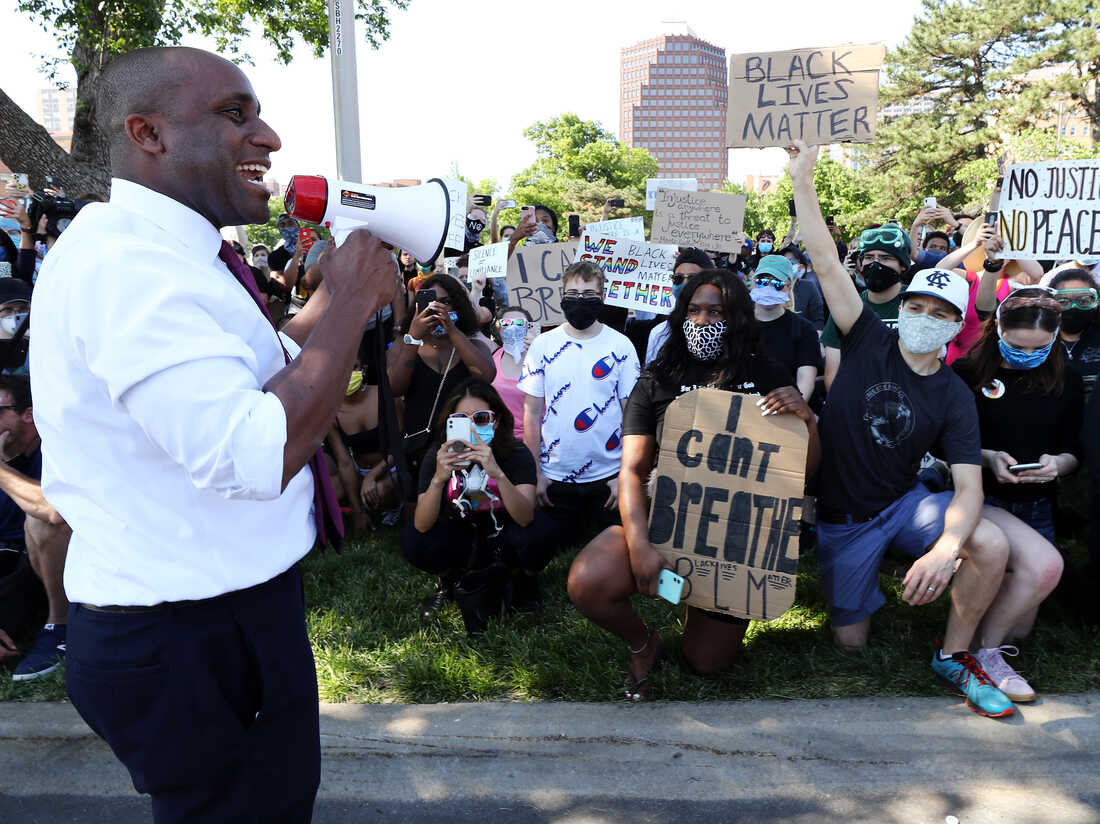 Kansas City Mayor Quinton Lucas addresses demonstrators with a bullhorn during a protest at the Country Club Plaza on May 31, 2020 in Kansas City, Missouri.

The Justice Department under President Joe Biden has already launched five strike forces to disrupt illegal firearms traffic and share intelligence. Garland also has been using executive action: proposing new rules to curb the spread of ghost guns that lack serial numbers to and promote the safe storage of firearms so those weapons stay out of the wrong hands.

Last year the Justice Department handed out $139 million to spur the hiring of more cops on the street. But the Attorney General said on Friday that the department also wants to invest in social workers, community violence interrupters, and programs to help people with mental illness.

There’s a need for more enforcement of laws already on the books, and a new leader for the Bureau of Alcohol, Tobacco, Firearms and Explosives, said Kris Brown, president of Brady United Against Gun Violence. The Biden administration’s first choice for that job, David Chipman, withdrew his candidacy last September after opposition in the Senate and among gun rights groups. 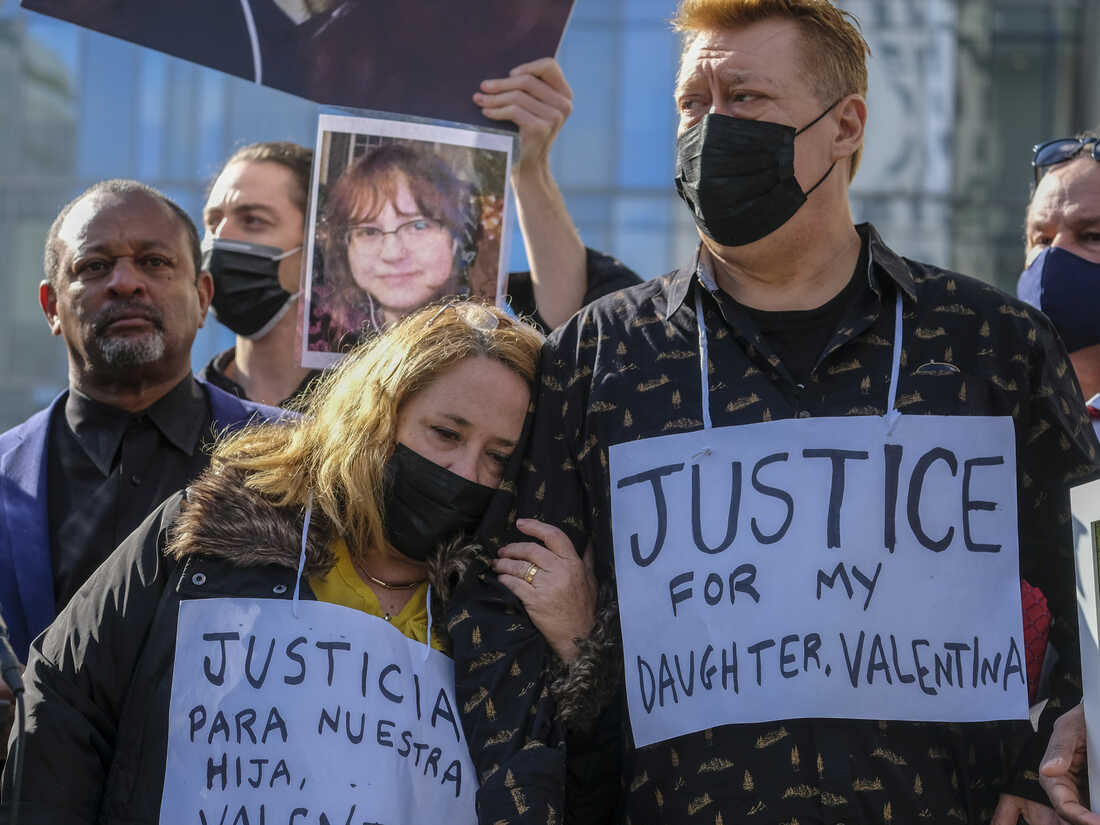 The parents of Valentina Orellana-Peralta, the 14-year-old girl killed by a stray bullet fired by an LAPD officer at a North Hollywood clothing store last week, and their attorneys held a news conference Dec. 28, 2021.

The ATF inspects only a small fraction of gun stores each year and less than one percent of federally licensed gun dealers have their licenses revoked even after serious infractions, Brown said. Her group had to sue for access to information about which gun dealers are responsible for many firearms used in crimes.

“We need this administration to put a director forward who understands the agency and make it work exactly the way it should,” Brown said.

The Justice Department is grappling with multiple challenges, including some 850 reports of threats to officials overseeing elections in states across the country.

On Friday, federal prosecutors brought their first criminal case against a Texas man who threatened officials in Georgia.

Chad Stark, 54, allegedly wrote it was time to “put a bullet” in one election official and pay a visit to another election worker and her family. The indictment cited a post to Craigslist dated Jan. 5, 2021, in which Stark said, “we will find you oathbreakers and we’re going to pay your family to visit your mom your dad your brothers and sisters your children your wife… we’re going to make examples of traitors to our country… death to you and all you communist friends.”

“Today’s charges are a milestone for the election threats task force I announced just last summer,” said Deputy Attorney General Lisa Monaco, in an exclusive interview with NPR. “It wasn’t just that we had seen a surge in threats but also frankly the alarmingly personal and violent and aggressive nature of the threats.” 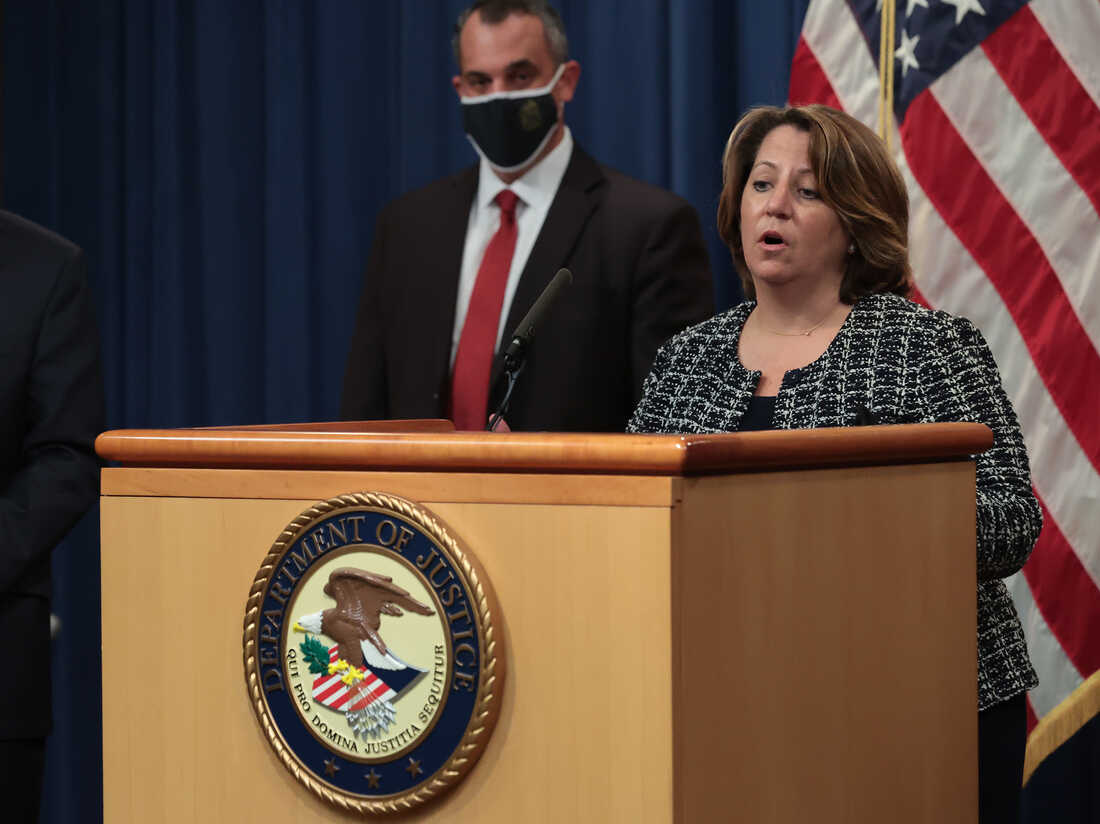 Monaco said election workers are protecting democracy–and the Justice Department will protect them.

“Today’s charges are the first but they will not be the last,” Monaco said.

Justice Department officials said there are dozens of open investigations into election threats.