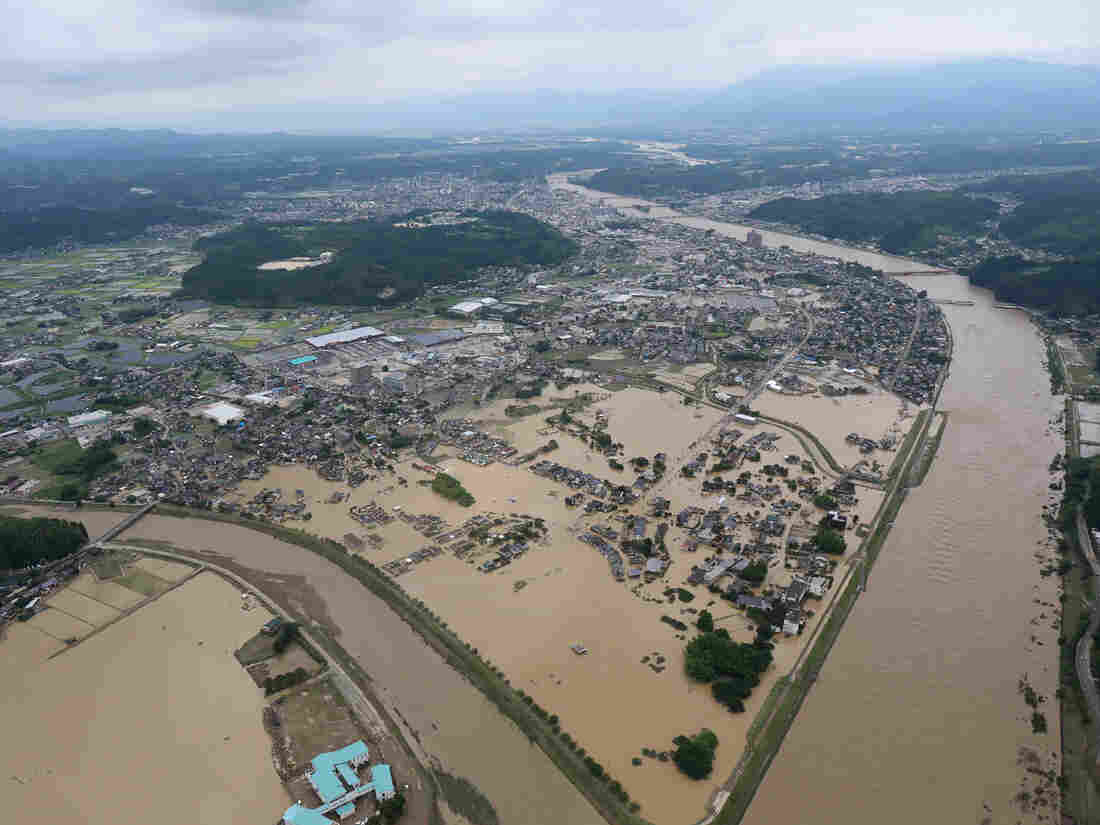 Inundated houses due to heavy rain are shown from above in Hitoyoshi, Kumamoto prefecture on July 4, 2020.

Fourteen of those found without vital signs were at a nursing home in Kuma village, where water and mud gushed into the building. Japanese medical officials declared the victims were in “cardio-respiratory arrest” — a term used in Japan before death can be officially certified.

The flooding was centered in the Kumamoto and Kagoshima prefectures, where the Kuma River overflowed in at least 10 places. The southern island of Kyushu was also hard hit. 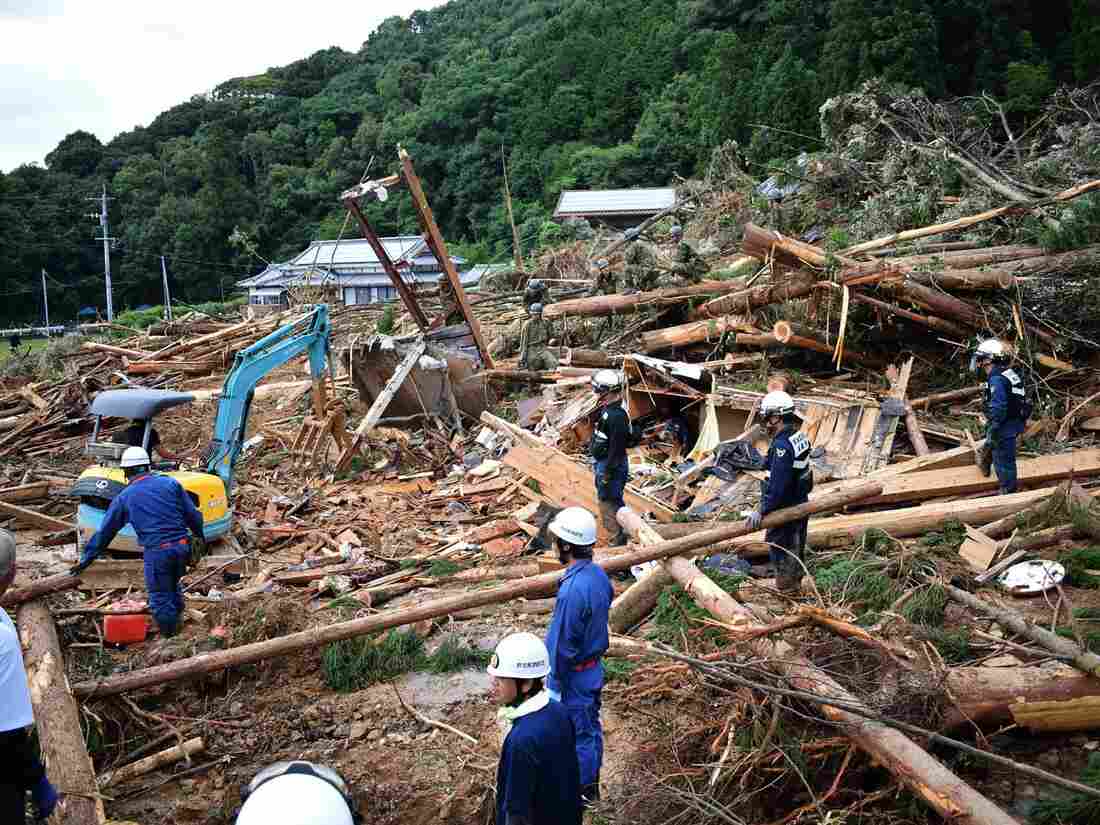 Members of Japan’s Self-Defence Forces work at the site of a landslide caused by heavy rain in Ashikita, Kumamoto prefecture.

By evening, the rain had subsided and emergency responders were searching for survivors. At least 10 people were reported missing and dozens were stranded on rooftops.

“It wasn’t like normal rain,” one woman told the Japanese news outlet NHK. “I honestly never imagined it could be so powerful.”

Japanese weather forecasters had expected heavy rains. The Japan Meteorological Agency issued its highest warning before 5 a.m. Saturday, according to Kyodo News. The agency said the downpour that came was greater than ever before seen in the region, the BBC reported. At one point, part of Kumamoto Prefecture saw almost 4 inches of rainfall per hour.

“I saw large trees and parts of houses being washed away and heard them crashing into something,” Haruka Yamada, 32, told Kyodo News. “The air is filled with the smell of leaking gas and sewage,” he said.