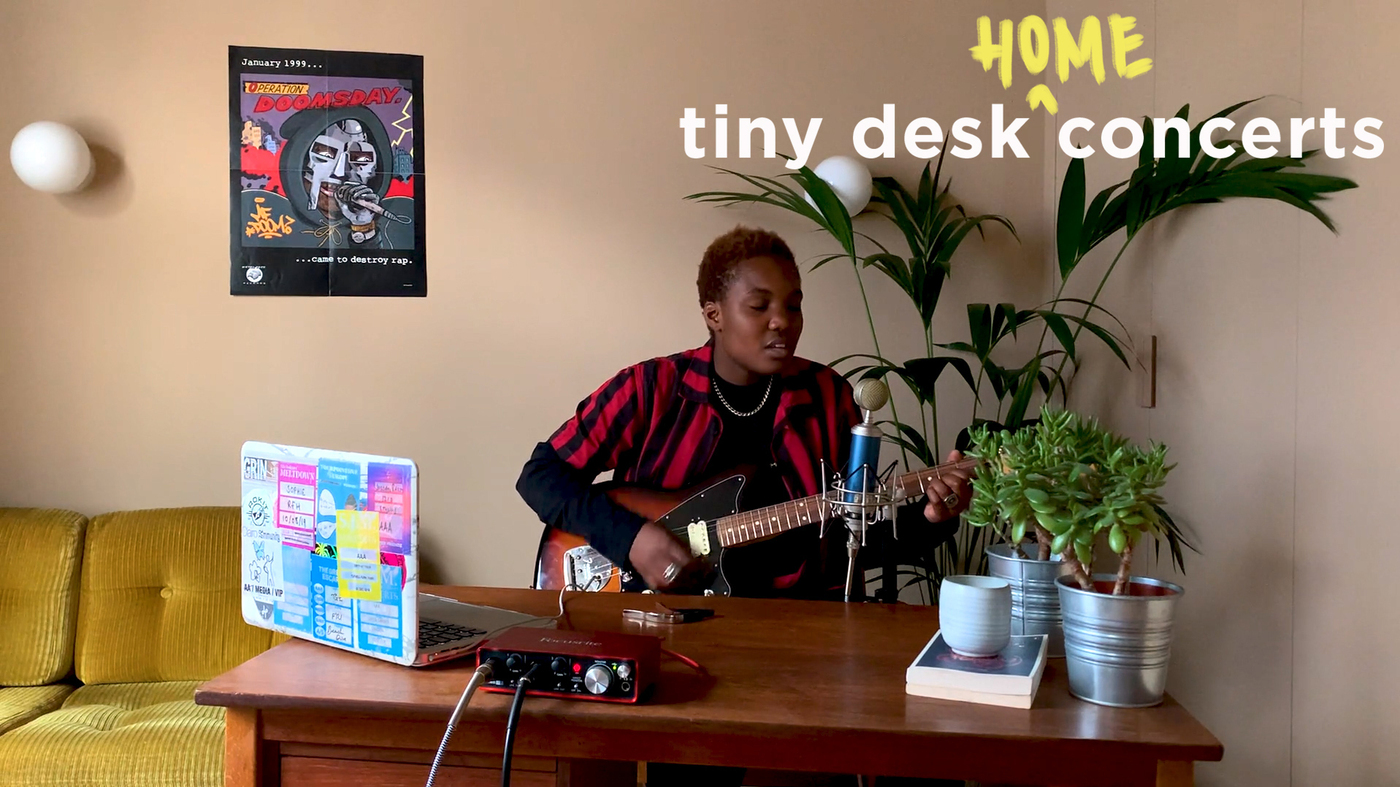 Most of us have experienced some form of heartbreak over the past few months. For me, music has proven to be the ultimate coping mechanism. Arlo Parks’s songwriting taps into the feels we’ve all had this summer. Born Anaïs Oluwatoyin Estelle Marinho in London, she began writing poetry and songs because (according to her short bio) she spent her high school days “feeling like that Black kid in school who couldn’t dance for s***, listening to too much emo music and crushing on the girl in Spanish class.” Her ability to voice harsh bouts of despair, yearning and loneliness is juxtaposed by a gentle delivery that leans into folk and R&B. That same sort of contradiction is apparent in her decor: An MF Doom poster for 1999’s Operation Doomsday hangs in a room with pretty accent lights lights, plants and a corduroy sofa. The subjects she writes about are familiar to us, but our expressions of grief rarely land so beautifully.

Accompanied by a guitar from her home in London, Parks opens with her latest single, “Hurt”, followed by the three songs that introduced her to the world and remind us that we really aren’t alone.