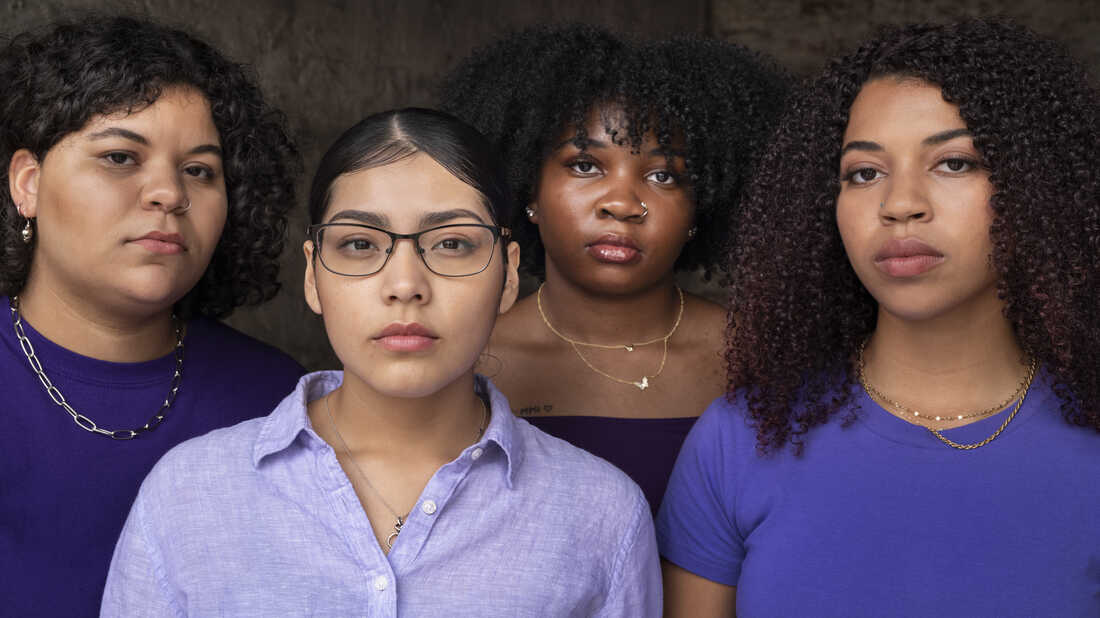 The percussion ensemble Recap has released its striking debut album, Count to Five.

The story begins in a New Jersey elementary school, where four young girls of color — Aline Vasques, Alexis Carter, Tiahna Sterling and Arlene Acevedo — were all best friends. In middle school they began studying percussion together with Joe Bergen, a member of the Mantra Percussion ensemble. They continued through high school and graduated from Mantra’s Youth Percussion Program. Now, at ages 19 and 20 — still mentored by Bergen — they’ve formed Recap and released Count to Five, an outstanding debut album.

These young women, and their new recording, represent nothing less than a paradigm shift in the field of percussion, where ensembles have long been populated almost exclusively by men. In addition, all the music on Count to Five is by women composers. Acevedo, talking about the new album online, said, “We want to show the world that anyone can do this. We’re young women of color doing this and you can too.”

Each of the six pieces on the album establishes a unique sound world. On Hammers, Sterling doubles as a flutist, deftly negotiating the jagged rhythms that interlock with various sizes of drums played by her colleagues. The music is by Allison Loggins-Hull, who happens to be Sterling’s flute professor at Montclair State University.

The album is anchored by Lesley Flanigan’s Hedera, a mesmerizing and surprisingly meditative 20-minute work. Recap, on bass drums and tom-toms, lays down a pulsating foundation. Over top, the composer’s voice floats like pastel-colored clouds, increasing in density.

Percussion isn’t only about banging on drums. The album’s title track, by Puerto Rican composer Angélica Negrón, sounds like you’ve opened up a dusty box of household items — and memories. Playing cards get shuffled, bubble wrap is squeezed, wine glasses are struck and chairs get dragged across the floor while a harmonica repeats a single note. Memory also plays a part in “Samar’s Song” by Mary Kouyoumdjian. Her voice — backed by violin, vibraphone and bass drum – pours out in grieving tones to remember the story of 5-year-old Samar Hassan, whose parents became civilian casualties before her eyes during the Iraq War.

Two recent Pulitzer-winning composers, Ellen Reid and Caroline Shaw, contribute to Count to Five. Reid’s shimmering Fear / Release twirls like a kaleidoscope of shiny metal, while Shaw looks back in time with the song “Will There Be Any Stars in My Crown.” She borrows words from an old 19th century hymn, one that’s also been recorded by the likes of George Jones. But the song assumes a new identity when Recap takes to marimbas, backed with subtle colorings of strings, piano and clarinets by the new music ensemble Transit. Shaw keeps the old-world feeling, but in this rendition the song feels more like an incantation than something to be sung in church.

With this impressive debut, the members of Recap see themselves as role models for other young women interested in percussion. And now, they’re all off to college — but oddly none are majoring in percussion. Still, for the time being, they simply want to continue playing together, strengthening that longstanding bond of music among friends.