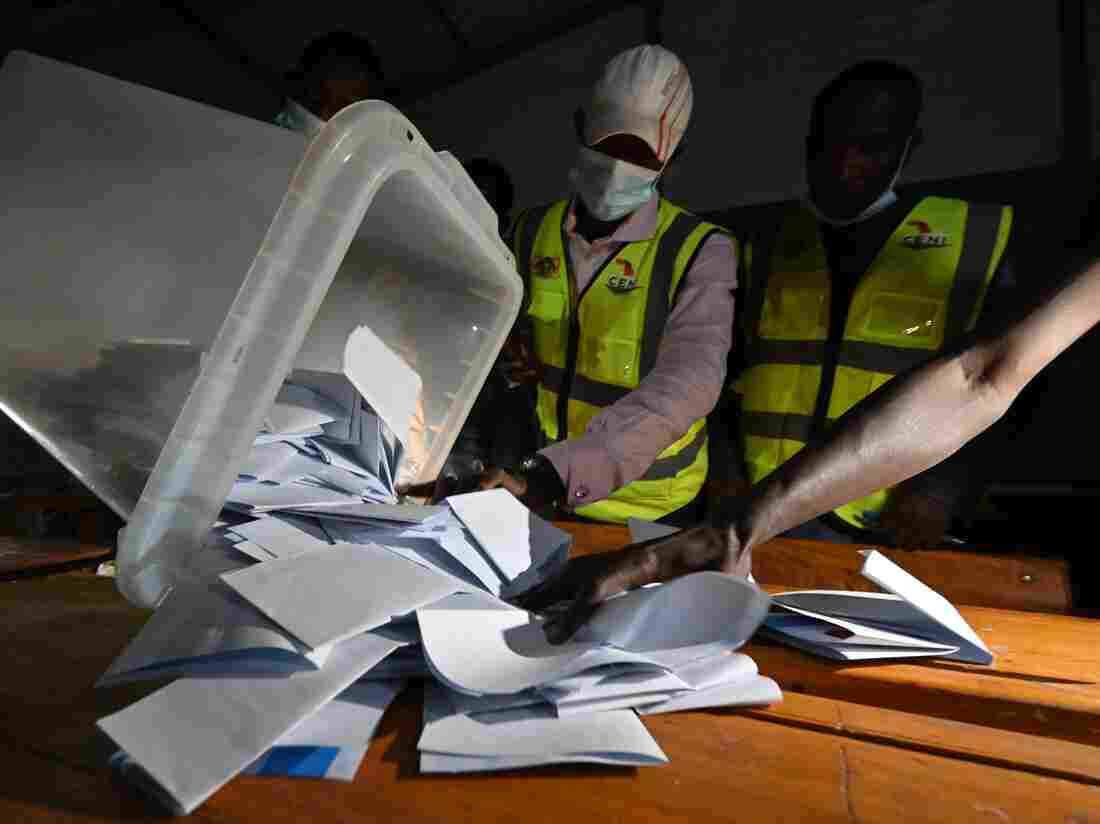 Niger’s Electoral Commission workers count the ballots at a polling station during Niger’s presidential election runoff in Niamey on Sunday. In the country’s west, a vehicle carrying poll workers struck a landmine, killing seven and seriously wounding three others. It’s unclear if the vehicle was deliberately attacked.

Seven workers with Niger’s election commission were killed in a landmine explosion during a day of voting that’s expected to bring the country’s first democratic transition of power since becoming an independent nation.

Media reports say a vehicle belonging to Niger’s election commission struck a landmine in the rural community of Dargol. The vehicle was carrying election workers to polling stations in the country’s southwest.

“They were leaving to drop off the ballot boxes and the members of the polling station,” Harouna Mounkaila, the commission’s vice president, told Reuters. Three other workers were seriously wounded, Mounkaila told the news service.

It was unclear if the vehicle was deliberately targeted.

Dargol is in the western region of Tillaberi, where Niger, Burkina Faso and Mali meet. Armed groups with links to al-Qaida and ISIS have strengthened their foothold in the region and launch frequent attacks, according to Al Jazeera.

Suspected Islamist militants killed at least 100 people in two towns in western Niger in January in the worst violence in recent memory.

Bazoum, a former interior and foreign affairs minister, is highly favored to win Sunday’s vote. In December’s first round, Bazoum secured nearly 40% of the vote. Ousmane, who was Niger’s first democratically elected president in 1993, got only 17%.

The decision by outgoing President Mahamadou Issoufou to voluntary step down after two five-year terms brought about the election that would mark Niger’s first peaceful transfer of power between elected presidents. The country has seen four coups, Reuters reports, since achieving independence from France in 1960.

Bazoum, who is endorsed by the president, has vowed to continue Issoufou’s policies toward combating Islamist extremism in the country. After the first round of voting, Bazoum also secured endorsements from two other candidates.

His rival, Ousmane, who was ousted in a 1996 military coup, has also pledged to address security concerns, but has promised to also bring to change to Niger’s governance.

Ousmane refuses to accept Bazoum’s front-runner status, Reuters reports, alleging the first round margin resulted from fraud. Ousmane hasn’t provided any evidence to back his claim.