3 Questions And The Emerging Answers About COVID-19 Vaccine Protection 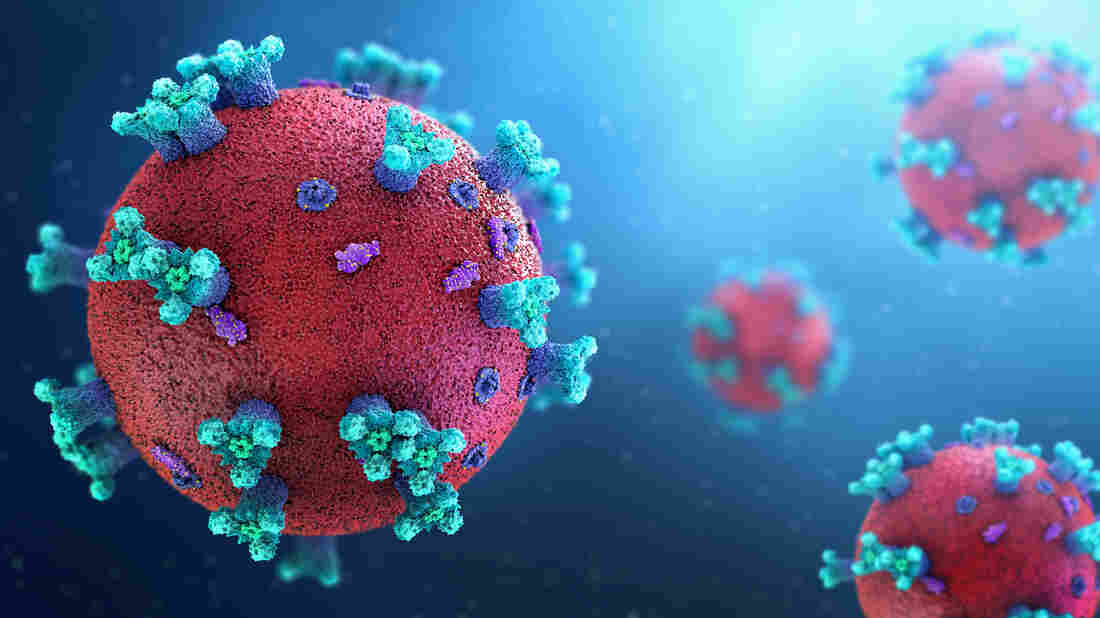 Researchers are making progress in understanding the human immune response to the SARS-CoV-2 virus and the vaccine to prevent COVID-19.

As the COVID-19 vaccine rolls out, three big questions loom. First, can someone who has been vaccinated still spread the disease? Second, will the vaccine remain effective as the virus itself evolves? And third, how long will the vaccine’s protection last?

Let’s start with the first question, about whether people who are vaccinated can still spread the disease. Marion Pepper, an immunologist at the University of Washington, says that’s not just an open question for this vaccine, but for vaccines in general.

“I think it’s hard to say because we’re constantly being bombarded by different pathogens and we don’t know when your immune system is responding,” she says. We may have infections that don’t make us sick, so we never know about them. But we could be spreading disease.

When a person is infected – or inoculated with a vaccine – the immune system gears up to produce antibodies that specifically target the virus. Over time, those antibodies naturally wane. But the immune system still holds a memory of the virus, and if it ever shows up again, cells spring into action and start to gear up a new batch of antibodies. However, that process can take three to five days.

In the meantime, a virus can potentially start to replicate in the body.

“It’s a bit of a race between the immune system and the virus,” says Dr. Michel Nussenzweig, a Howard Hughes Medical Institute investigator at The Rockefeller University.

If the immune response kicks in quickly, very little virus would be produced. Your ability to spread disease “is really a function of how much virus you’re producing,” Nussenzweig says.

It seems likely that a person’s immune system will win that arms race, but scientists don’t have the data yet to say that with confidence. That’s why people who have been vaccinated are still supposed to wear a mask and take other precautions – until that gets sorted out.

Another wild card here is that your lungs and nasal passages contain a population of so-called T cells, which are primed to identify cells that have been infected with a virus. This type of T cell is much harder to study, since they stay inside tissues, so scientists studying blood samples don’t end up seeing them.

Since these T cells are primed to react immediately, they might also help bridge the gap between the time you get infected and the time that your immune system can mount a full response with antibodies.

“In influenza, those T cells that are embedded in the tissue can have a dramatic effect of limiting the infection,” says Stephen Jameson, an immunologist at the University of Minnesota school of medicine. But whether they perform as well in COVID-19, “we don’t really know enough yet,” he says.

The second question, about whether the vaccine will remain effective even as the virus evolves, is harder to answer. Scientists thus far aren’t too concerned about the current strains of the virus that are spreading globally – vaccines will apparently still work against them. But the virus will continue to morph, with uncertain consequences.

“Even though everyone is obviously concerned about a virus evolving, your memory B cell responsiveness also evolves over time,” Pepper says.

Memory B cells are an important component of the immune system because remember an infection. These lurk in your bone marrow, and are ready to morph into antibody-producing cells if the virus they “remember” reappears in your body.

But they don’t simply remember one specific antibody that has worked against a virus in the past. They can also randomly generate new antibodies that are similar, and which may be more effective against a strain of virus that your body has never seen.

“It’s pretty much the only time in the body where a mature cell introduces mutations intentionally into the DNA,” Pepper says.

But remarkable as this system is, it does have limits. Viruses that undergo significant changes from one year to the next, such as the flu, can outmaneuver this system. That’s why you need a new flu shot every year. The coronavirus that causes COVID-19 mutates much more slowly than the flu, but it’s not yet clear whether memory B cells will be adaptable enough to keep the virus permanently in check.

Finally, is the question of how long a vaccine will last.

In some instances, your immune system can have a very long memory.

“Some natural infections can give you lifelong immunity,” Jameson says. “You only get it once and you’re protected for the rest of your life.”

Vaccines mimic a natural infection to trigger an immune response. But vaccines may require a boost to keep that immunity strong. The memory B cells that target the coronavirus that causes COVID-19 may not have the staying power of the cells that protect us from the measles, for instance. So far, scientists have observed that these memory B cells have persisted for many months following a case of COVID-19, but it’s too early to say anything about whether they will eventually fade.

“The good thing is there would be the opportunity that if it turned out there was some waning of the immune response,” Jameson says. “Then, like many other vaccines, maybe … you get another booster after a year or something.”

These questions reflect how much scientists have come to understand about our immune system in recent years. COVID-19 is also illuminating what we still don’t know about how the immune system defends us from infectious germs.

“It’s been very interesting to watch this unfold in real time,” Pepper says, “because we’re learning so much about this virus and the immune response to it, in a way that we’ve never done previously.”

You can contact NPR Science Correspondent Richard Harris at rharris@npr.org.