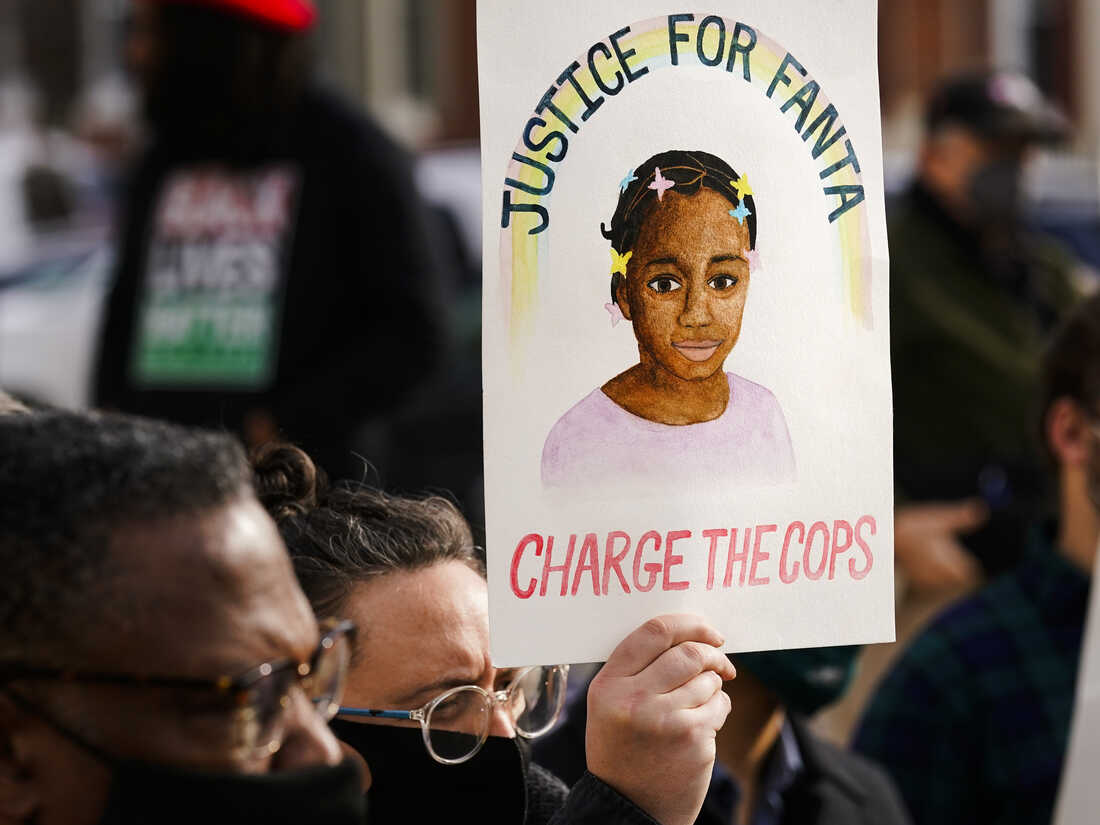 Three Sharon Hill police officers have been charged with manslaughter and reckless endangerment after firing their weapons into a crowd of people exiting a high school football game outside of Philadelphia, killing Bility and injuring three people.

Three officers involved in the August death of 8-year-old Fanta Bility outside of a high school football game near Philadelphia have been charged with 12 counts of manslaughter and reckless endangerment, the Delaware County district attorney announced on Tuesday.

A two-month-long grand jury investigation led to the filing of criminal charges against Officers Devon Smith, 33, Sean Dolan, 25, and Brian Devaney, 41, of the Sharon Hill Police Department, who unleashed a hail of bullets at a car amid crowds of people.

“Police have to be held accountable as everybody else is for deadly force,” District Attorney Jack Stollsteimer said in a news conference.

Stollsteimer’s office also withdrew murder charges against the two teenage boys who started the deadly confrontation on Aug. 27. Angelo “AJ” Ford, 16, and Hasein Strand, 18, had both been charged with first-degree murder in Bility’s death, even after prosecutors determined it was not their bullets that had killed the young girl or injured any of the four other shooting victims.

The charges against the teens drew outrage from activists and local community members who described it as “a ruse to distract from the terrible decisions police officers made that day – and to allow them to evade scrutiny.”

On Tuesday, the district attorney clarified that Ford and Strand are still charged with aggravated assault for their involvement in the shootings.

According to Stollsteimer, Strand “accepted responsibility for his role in this tragedy” by pleading guilty to aggravated assault for his wounding of a child bystander during the gunfight and illegal possession of a firearm. He will serve between 2 1/2 to 5 years in a state correctional facility.

The violent altercation began with a heated verbal exchange between Ford and Strand following a football game at Academy Park High School. According to investigators, the argument resulted in shots fired, which drew the three officers in the direction of the gunfire. All three discharged their weapons more than two dozen times collectively at a passing car as Bility and her family as well as crowds of others leaving the game were in the same vicinity.

Initially, officials believed it was either Ford or Strand who’d hit Bility but that turned out to be wrong.

“We have now concluded beyond a reasonable doubt that it was, in fact, shots from the officers that struck and killed Fanta Bility and injured three others,” the district attorney’s office said in a statement.

“They picked the wrong target, they shot in the wrong direction at it, and they shot as that target was moving through a crowd of people. And that is why Fanta Bility is dead,” Stollsteimer said on Tuesday.

Through their lawyer, Bruce Castor, the Bility family thanked the district attorney’s office “for following the evidence and the law in bringing forth these charges.”

“From the beginning [Stollsteimer] assured them that he would seek justice for Fanta, and today’s charges indicate that he’s done exactly that,” Castor said, adding that “they made the right call.”

NPR member station WHYY reported that “on hearing word of the charges, the Sharon Hill Borough Council announced in a statement that it plans on voting to fire the officers.”

Devaney, Dolan and Smith were taken into custody on $500,000 bail. It is unclear if any or all have been released. Attorneys for the three officers did not immediately respond to NPR.

They are expected to appear in court for a preliminary hearing on Jan. 27.