Ravi Told George, They Told The World: The Birth Of The Celebrity Benefit Concert 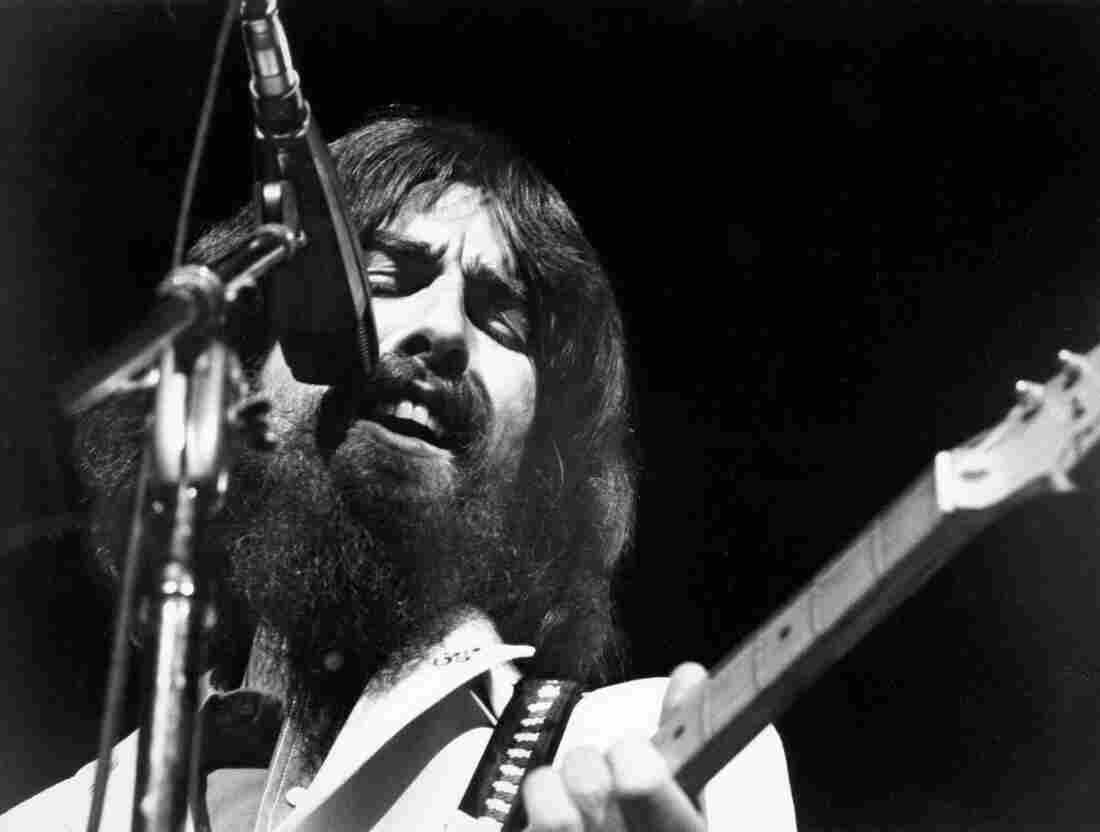 George Harrison performs at the Concert for Bangladesh, held at Madison Square Garden on August 1, 1971 in New York City. Asked why he joined in organizing the event, he said, “Because I was asked by a friend if I’d help, that’s all.”

George Harrison was one of the biggest rock stars on the planet in 1971 but there was no bravado in his voice as he lent his celebrity to discuss a global crisis. Sitting at a press conference that opens the performance film, The Concert for Bangladesh, he was asked why, out of all of the crises in the world, he assembled a benefit for refugees from what was then East Pakistan.

In a tone reflecting why he was dubbed “the quiet Beatle,” Harrison responded simply, “Because I was asked by a friend if I’d help, that’s all.”

They put together an all-star concert at New York’s Madison Square Garden on August 1, 1971 to help Bengali refugees who’d fled violence and were in India. Its immediate impact and lasting influence became far larger than Harrison’s soft demeanor implied. Pop artists became looked upon as more than just entertainers during the late 1960s/early 1970s, and this was the first large-scale pop music event to benefit a major human rights issue.

The impact of the two sold-out performances of the Concert for Bangladesh (along with the accompanying album and film) set the tone for all-star charity events that have followed. Some musician organizers built on the model in their own way and have used newer tools such as social media to raise awareness for myriad causes. But major performances still have the ability to gain more attention and retain viewers longer than Tweets, TikToks or Facebook posts.

Rallying The Fan Base 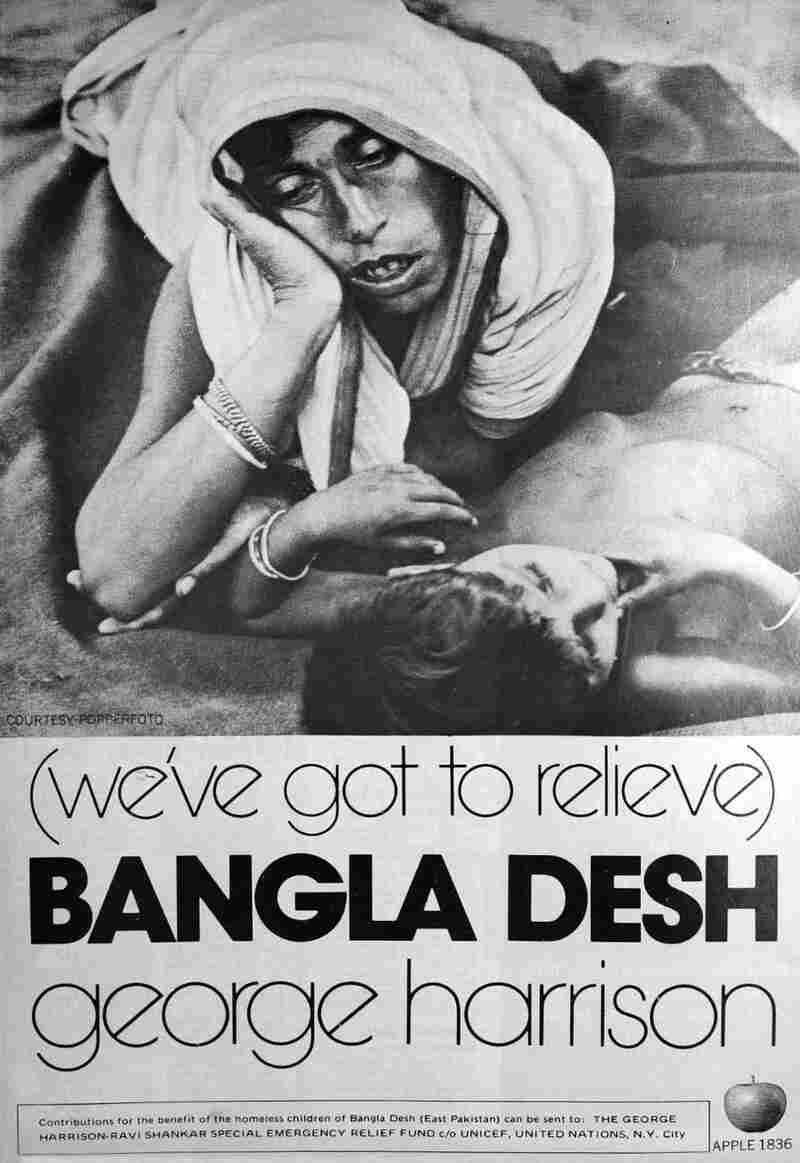 An ad for George Harrison’s single “Bangla Desh” from the August 7, 1971 edition of Billboard magazine.

Perhaps most crucially, the Concert for Bangladesh showed that celebrities could tap into their fan base to make Western audiences more attentive to geographically distant issues.

At the time, the plight in South Asia was dire. During the spring of 1971, the Pakistani army suppressed a democratic Bengali movement for autonomy in East Pakistan (now Bangladesh), killing hundreds of thousands. Millions more fled into refugee camps in India. Harrison’s Indian sitar guru, Ravi Shankar, who was Bengali, told the guitarist about the situation.

Shankar credits the concert for heightening awareness of this strife. “Overnight, everybody knew the name of Bangladesh all over the world,” he said in the 2005 DVD of The Concert for Bangladesh documentary from 1972. “Because it came out in all the newspapers everywhere. So it had a tremendous value to it.”

While Harrison and Shankar said their motives were not political, they did cause consternation among Pakistani’s military regime and its enablers in the United States, according to Gary J. Bass’ historical account, The Blood Telegram: Nixon, Kissinger, and a Forgotten Genocide. Pakistani officials were angered at the attention the concert, album and Harrison’s “Bangla Desh” single brought to atrocities that they were perpetuating.

President Richard Nixon and Secretary of State Henry Kissinger — who skirted a U.S. military aid cutoff and authorized arms to Pakistan during a brief war with India over the situation — were also chagrined. Bass reported that Nixon privately railed at the concert funds going to “the goddamn Indians.”

Musicians who have staged charity events since the Concert for Bangladesh have looked into the causes of the crises that they are addressing. Jamie Drummond co-founded the global anti-poverty foundation ONE with Irish rock singer Bono. He said the mid-1980s Live Aid events — inspired by Harrison’s concert and headlined by a huge roster of stars ranging from Queen to Madonna — caused that event’s organizer Bob Geldof, as well as the U2 star, to look closer at international debt relief. Drummond showed how countries like Ethiopia could not purchase adequate food when saddled with crushing international financial obligations.

“Concerts, show biz for good causes go so far, and fundraising goes so far, but you have to get at the structural causes of the problems,” Drummond said. “That requires engaging a bit more in politics.”

Bob Ferguson, who manages creative alliances and music outreach for Oxfam, said providing information and education on all of these issues is key to his organization’s partnerships with such celebrities as Australian singer Courtney Barnett and pop band Lucius for COVID relief.

“The heaviest part of my job is being able to make sure people are aware of exactly of what is going on,” Ferguson said. “I prefer that our artists are wholly aware of anything they get involved with with us, and we have the luxury of being able to connect artists with experts in the field. An artist wanted to know about our work in Darfur, and we could connect her with somebody in refugee camps in Darfur in 15 minutes.”

For an organization like ONE, which strives to be nonpartisan, it’s also important to work with everyone from American conservatives to French socialists to find common ground on such issues as COVID mitigation, climate change and girls’ education.

“Compromise doesn’t have to be a dirty word,” Drummond said. “Sometimes the best ideas emerge from a tussle between different [political] sides and emerge in the middle. We got debt cancellation done and an historic AIDS initiative thanks to bipartisan American leadership.” 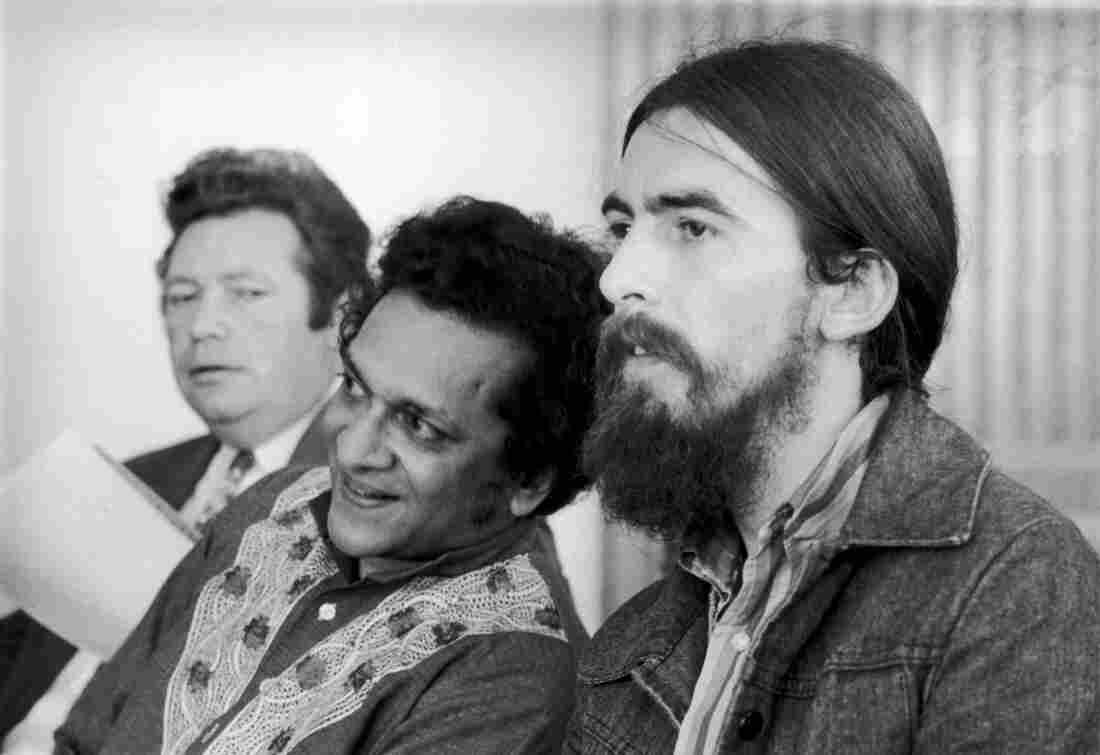 December 1971: Singer-songwriter George Harrison at the Royal Festival Hall with Indian sitar maestro Ravi Shankar, during the time Harrison helped to organize the ‘Concert for Bangladesh’.

Watching Out For Egos — And Paying Attention To Details

Harrison’s genial personality set an example for Western musicians who want to present themselves as using their fame for a larger good. That is not always the case in an industry filled with massive egos, some of whom may use charitable appearances just to burnish their own reputations.

Oxfam has become aware of how some artists may not have altruistic goals when they approach the organization, according to Ferguson. “We have to be on our toes to sniff out opportunities that are more about rehabilitating an artist’s reputation rather than being helpful,” he said. “It doesn’t happen often, but it does happen. So there’s a vetting process to make sure we’re working with people who want to work with us. Music fans can smell a marketing idea or project easily these days.”

Musicians who follow Harrison’s model also need to be aware of the not-so-glamorous bureaucratic chores involved with raising and distributing large amounts of money. While his concert raised more than $243,000 for UNICEF, the U.S. Internal Revenue Service held up millions from subsequent record sales because the event’s organizers had not applied for nonprofit status (that issue has been resolved). Drummond said artist-run charities need to always take such operational sides of fundraising seriously.

And the impact can be tremendous. In the case of the Bangladesh concert, its legacy continues to help around the world to this day via the George Harrison Fund for UNICEF. “There’s no point in getting the show biz right and then getting the actual delivery of the thing you’ve done the show for wrong,” Drummond said. “The good news is if you are a celebrity in this area there have never been more people wanting to help you. There are more cottage industries now definitely helping influential people with philanthropy and advocacy.”

The Right Music, The Right Tone

Even though Harrison along with his British and American rock star friends drove ticket sales for the Concert for Bangladesh, Shankar’s opening performance meant music from the impacted region was represented. Such inclusion is crucial for showing a people’s culture is always far more than their victimization. Drummond said that he is looking to include more African musicians — as well as African athletes and movie stars —in events that focus on that continent.

The Tibetan musicians who performed in last year’s Tibet House Benefit Concert in New York’s Carnegie Hall are one example of such involvement. That diversity also inspires audiences’ active participation, according to Ferguson. He added that this involvement could be at any level, from signing a petition to joining an organization.

“The Tibet house concerts at Carnegie opened with a prayer, a lengthy chant from monks,” Ferguson said. “So you knew right then and there that this is for real, that you’ll be there not only for some interesting music but leave ready to take some action.”

Aaron Cohen is the author of Move On Up: Chicago Soul Music and Black Cultural Power (University of Chicago Press) and Amazing Grace (Bloomsbury). He teaches humanities and English composition at City Colleges of Chicago and regularly writes about the arts for such publications as the Chicago Tribune, Chicago Reader and DownBeat.