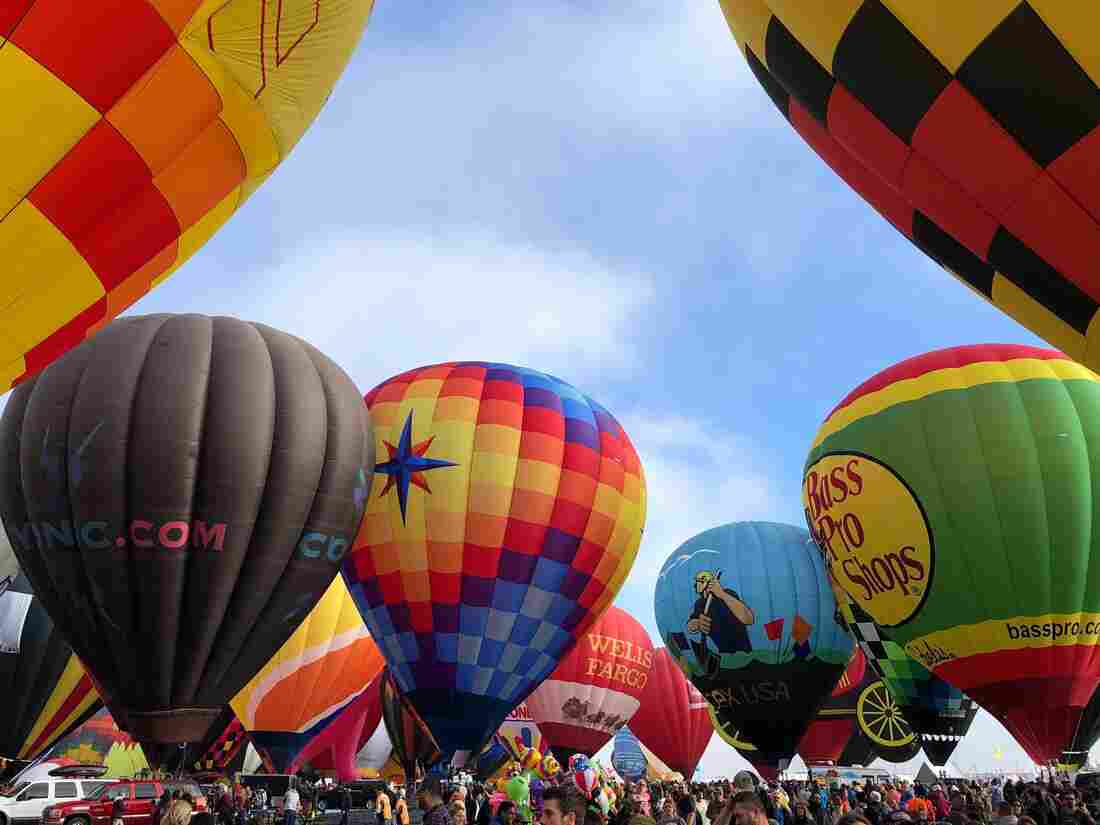 Two people suffered minor injuries after a hot air balloon struck a power line, igniting a fire when the gondola made a hard landing on the outskirts of Rio Rancho, N.M.

Local reports say it was a day of hard landings for other balloons flying as part of the Albuquerque International Balloon Fiesta. The annual Fiesta attracts balloon pilots from around the globe and 40 U.S. states.

In the first incident, the pilot and passenger — both women — were thrown from the gondola when it landed and bounded along wide terrain before catching fire. They were hospitalized with what was reported as non-life-threatening injuries. The balloon had hit a power line on its descent, causing some equipment damage. An investigation is underway.

In another incident, a balloon called “Mr. Fish” hit a tree before snagging on a light pole near the Lovelace Medical Center in northeast Albuquerque. The pilot, who said he had 30 years flying experience, said he had tried to land elsewhere, but unfriendly winds brought him into the city. There were no injuries.

A passenger with a preexisting medical condition was treated at the Fiesta launch site after a reported third hard landing on the field.

The nine-day Fiesta featured 550 hot air balloons and attracted more than 886,000 spectators, according to the organization’s website.